Gaga Brings The House Down For V 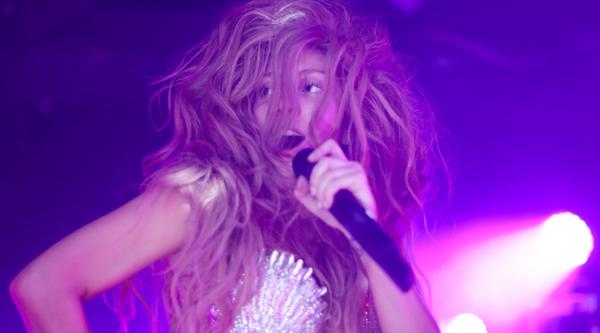 (NEW YORK) After gracing your Daily with her eloquent, crazy-coiffed, generally fabulous presence at the Fashion Media Awards on Friday night, she was on hostess duty last eve to throw a bash at Le Poisson Rouge for V magazine and her fellow Daily cover star, Stephen Gan.

The expectedly fabulous audience included Jessica Alba, James Franco, Jack White, Rose McGowan, Paris and Nicky Hilton, Jeremy Scott, Inez and Vinoodh and oodles more creatures of the eve (and friends of the V crowd). Gaga took to the stage after 1 a.m. in a bedazzled clamshell bikini and that massive mane (a smidge of The Little Mermaid, anyone?). It should come as absolutely no surprise that she garnered plenty of, well, applause. Stumbling to those 10 a.m. Sunday shows after getting Gaga-fied? That’s what iced Red Eyes are made for, darlings.
ALEXANDRA ILYASHOV