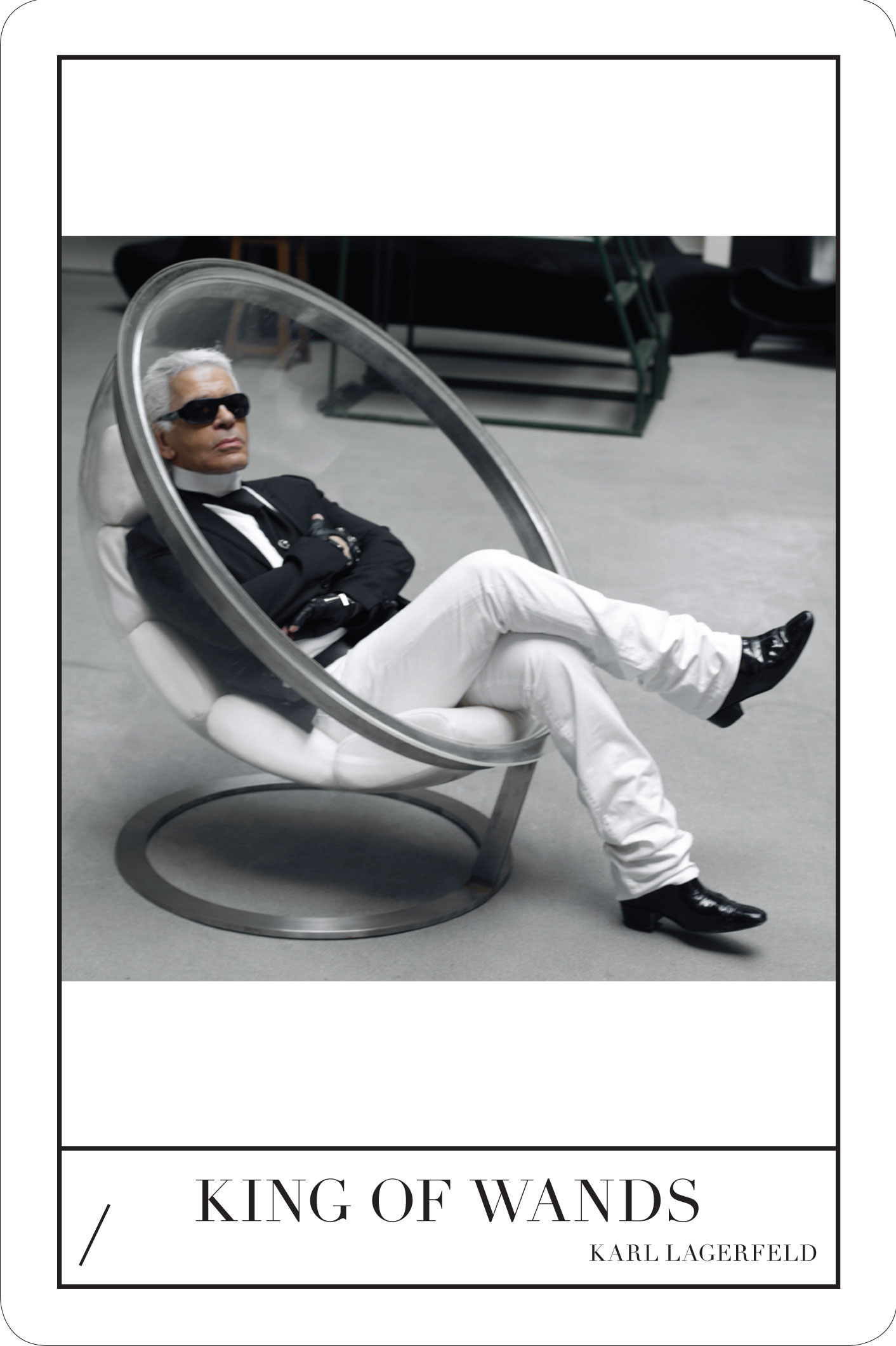 Karl Lagerfeld and Christian Louboutin have a say in more than the future of fashion: They’re among the faces on a series of tarot cards in “Contemporary Magic: A Tarot Deck Art Project.” What your Daily once dubbed the “chicest tarot reading ever,” the traveling exhibition turned tome is celebrating five years with an auction of the limited-edition prints, offered exclusively on Paddle 8. Curated by Stacy Engman, the works focus on major artists and fashion creatives, including Lagerfeld (King of Wands), Marc Jacobs (Knight of Pentacles), John Currin (Ten of Cups), Tracey Emin (the Empress), Louboutin (Nine of Cups), and more.

The auction opens tomorrow, October 29, at noon and closes in on Friday the 13th of November. Proceeds will benefit the exhibition, which has been displayed at the Andy Warhol Museum, Salvador Dalí Museum and Virginia MoCA, and an anniversary print edition, which will be added to the permanent collection at the Andy Warhol Museum, where the show debuted alongside the Velvet Underground Tarot Cards film and tarot card deck by Warhol.

Brad Pitt Gets All Benjamin Button for V