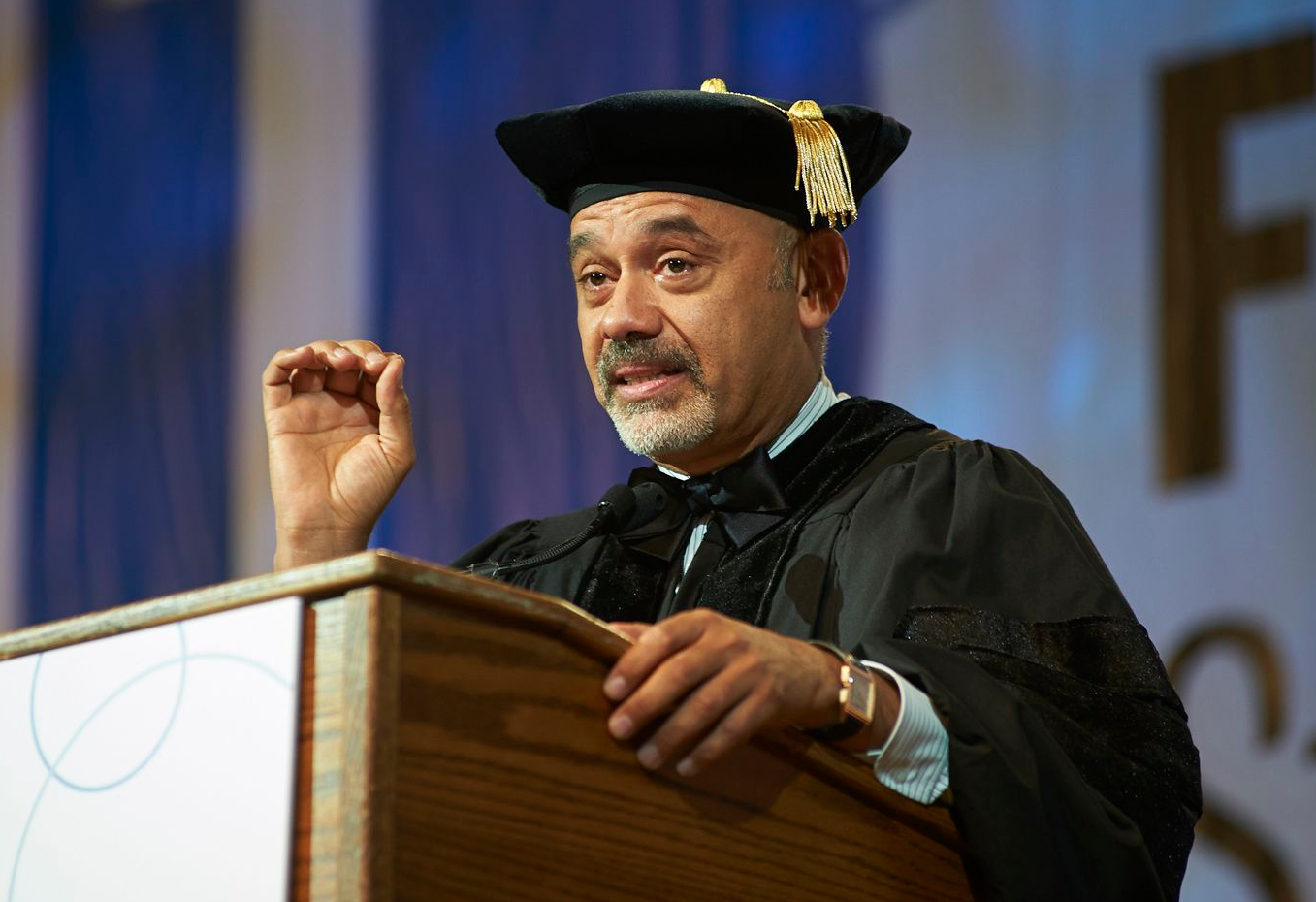 FIT held its 2014 commencement ceremony yesterday at the Javits Center and it was anything but ordinary: There was a techno remix of the graduation march, celeb guests, and even a marriage proposal! Amid the excited families and the elegantly dressed faculty, we could spot the glamorous toppers of the graduates. It wouldn’t be an FIT commencement if the caps weren’t totally chic…The ceremony didn’t just honor the fashion students, though, since FIT’s school of art and design is dedicated to 17 majors, from computer animation to toy design.

The faculty had inspiring words to share with the students: stay away from technology once in awhile and try not to get too wrapped up in dreams of fame. Next up, Christian Louboutin received an honorary Doctorate of Fine Arts. Louboutin was nervous himself and admitted to being shy. “I hate [this] exercise, but I had to do it.” The audience was thrilled. Despite being out of his element, Louboutin’s sense of urgency when he spoke was breathtaking. “I have three words,” he stated when he began to tell the grads of his own struggles. “Friendship, freedom, and keep your doors open.” He encouraged the new graduates to make their own rules and to seek new experiences. As a man who has designed shoes since he was twelve, he eventually grew tired of shoe design and spent two years designing gardens. “It was a wonderful experience,” Louboutin said. “The problem with that was I was in my twenties and very impatient.” He stressed the idea that youth will allow these students to not just follow one specific dream, but all dreams.

This idea stayed with us as we watched the students march. Yesterday they were shaking hands with the President of FIT and Instagraming the event. Today they’re worrying about their futures, but hopefully Louboutin’s words put them at ease for just a moment. Who knows? Maybe the next red-bottom shoe is going to come from FIT’s fab class of 2014.
SAMANTHA BOREK

The Daily Summer Returns! Where Can You Find It?