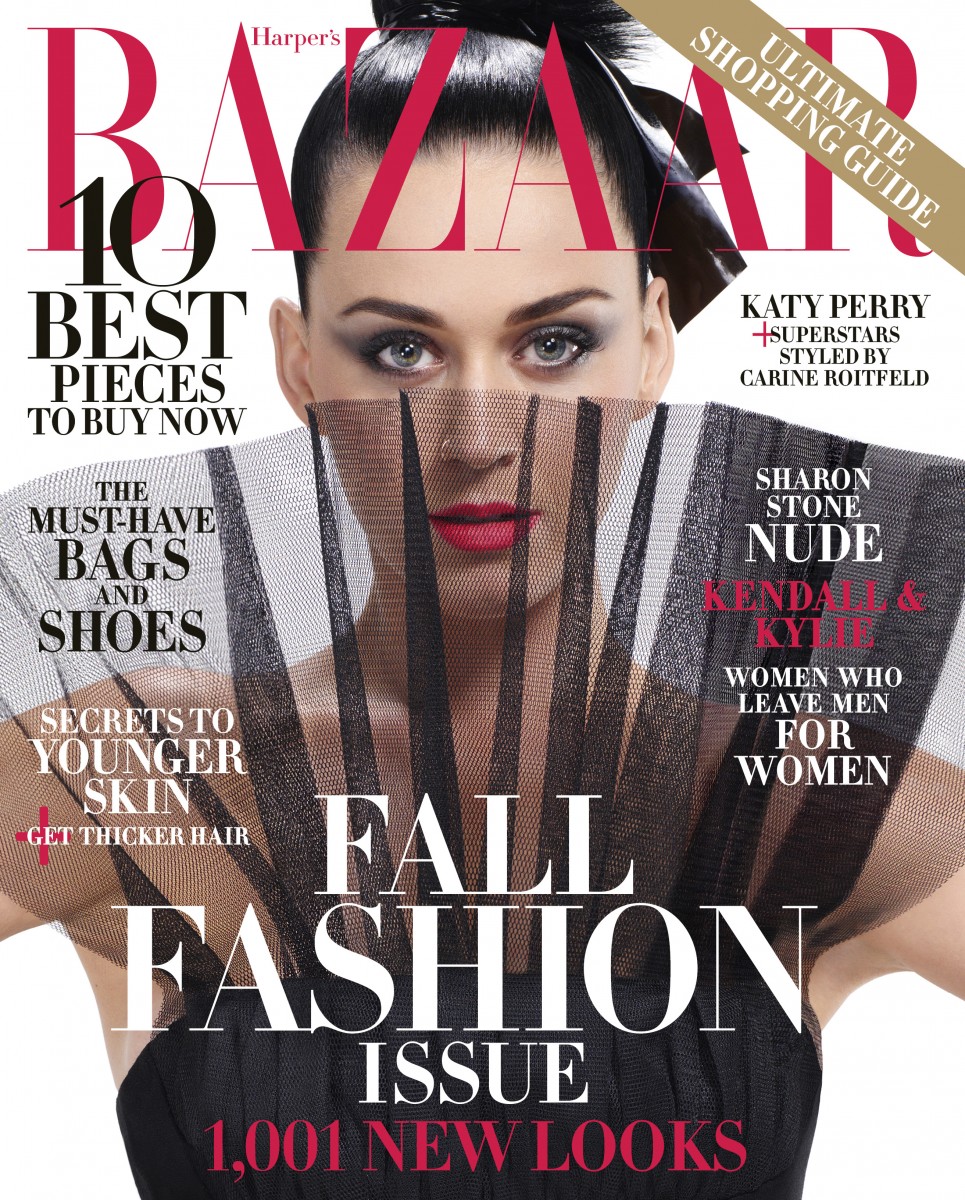 Recently we saw a preview of Jean Paul Goude’s Icons editorial for Harper’s Bazaar styled by Carine Roitfeld and today our friends in the Hearst PR department have revealed Katy Perry as their cover girl for September. Perry, who joins Chris Lee, Dakota Johnson, Jessica Chastain, Lucky Blue, Mariah Carey, Oprah Winfrey, Rosie Huntington-Whiteley, and Willow Smith in the 2015 group of Icons, picked Elizabeth Taylor as her girl. “An icon transcends time,” Perry said. “Liz was so fabulous and decadent and had a style that evolved with the years … and I’m sure I’ll be married just as many times!” Now that’s refreshing! The gal pal of John Mayer (last time we checked) wears Saint Laurent by Hedi Slimane and Cartier for the cover, which can be in your hands on August 18th. Once again the subscribers win with this Andy Warhol-inspired cover, which gets the thumbs-up emoji from us. 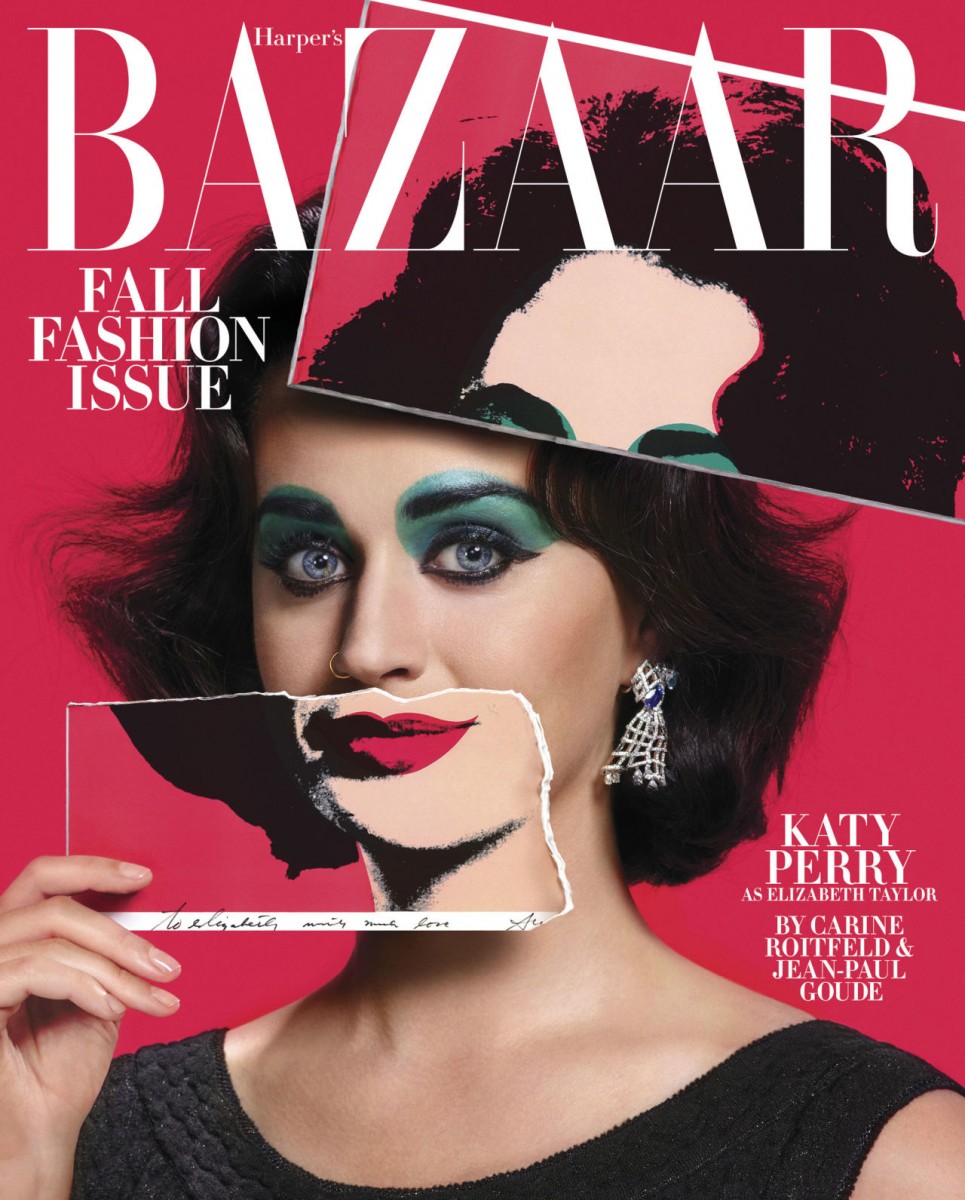