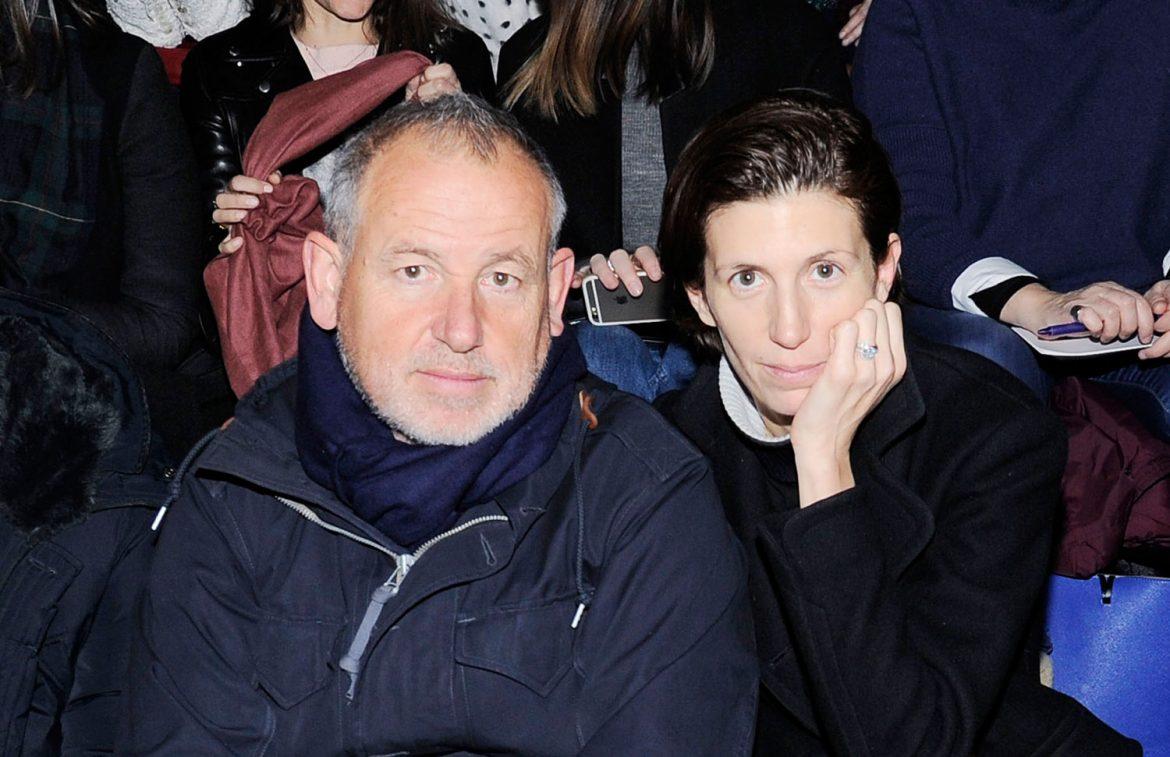 Fabien Baron and His Wife Are Suing Interview Magazine For $600k (Page Six)
Former Interview editorial director Fabien Baron and his stylist wife Ludivine Poiblanc are suing the magazine for a whooping $600,000. Per the court filing, Baron claims he saved the “imperiled” magazine during his decade-long tenure. “Defendants hired Fabien to rescue a then-imperiled Interview Magazine after the abrupt departure of its last creative director, which Fabien did, upping its circulation to over 200,000,” Baron’s lawyers write, adding that while “their magazine flourished editorially under Fabien’s leadership . . . defendants have been completely derelict in fulfilling their legal requirement to remunerate” him. Baron alleges that Interview agreed to pay him an annual salary of $450,000 plus any additional business expenses. He says he’s owed over $500,000 from invoices between 2015 and 2018, while his wife Poiblanc is owned another $66,000 for work as a stylist. Jointly, they’re asking for a total of $602,690.23. Interview has yet to comment.

Kris Jenner Opens Up About Kanye West’s Erratic Behavior and Tristan Thompson’s Infidelity
We’re officially in the damage control stage. Kris Jenner will appear on today’s episode of Ellen but ahead of the afternoon airing, the talk show released a couple of clips to tease Jenner’s appearance. In one, DeGeneres asks Jenner point-blank about her son-in-law Kanye West’s recent behavior. “What’s going on? Is he okay?” DeGeneres asked. “You know, Kanye has a lot of love for all of you, all of his fans, and everybody who’s been there to support him forever,” Jenner said. “And, I know that he will explain himself in his own way,” she continued. “And, I think that anything he does – and I just think this is important to say is – he always does things with really good intentions.”

Whether or not West has the capacity to understand and cogently explain his behavior remains to be seen. Jenner’s appearance felt like deja vu of sorts, looking eerily similar to when she appeared on Ellen in 2016 to address West’s then erratic tweeting.

Degeneres also asked about the other controversy on the Kardashian-Jenner plate: the Tristan Thompson cheating scandal. Thompson was recently caught cheating on Khloé Kardashian, just days before the arrival of their child. Jenner reported that Khloé’s focus is on her newborn daughter True. While telling the tale of rushing to Khloé’s side in Cleveland for True’s birth, Jenner said “you can’t write this stuff.” You really can’t.

Kanye West Accused Of Stealing Former Nike Designer and Current Givenchy Design Director’s Sketches
You can’t write this stuff, and apparently Kanye West can’t draw his stuff. In the latest installment of bonkers West drama, it seems as though a design sketch the rapper recently tweeted and called his own is actually an original sketch by former Nike designer and current Givenchy design director Tony Spackman. On April 30, West tweeted a shot of the sketch in question, which looks to be some sort of performace-based, orthopedic blueprint, with the caption: “This is where a YEEZY study for base layer starts. I’m so excited about our new design team. Yeezy is no longer a fashion company we should be referred to as apparel or clothing or simply YEEZY.”

🔥🔥🔥
this is where a YEEZY study for base layer starts. I'm so excited about our new design team. Yeezy is no longer a fashion company we should be referred to as apparel or clothing or simply YEEZY. pic.twitter.com/0hcy4yHvO2

The tweet caught the attention of Spackman, who then posted the original drawing on his Instagram Stories, writing: “When Kanye rips your 10-year-old Nike sketch and claims it.” He also noted that West had photoshopped out the title and the date, which appear in the top left corner on the original drawing. He later added to his Stories to clarify that the sketch, which has been on his website for some time now, is actually 13 years old.

Not so coincidentally, Spackman and West’s time at Nike overlapped. Spackman was on the design team at Nike from 2000 to 2009, the same year that Nike and West collaborated on Nike Air Yeezy. West later took Yeezy to Adidas.

Of course, fashion Insta-watchdog @diet_prada was all over this, dragging West out for the plagiarism. The handle captioned their side-by-side comparison, “Photoshopping out the title of the sketch in the top left corner is pretty much a dead giveaway lol.  The original by designer @tonyspackman was done in 2005 for a @nike collection called “Living Apparel” which eventually became “Nike React”, a running collection grounded in freedom of movement and human comfort.  Can we just call it Yee💤y now? 😴”

Ever-controversial Kanye is no stranger to digging in the far reaches of the internet for inspiration.  Is Ye just showing his creative process with inspiration images or claiming the work to be his own?  Photoshopping out the title of the sketch in the top left corner is pretty much a dead giveaway lol.  The original by designer @tonyspackman was done in 2005 for a @nike collection called "Living Apparel" which eventually became "Nike React", a running collection grounded in freedom of movement and human comfort.  Can we just call it Yee💤y now? 😴 • #yeezy #kanyewest #kanye #kimye #theft #inspiration #illustration #design #fashiondesign #sportswear #streetwear #athleisure #nike #streetstyle #running #nikerunning #hypebeast #highsnobiety #snobshots #wiwt #ootd #copycat #knockoff #wtf #dietprada

Jacquemus To Debut Menswear This Summer
Meanwhile in the world of design originality, Simon Porte Jacquemus will debut menswear with a runway show on June 25 in the South of France. The buzzy young designer made the announcement on his Instagram posting the news thrice (Jacquemus’ Insta-calling card) alongside a photo of hunky French rugby player Yoann Maestri in his skivvies playing cliffside with an adorable pooch. Please let this be the inspiration for the collection!

" L’HOMME JACQUEMUS, VERY HAPPY TO ANNOUNCE THAT I WILL SHOW MY FIRST MENSWEAR COLLECTION IN THE SOUTH OF FRANCE ON THE 25TH OF JUNE. ALSO SUPER PROUD THAT I SHOT YOANN MAESTRI, THE FRENCH UNION INTERNATIONAL RUGBY PLAYER AS THE FIRST JACQUEMUS MAN. A NEW CHAPTER FOR MYSELF AND JACQUEMUS NOW BEGINS. " SIMON 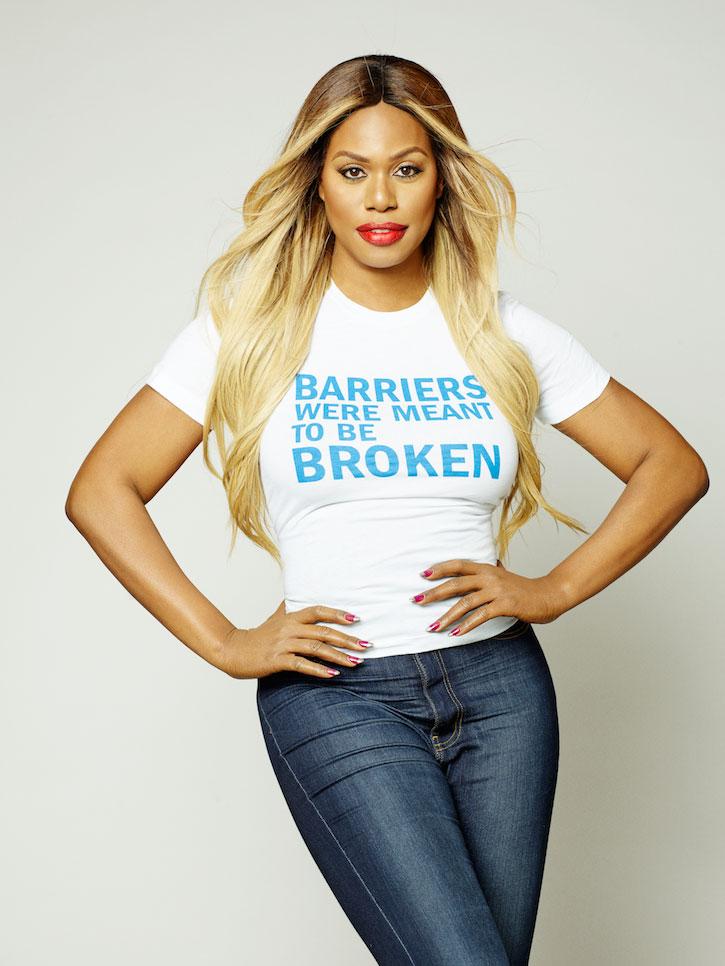 Dior Celebrates The Artsy Vanguard at Bergdorf Goodman
On Wednesday night, Dior, Artsy, and Bergdorf Goodman clinked Champagne flutes on the store’s second floor to toast The Artsy Vanguard, a multi-channel initiative that supports contemporary artists via an exhibition series at Bergdorf Goodman. Artsy selected Hayden Dunham, Lena Henke, and Hannah Levy from their annual list of the 50 most influential artists shaping contemporary art, commissioning the trio to develop site-specific installations for the iconic Bergdorf Goodman windows. Hannah Bronfman, Alexandra Richards, and Carlotta Kohl were among the guests taking in the exhibitions at the fête. 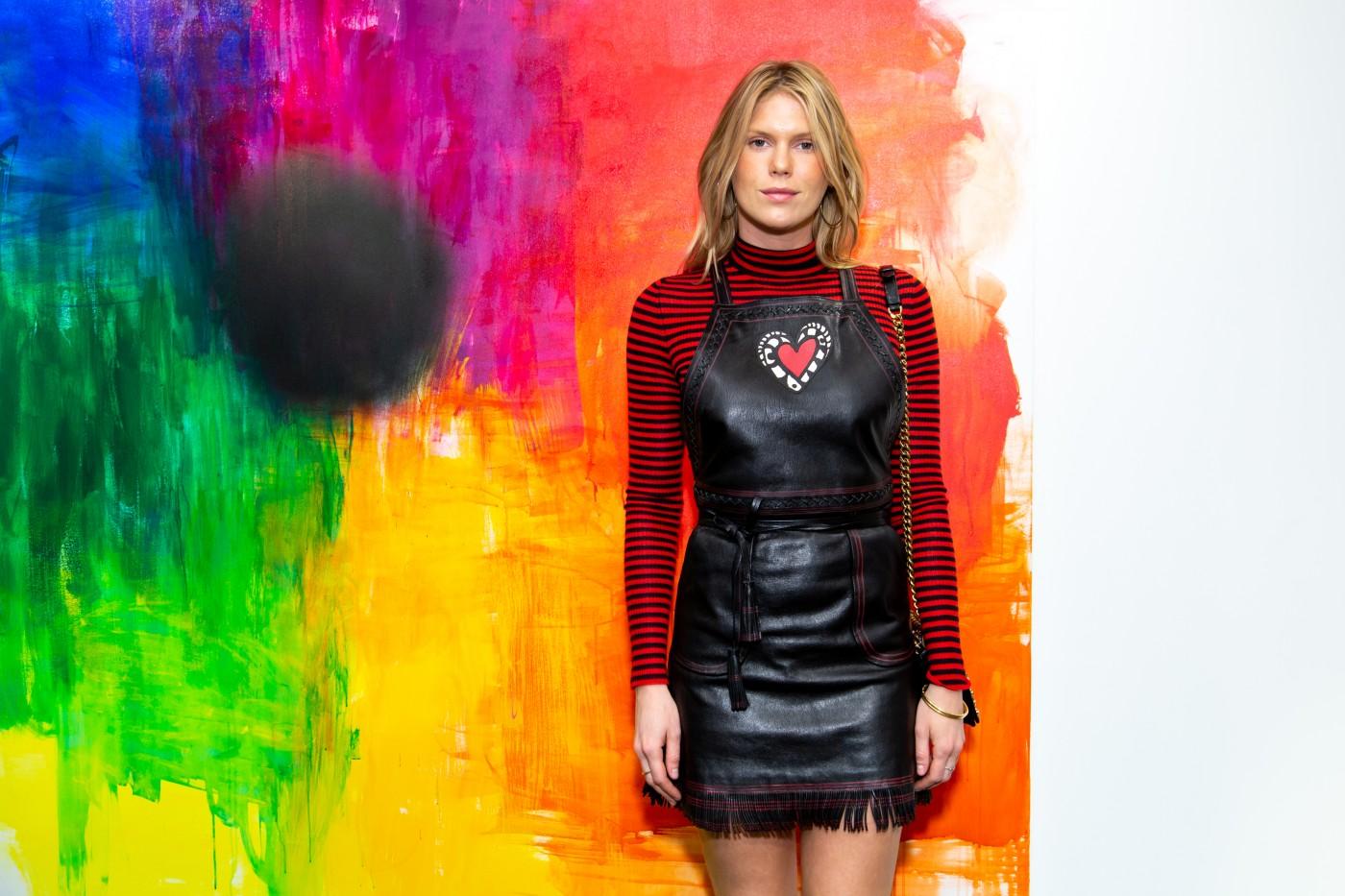 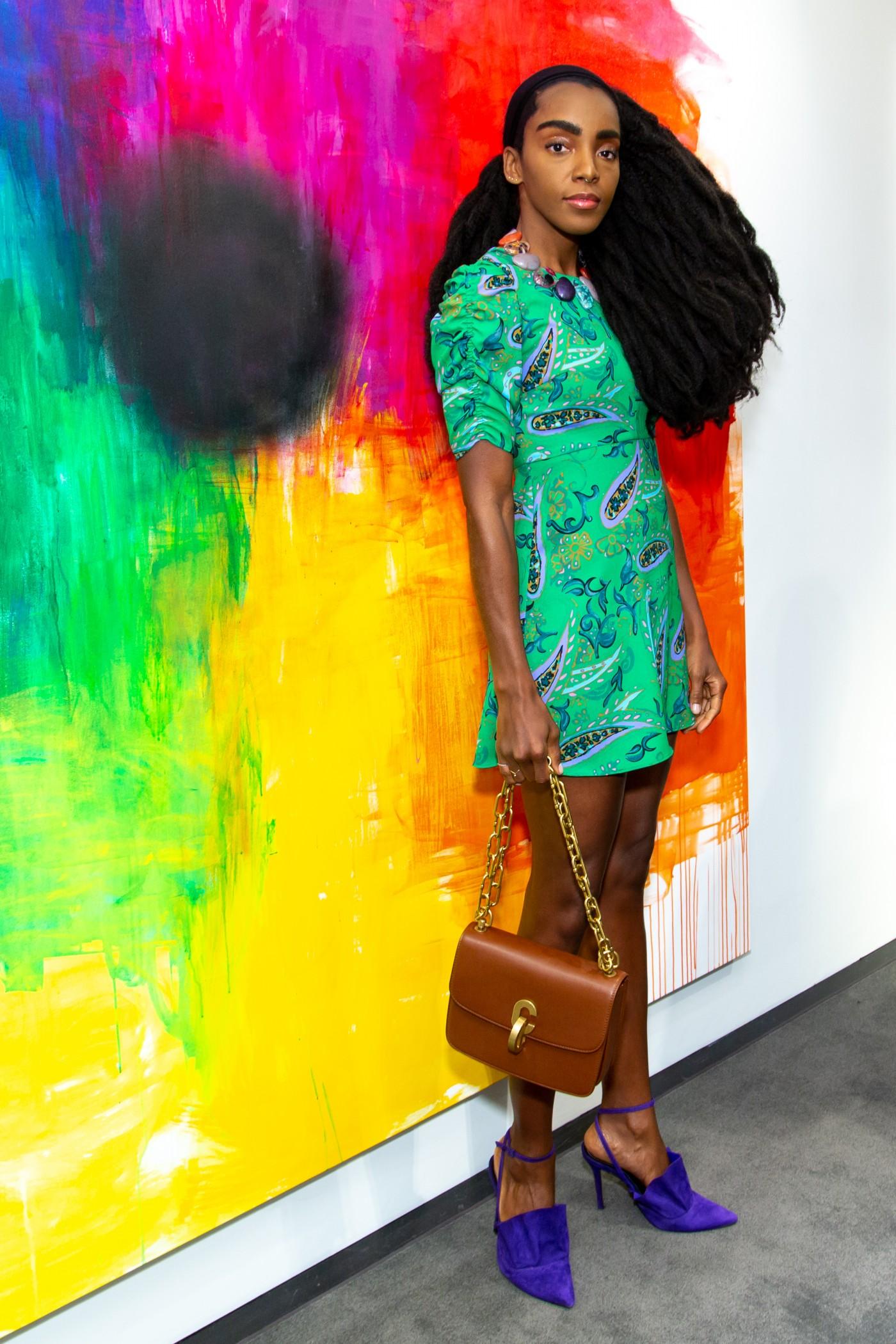 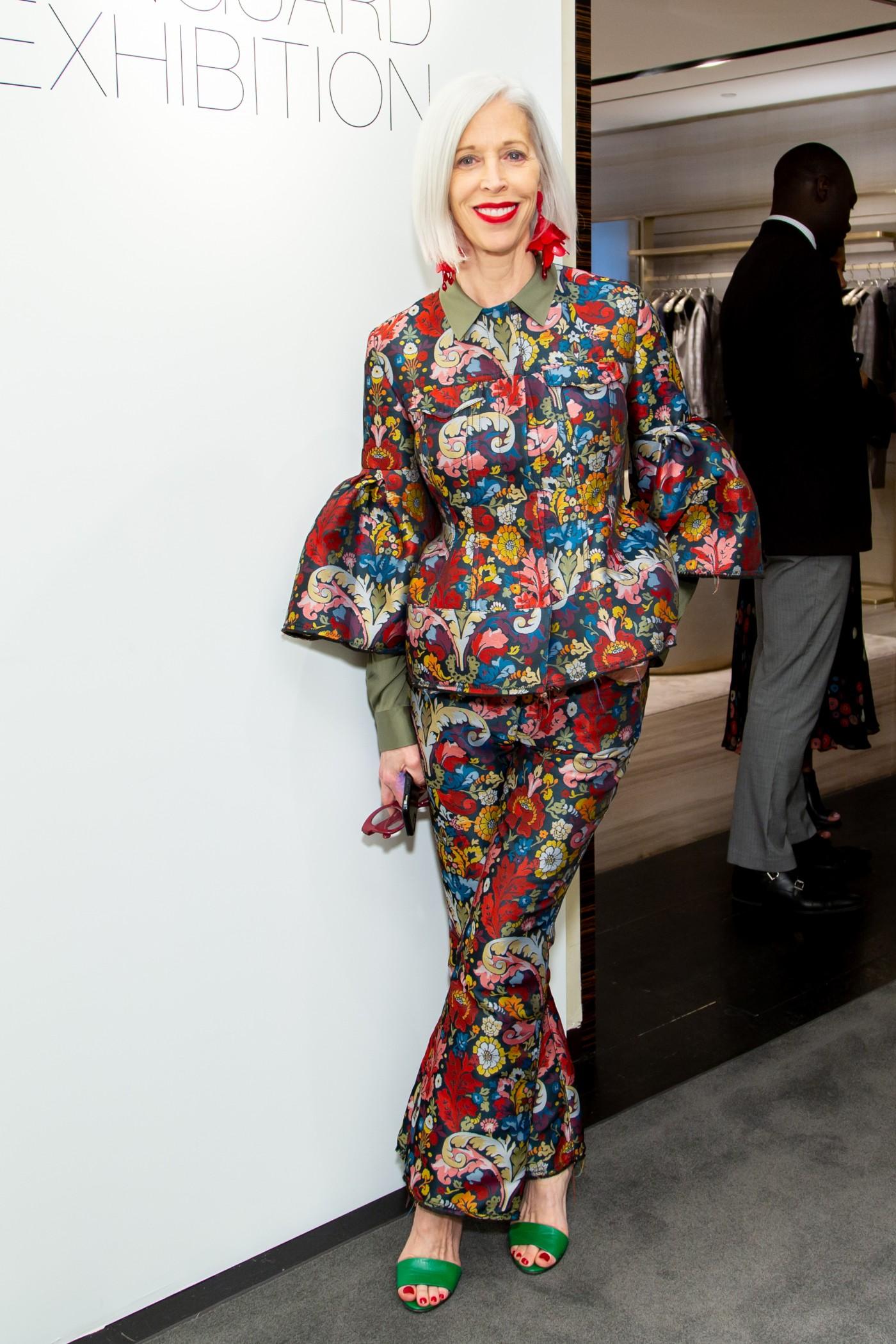 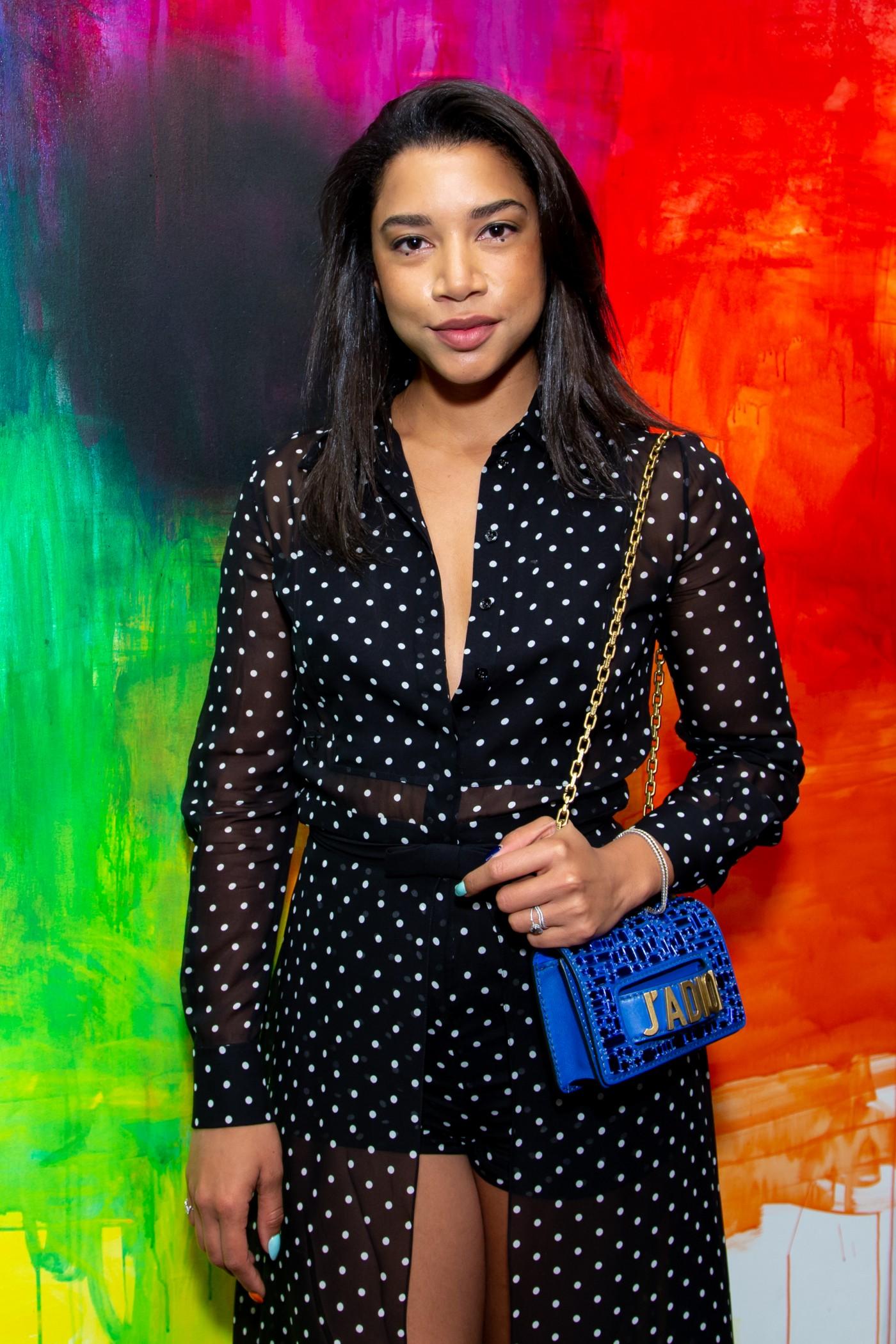