Exclusive! Swarovski to Sparkle on the 88th Oscars Stage 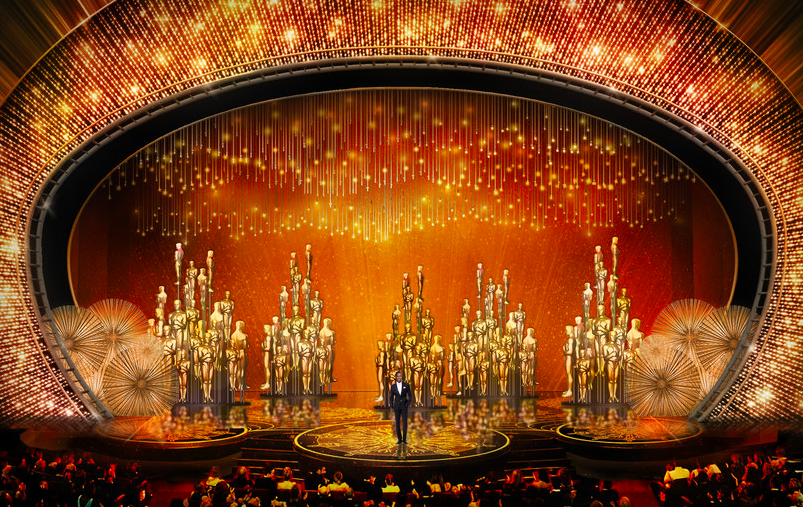 The days leading up to the Oscars aren’t just about crash diets and dress fittings. There’s actually a whole other dimension, like designing and building he stage set, a.k.a. the backdrop to Hollywood’s biggest night of the year. Swarovski is once again bringing the sparkle (and lots of it) to the televised event—the duo has been teaming up since 2007—by incorporating over 200,000 crystals into the decor. This year’s design is no small feat: It took 1,600 man hours, 35 design elements, 20,000 pounds of crystal for the focal piece, and more than 7,700 pounds of crystal for the centerpiece. Talk about a glam-over! Tony Award-winning designer Derek McLane returned for a fourth year to work with Swarovski on adding these new show-stopping pieces to the Dolby Theater stage. He has worked with the crystal co. on various projects, including eight variations of the draw-dropping crystal curtain backdrops for Adele‘s performance of “Skyfall.”

Swarovski has been enchanting moviegoers with crystallized costume and set designs since the 1930s. The company made its Hollywood debut in the 1932 film Blonde Venus starring Marlene Dietrich, as well as contributing to the costumes of Judy Garland in the Wizard of Oz, Marilyn Monroe in Gentlemen Prefer Blondes, and Nicole Kidman in Moulin Rouge! Plus, Swarovski has contributed custom decor and costumes to Black Swan and The Great Gatsby, to name a few.

While the set’s full design concept and visuals remain “hush-hush” until the show broadcasts live on ABC Sunday at 7 p.m. EST, below is an exclusive sneak peak at what to expect.

Looking Back: MATCHESFASHION’s Natalie Kingham on Her Top LFW Moments