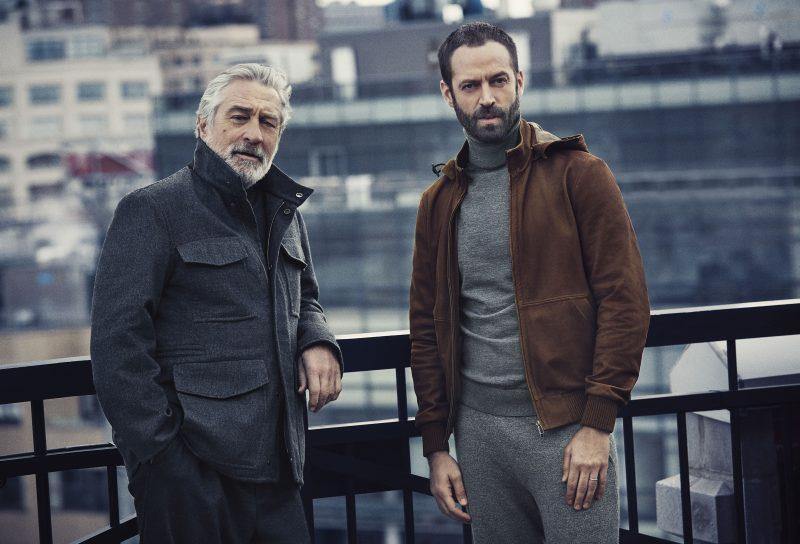 For the second installment of its “Defining Moments” campaign, Ermenegildo Zegna enlists Hollywood icon Robert De Niro and French choreographer and dancer Benjamin Millepied. Shot in New York, a nod to De Niro’s stomping grounds, the campaign spotlights the actor discussing the defining moments of his storied and long-lived career. Ermenegildo Zegna artistic director Alessandro Sartori and filmmaker Francesco Carrozzini led the talk with De Niro and Millepied. While most are more than acquainted with De Niro’s work, Millepied is a little less known but just as deserving. After a prestigious dancing career, he founded the LA Dance Project and was director of dance at the Paris Opera Ballet. He is well-known for his choreography in The Black Swan, and starred opposite Natalie Portman’s swan in the movie—he’s also married to her.

Check out the film HERE when it launches the first week of September, and watch the duo get inmate about their values, milestones, and passions, like their mutual love for NYC.