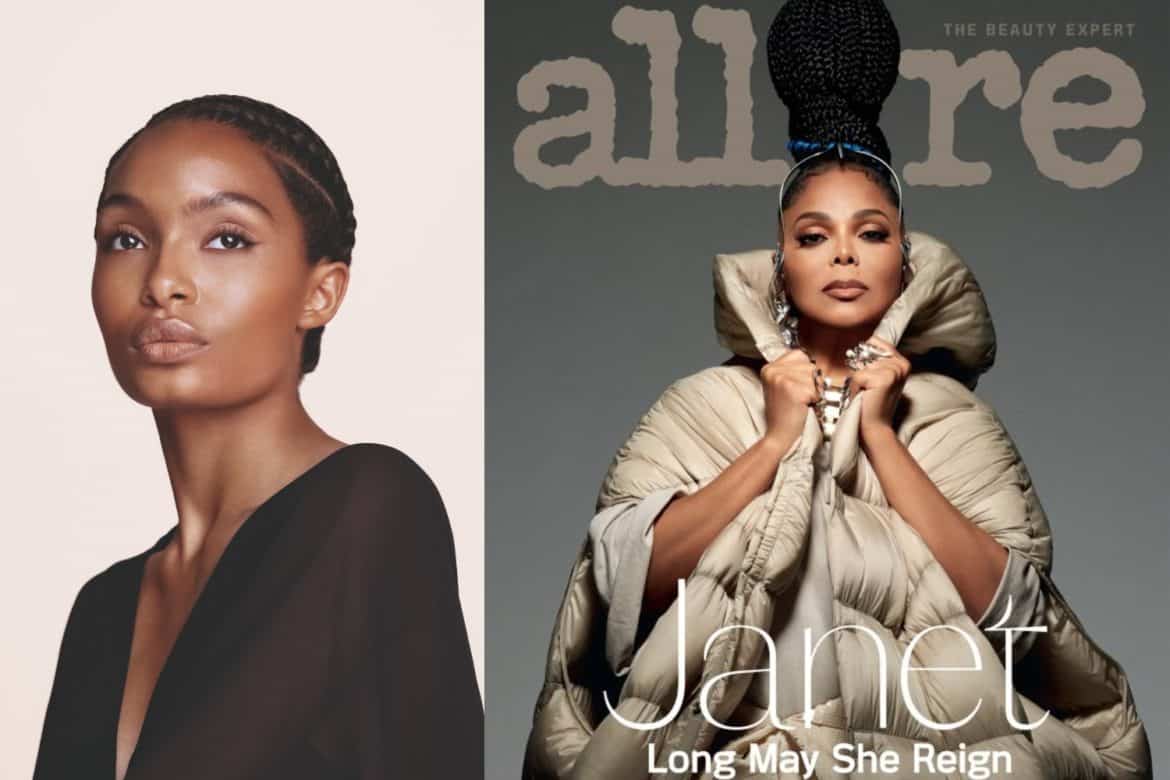 The latest name to star is WSJ. Magazine’s My Monday Morning series is Olivier Rousteing. The Balmain creative director divulges that his day starts with green tea, lemon juice, orange juice, and yoga—after all, he works through the weekend at his Paris design studio so he needs a gentle way to ease in. Beyond his skincare musts—Augustinus Bader and Avène—and his non-negotiable tailoring—”I always need to wear a tailored jacket to feel like I’m on top of my game. Which is sometimes not true”—the 36-year-old designer also speaks candidly to the publication about representation, dreams, and vulnerability. As for what he’s watching? Why Emily in Paris, mais oui! “I love seeing my city through the eyes of Emily, who’s American. I feel like it’s really fun and really peaceful and that’s what I need when I get home right now,” he says. Read the piece here. 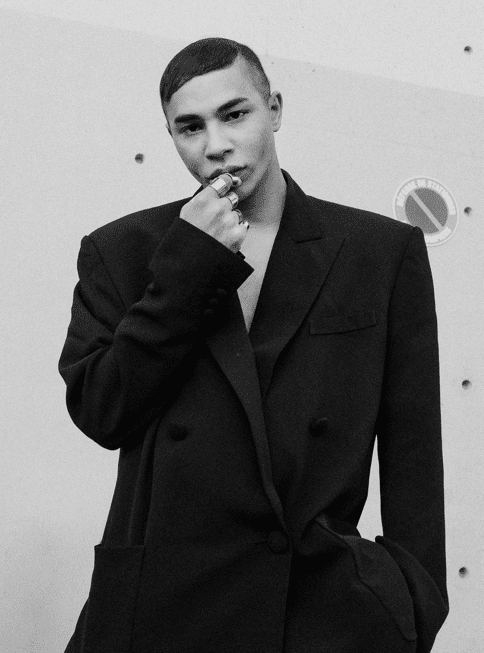 Yara Shahidi’s first appearance in an ad series since being named a Dior ambassador has landed. The actress joins Natalie Portman to showcase the new and improved Dior Forever foundation; a 2022 update to the iconic vanity staple. The two movie stars glow in the video and images, convincing us why we need the reinvented product. Peter Philips, creative and image director for Dior Makeup, explains “This new formula is, as close as it gets, a second-skin that becomes one with your own.” Coming 15 years after its original introduction, the latest iteration of Forever sees two new cleaner, patented formulas in matte/luminous finishes which underwent rigorous consumer testing to ensure the glow really does last, well, forever. 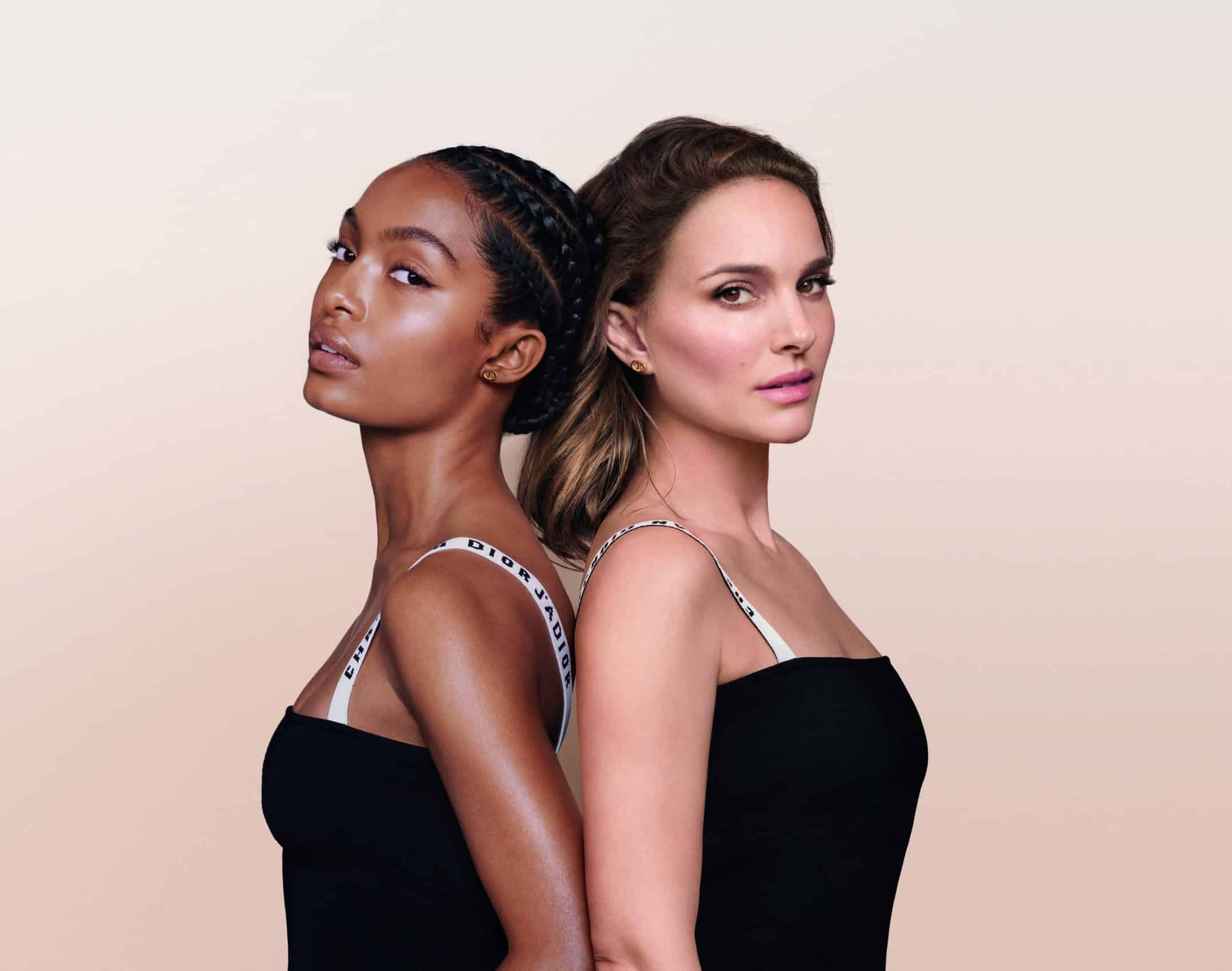 With the Super Bowl coming up in a few weeks time, Saks has unveiled its luxury-focused Game Day Capsules; an extensive lineup of exclusive merchandise (think: ready to wear, shoes, and accessories) for men, women, and children. The range features some 275+ limited-edition must-haves from designers including Balmain, Christian Louboutin, Fendi, Celine, Dior, Dolce & Gabbana, Givenchy, Helmut Lang, Off-White, Ralph Lauren Polo, and Versace, which are shown off in a digital campaign starring Denver star wide receiver, Jerry Jeudy, alongside top male models. With prices starting at just $57, we’re suddenly feeling in a sporty mood….what about you? 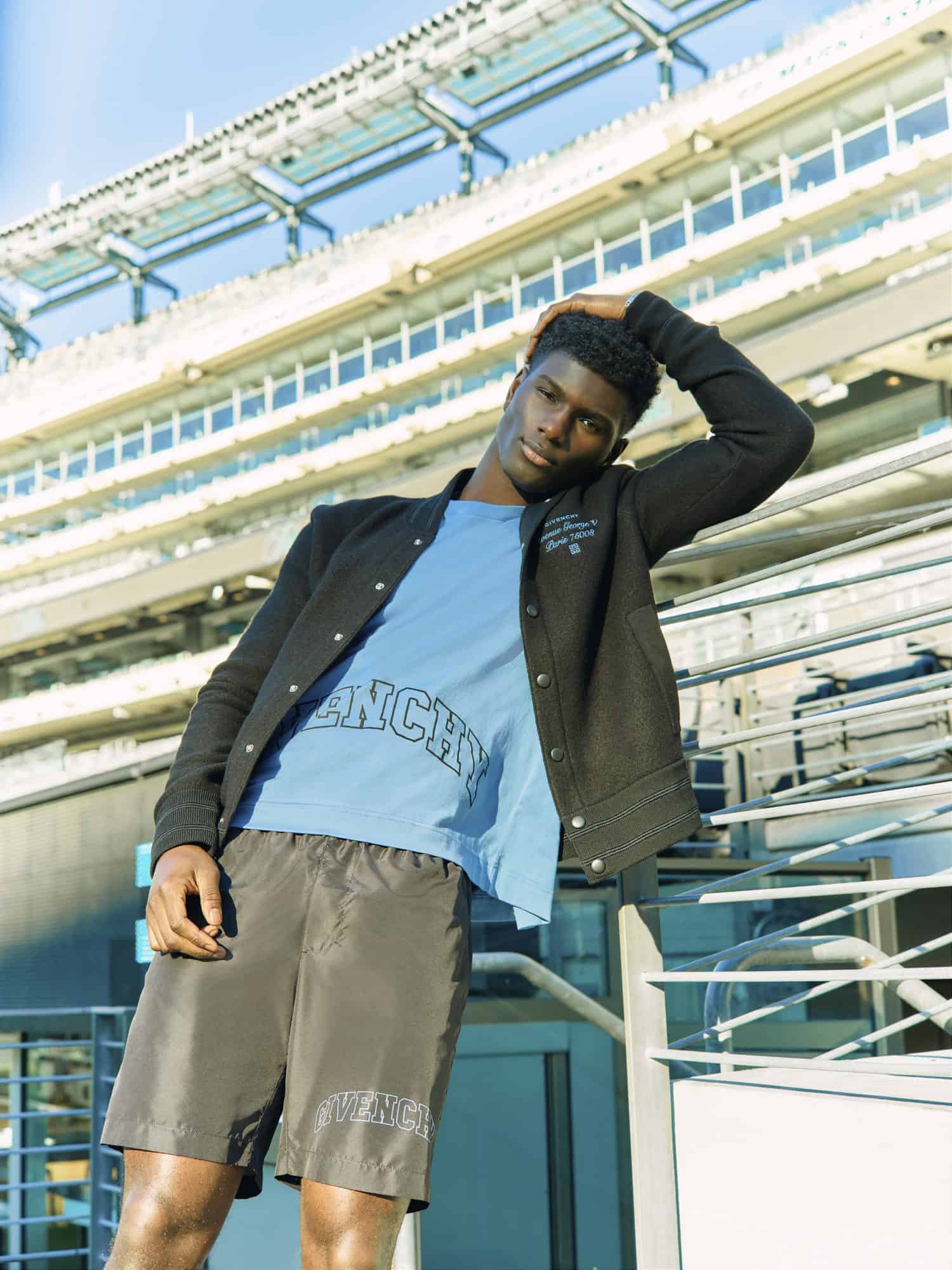 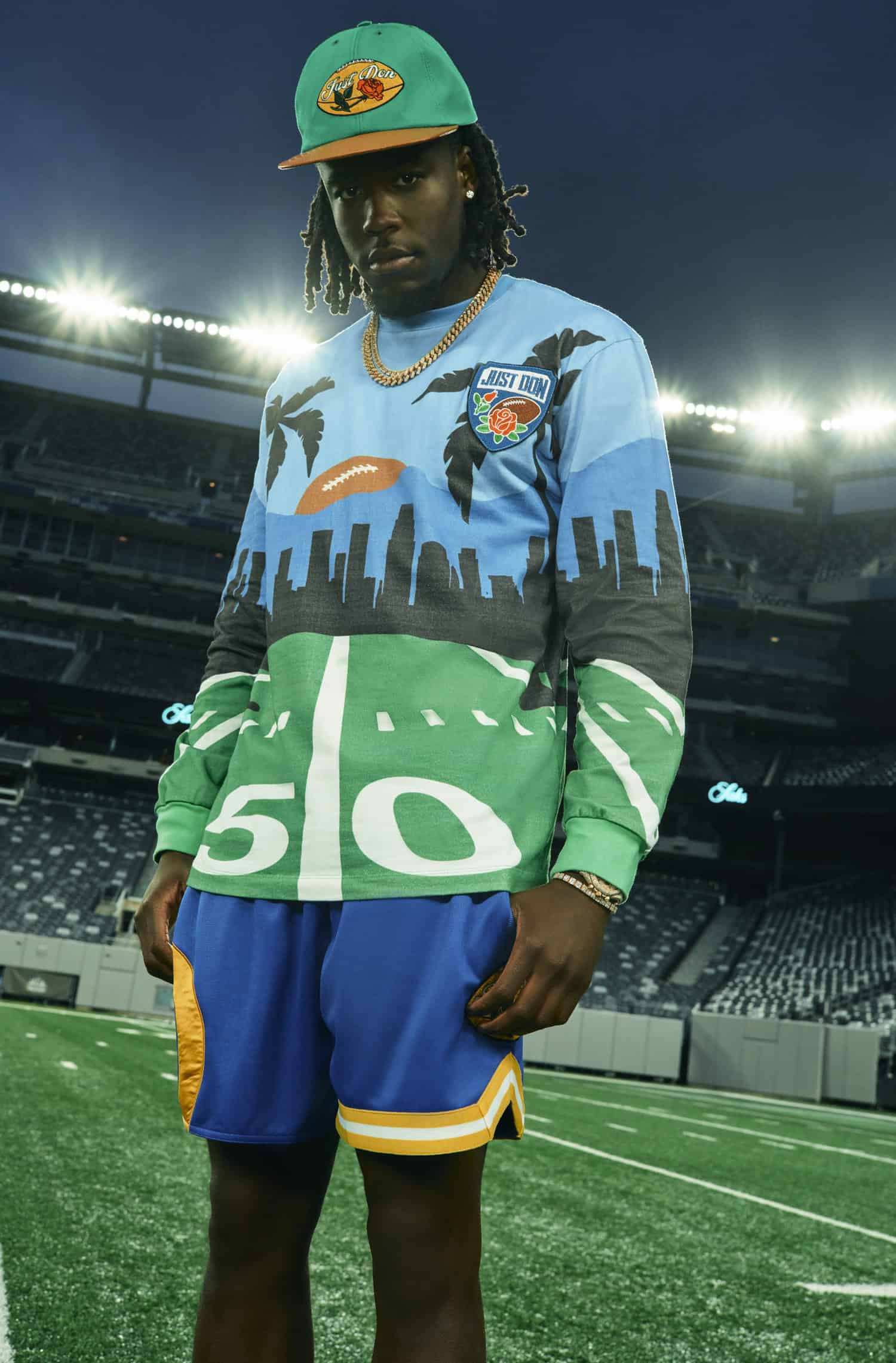 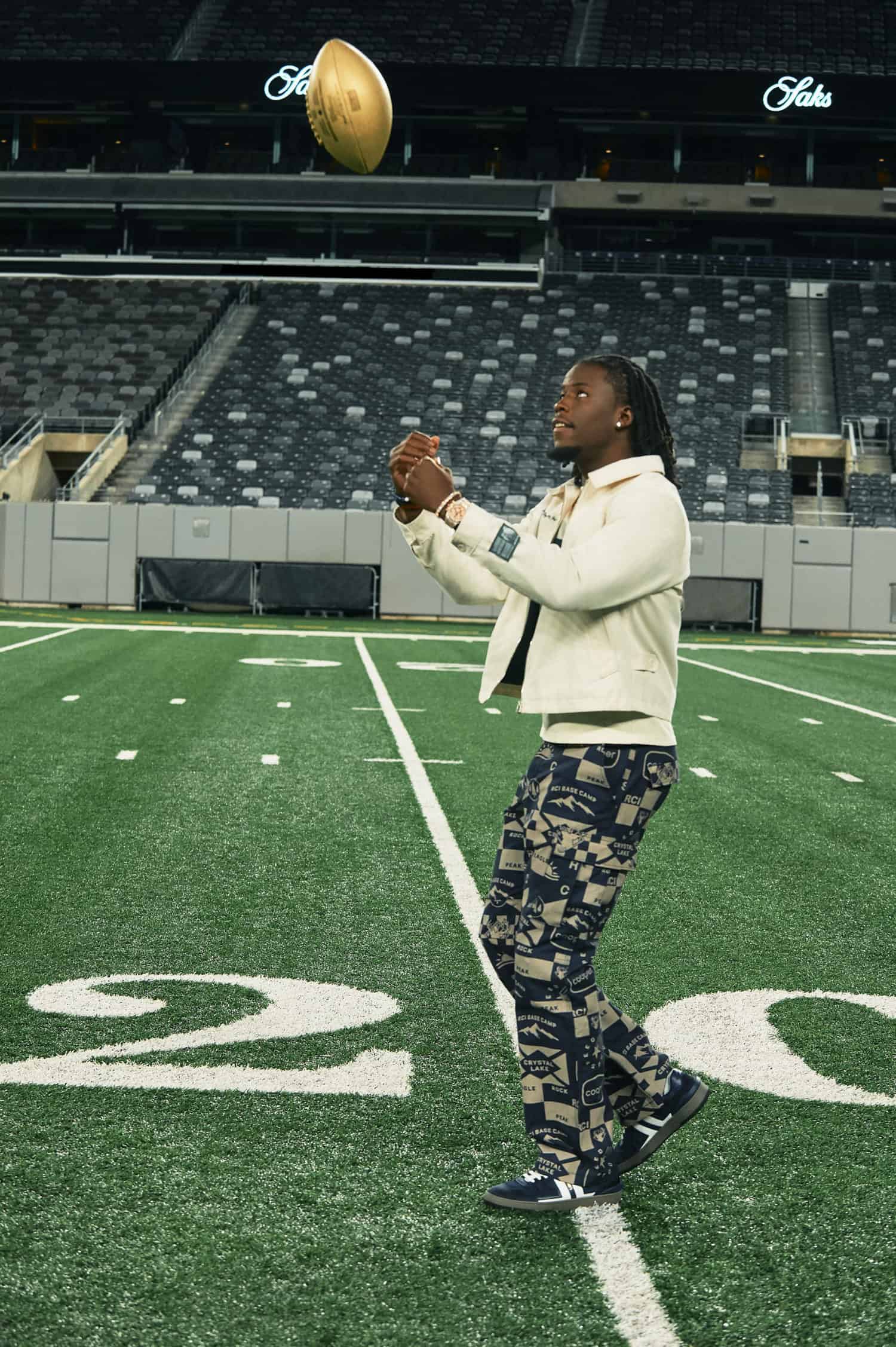 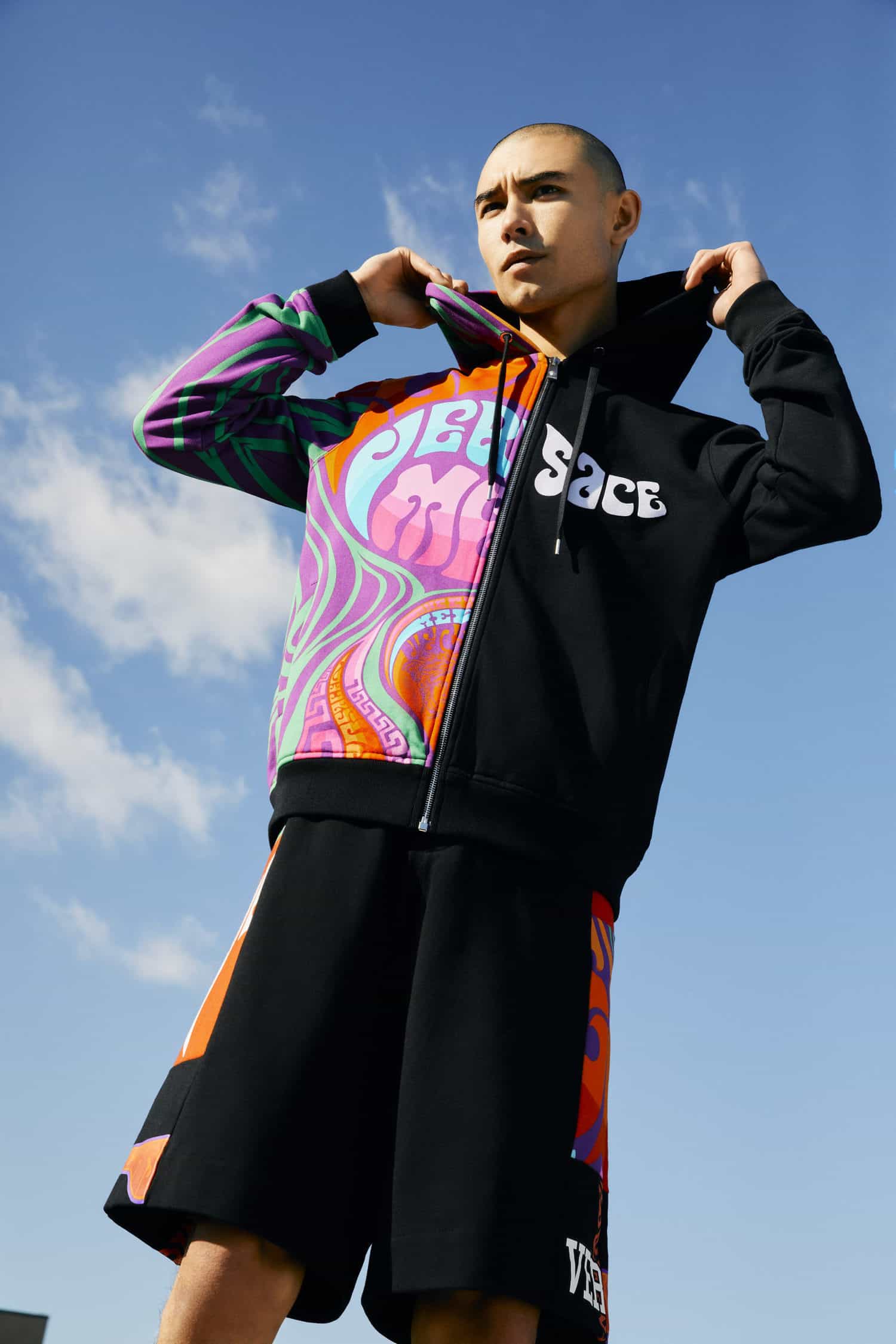 To blow out a decade’s worth of candles on the proverbial cake, Casadei’s Cesare Casadei has designed a capsule collection inspired by the brand’s iconic Blade heel. To showcase the celebratory footwear styles in all their glory, Ellen Von Unwerth lensed a campaign for the offering—including a standout transparent vinyl ‘invisible’ bootie that are the definition of boots that’ll walk all over you. Is there any surprises that the Blade heels have worn over everyone from Zendaya to Hailey Bieber?! The anniversary capsule collection, as part Pre-Spring ’22, is available to shop now. 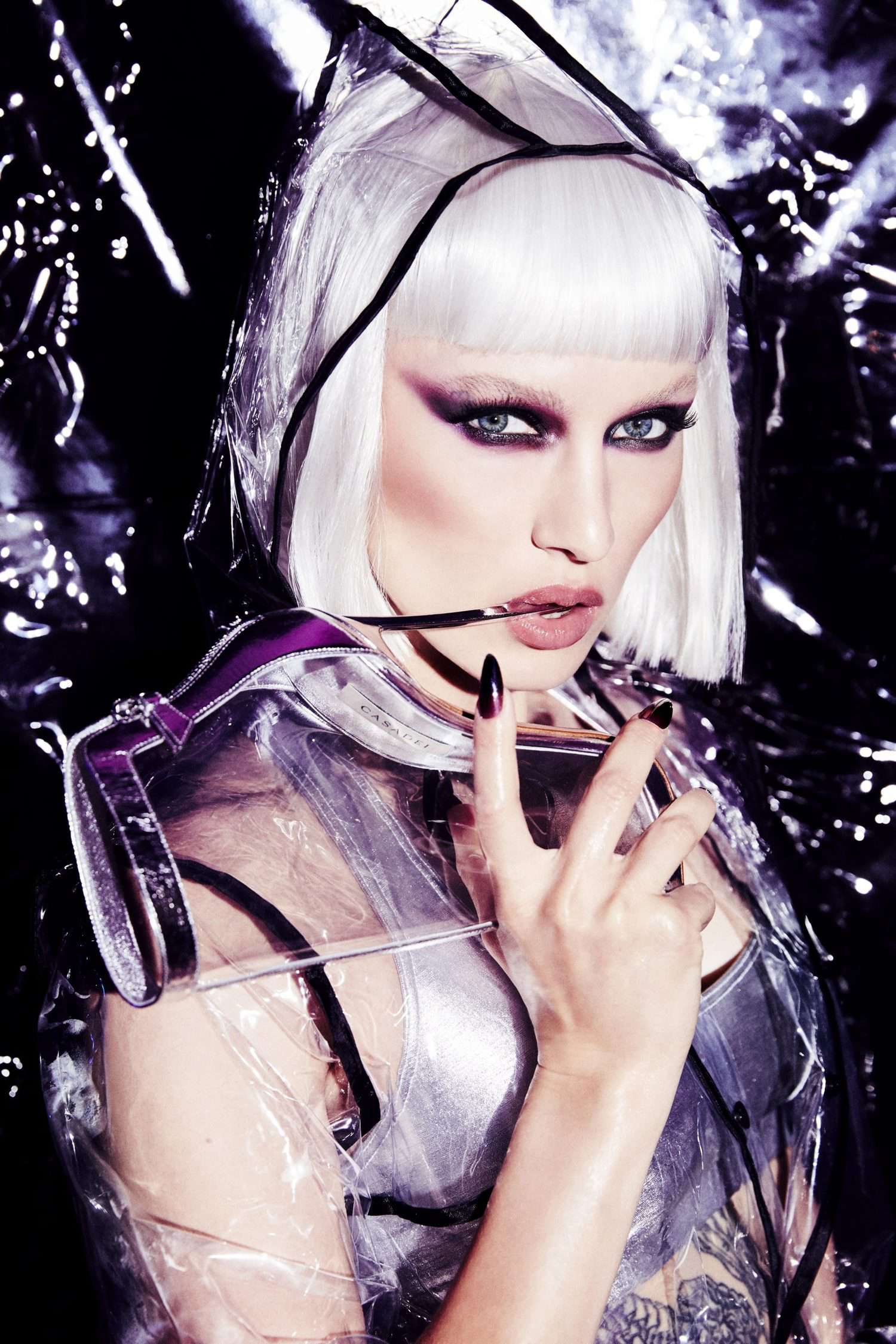 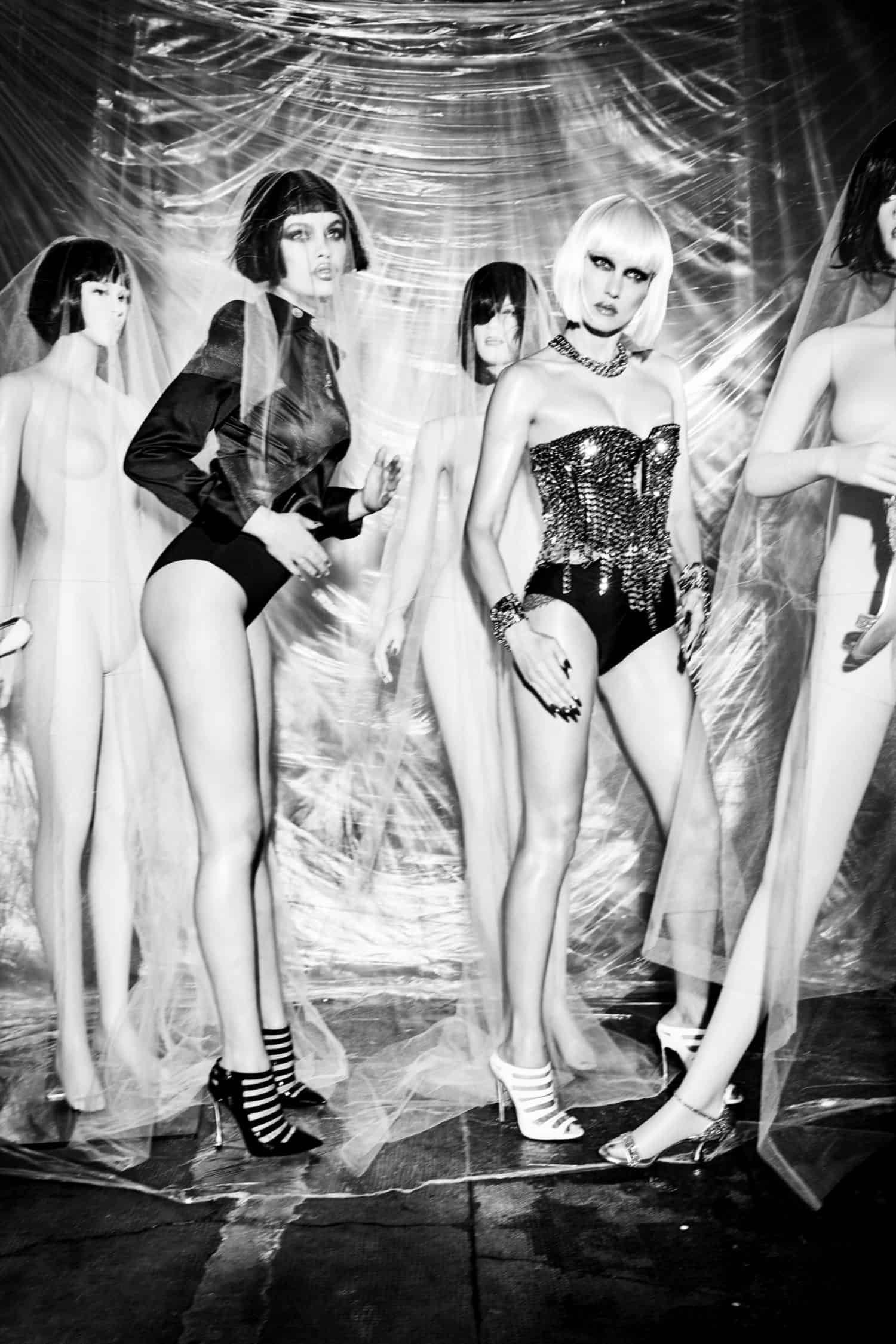 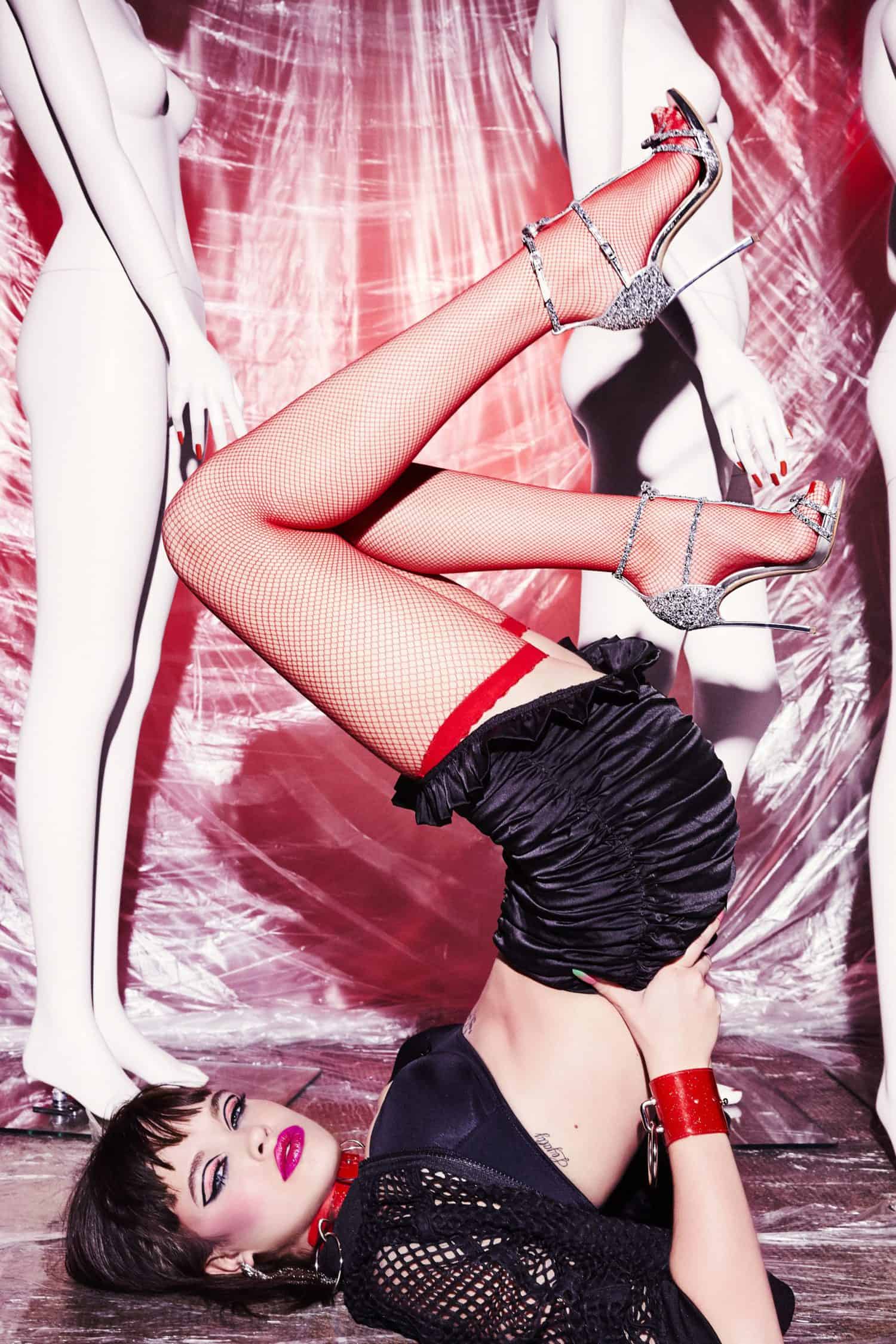 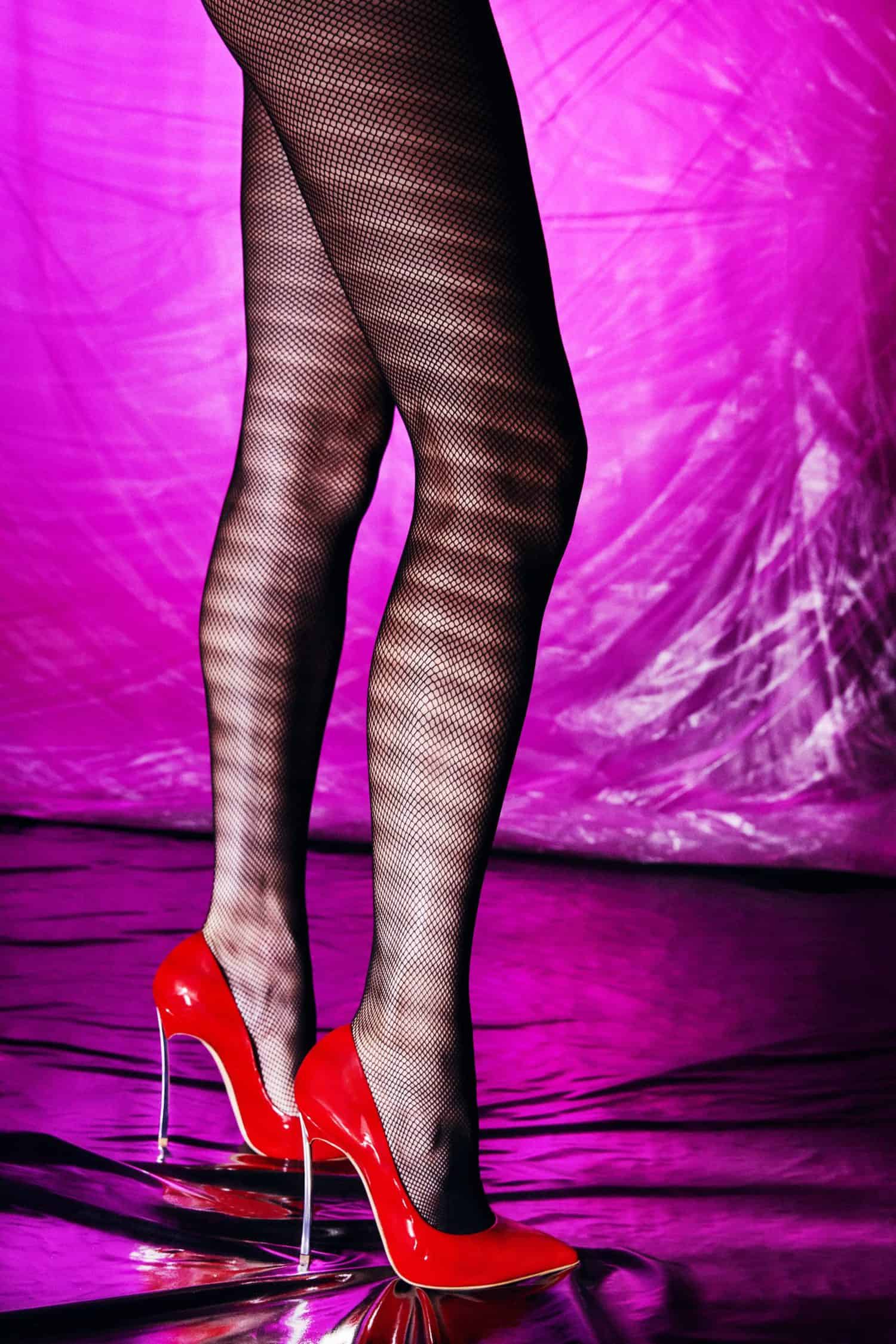 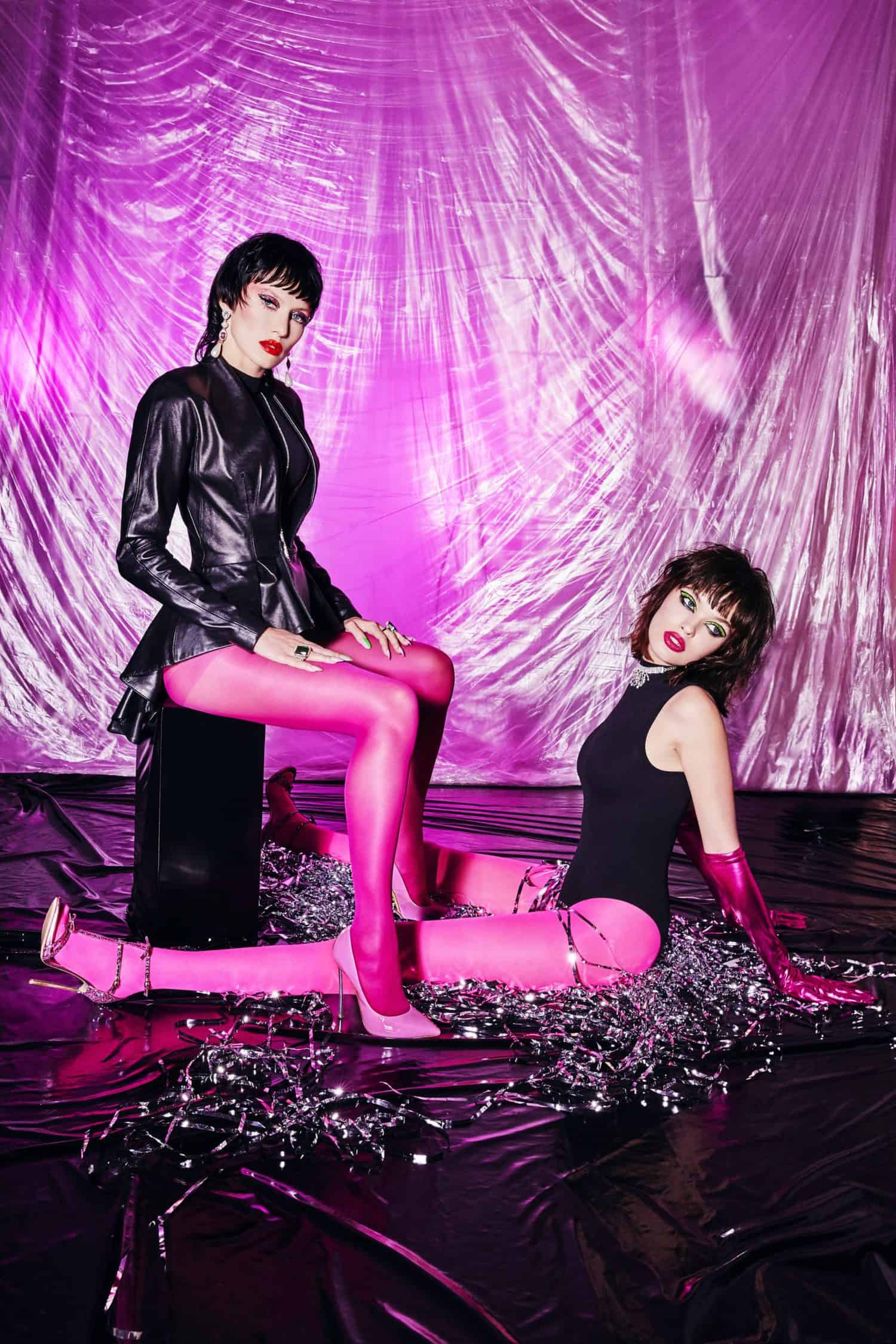 Allure has entered the chat! Condé Nast’s beauty-focused publication blew readers out of the water when it unveiled its newest cover star, Janet Jackson, this morning. The multi-hyphenate performer took part in an interview with Pulitzer Prize-winning fashion critic and journalist Robin Givhan about her decades-long career and was styled in an array of Rick Owens, Gareth Pugh, Marc Jacobs, and Stella McCartney for AZ Factory. Ok!! If this is a sign of where the mag is heading under the new editorship of Jessica Cruel, we are so here for it. Read the cover story here.

New Jersey’s American Dream mall has announced that Gucci will expand on its offering in the luxury-focused The Avenue wing. The Italian fashion house will open a standalone, two-story, 10,000 square-foot boutique at the retail mecca in the coming months. In its new and improved home at The Avenue at American Dream, Gucci will join neighbors Saks Fifth Avenue (the only New Jersey outpost of the beloved department store brand), Hermès, and Tiffany & Co., among other high-end fashion brands and elevated dining options. Saint Laurent is also set to expand its footprint at the mall, with a two-story 7,000 square-foot expansion of its existing space coming soon.

Bigger Is Better! Atlanta Apparel Is Back With Its Largest Ever Brand Offering

A Star Is Born: Meet Color World, Color Star Technology’s Innovative Expansion Into the Metaverse That Makes Everyone A Star