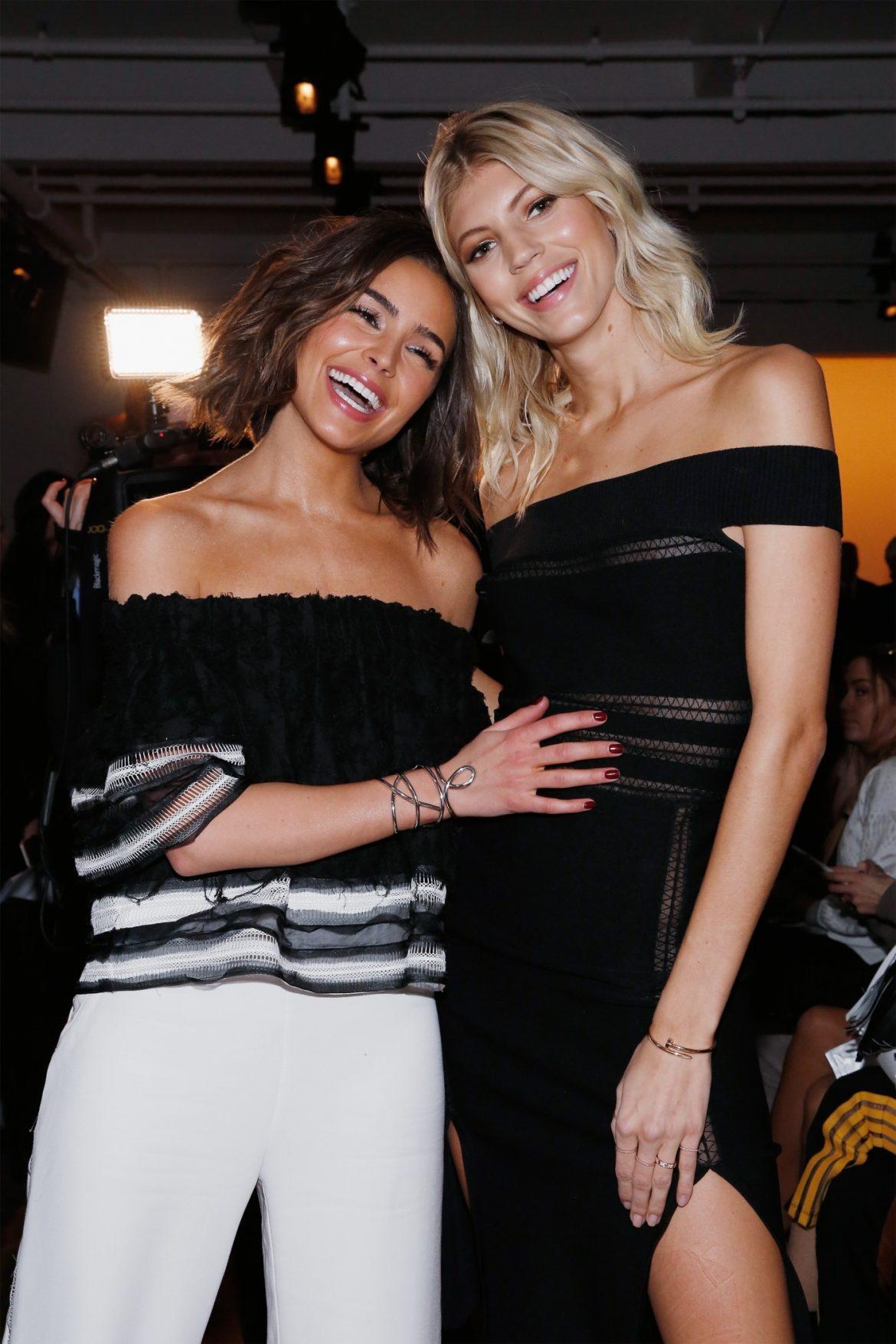 E! just announced  a new docu-series titled “Model Squad,” with a preview special scheduled to air on February 12, during New York Fashion Week. The show, which will officially launch later this year, follows some of today’s most in-demand models — like Devon Windsor, Shanina Shaik, and Olivia Culpo — as they navigate the glamorous (and not-so-glamorous) world of fashion.

Meet the show’s full cast of characters, below, and prepare yourself for the drama to come!

Windsor was discovered by a local photographer at a bar-mitzvah party in her hometown of St. Louis, Missouri. She received her big break during the spring 2014 season upon appearing in over twenty international collections, including Prada and Christian Dior. She has also walked the runway for Bottega Veneta, Alexander McQueen and Chanel. She has also fronted campaigns for Jean Paul Gaultier, Max Mara Studio, Leonard and Love Moschino and has appeared on the covers of Vogue Turkey, 10, Oyster, and Net a Porter’s The Edit.

and after work you can find me on the couch #couchpotato

As a student at Boston University, Culpo entered the Miss Rhode Island competition on a whim. She went on to win and also took the crown in Miss USA and Miss Universe in 2012, making her the first US contestant to win Miss Universe in 15 years. Since then, she has worked with several top fashion brands including Cartier, Tod’s, Timex and L’Oreal and has amassed a following of 2.1 million fans on Instagram.

Melbourne, Australia native Shaik began her modeling career at age eight and received her big break in 2013, courtesy of the Victoria Secret’s Fashion Show. She has also walked the runway for Chanel, Tom Ford and Stella McCartney, among others. Additionally, David Sims photographed her for a series of Sephora cosmetics promotions, and she has also appeared in advertisements for Smashbox and L’Oreal. Shaik has graced the covers of Harper’s Bazaar Singapore, Lurve and Sunday Life Australia magazines, and has appeared in editorial features for the international editions of Vogue, W and Interview.

Austrian bombshell Nadine Leopold has graced the covers of numerous international editions of Glamour as well as Harper’s Bazaar Serbia, Grey Magazine and The Daily Summer. She’s also appeared in editorials for Marie Claire UK, Self and Elle Bulgaria. Most recently, she was photographed for two editorial spreads in Carine Roitfeld’s eponymous publication, CR Fashion Book. She made her runway debut in Phillip Plein’s resort 2018 show and walked in the subsequent spring/summer 2018 show. After appearing in commercial spots for Victoria’s Secret, Nadine walked in the 2017 Victoria’s Secret Fashion Show in Shanghai.

Discovered in her native São Paolo, Brazil, Daniela received her big break in the Givenchy campaign in 2012, shot by Mert and Marcus. In 2013, Daniela caught the attention of Victoria’s Secret and has walked in their annual fashion show ever since. Daniela is a frequent collaborator with the iconic French fashion house Balmain and has become the muse to their creative director, Olivier Rousteing. Additionally, Daniela has become a favorite of fashion legend Carine Roitfield and is often featured in CR Fashion Book. Daniela has appeared on covers of V Magazine and Harper’s Bazaar and featured in several notable publications including British Vogue, ELLE, Glamour and L’Officiel.

The San Angelo, Texas native received her big break courtesy of the 2014 Sports Illustrated Swimsuit Issue. Not long after, Hannah caught the attention of Karl Lagerfeld and went on to star in Chanel’s “Bleu de Chanel” fragrance commercial in 2015. Since then, the blonde beauty has appeared in editorials for Harper’s Bazaar, Carine Roitfeld’s CR Fashion Book and LOVE Magazine, including a feature spot in the publication’s advent calendar directed by Hype Williams. Most recently, Hannah fronted an editorial for the September 2017 issue of V Magazine emphasizing female strength and empowerment.

Known for her all-American good looks, Lowe has starred in advertisements for Tommy Hilfiger, American Eagle and Aeropostle as well as Pantene and Soma Intimates. The budding actress has also appeared in a number of on-screen projects, and is probably best known for her roles in How to Be Single and War Dogs. Additionally, Caroline co-starred in Funny or Die’s  Swimsuit Issue: Climate Change Edition alongside Hannah Ferguson and Erin Heatherton.

Moore hails from Oceanside, California but lived all across the country growing up because both of her parents were in the military. Before going to college, Ashley begged her mom to go to Los Angeles for two weeks to try and make it as a model. She went to various open calls and got turned away due to her height. She was eventually signed by Nous Model Agency, and since then she has graced the cover of ARCADIA magazine and appeared in editorials for GQ, Seventeen, Cosmopolitan and Nylon.

10 Indulgent Gifts to Get Yourself This Valentine’s Day