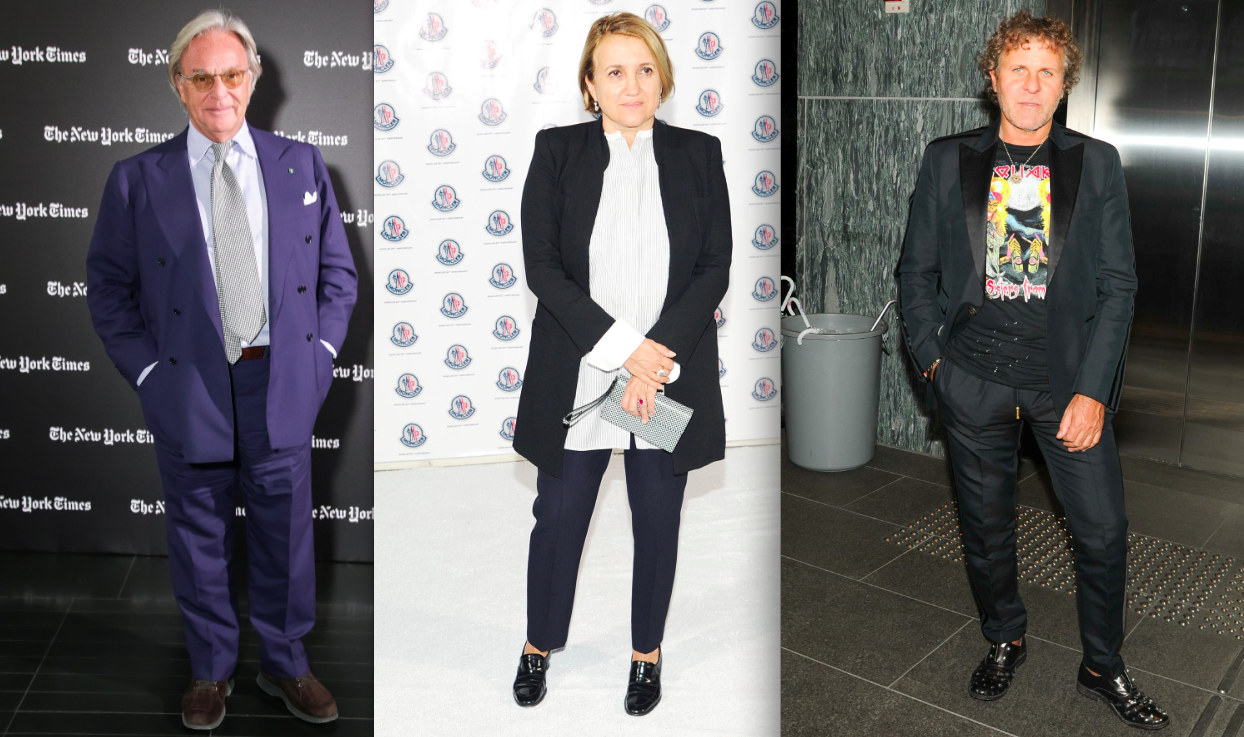 Last night on CBS, 60 Minutes aired a segment called “Saving History” in which Morley Safer sat down with Italy’s biggest names in fashion (and business) including Diego Della Valle, Sylvia Fendi, and Renzo Rosso to find out how they are restoring Italy’s world renowned historical monuments. According to the program, Italy is home to two-thirds of the world’s most important historical structures, but due to the Italian government’s debt, corruption, and unpaid taxes, the churches, ruins, and other monuments like the Colosseum in Rome are falling into disrepair. Six million people a year visit the Colosseum, and Della Valle has handed over a whopping $35 million to restore the structure.

So why is Della Valle spending so much of his own money to restore the structure? “Why not? Well, I am Italian. I am very proud to be Italian,” Della Valle told Safer. “And there is a very famous Kennedy speech, no? Is the moment that what is possible for us to do for our country, we need to do now.” Like Della Valle’s Tod’s shoes that have made him his fortune, which are handmade stitch by stitch, the Colosseum will be restored inch by inch, with an estimated completion time of three years. Sylvia Fendi, whose grandfather started the family’s namesake powerhouse Italian brand 90 years ago, is donating $3 million to the restoration of the Trevi Fountain where Marcello Mastroianni and Anita Ekberg waded in Fellini’s La Dolce Vita. “It’s very important for us. This country gave us a lot. And so it’s nice at a point to give back something,” Fendi told Safer. Another Italian titan pouring his money into the famous 423-year-old Rialto Bridge in Venice is Rosso, Diesel’s billionaire founder and chairman of the OTB Group, which owns labels like Marni, Viktor & Rolf, and Maison Martin Margiela. Rosso is spending $7 million on the restoration project.

But even with Italy’s fashion giants forking over so much money, the process still remains difficult. It took three years of sifting through bureaucratic nonsense before Della Valle’s enormous gift could even be put to use. “The bureaucracy will have to change in order to actually make it possible for someone to come and say, ‘Here, do you want $25 million?’ Without the bureaucracy saying, ‘Well, I don’t know. I’ll have to think about it,'” professor Kimberly Bowes, director of the American Academy in Rome, told Safer. Meanwhile, Della Valle remains charmingly optimistic: “I think it’s possible now to open a new way. The old point of view was without any sense. I have hope in the new point of view. I push for the new point of view.” Bravo!

Get Your Sneak On: 8 Styles To Slip Into

I write you from the communication office of OTB, Renzo Rosso’s group.

I have noticed that Renzo Rosso’s family name is misspelt twice in the article (Rozzo instead Rosso, could you correct it, please?