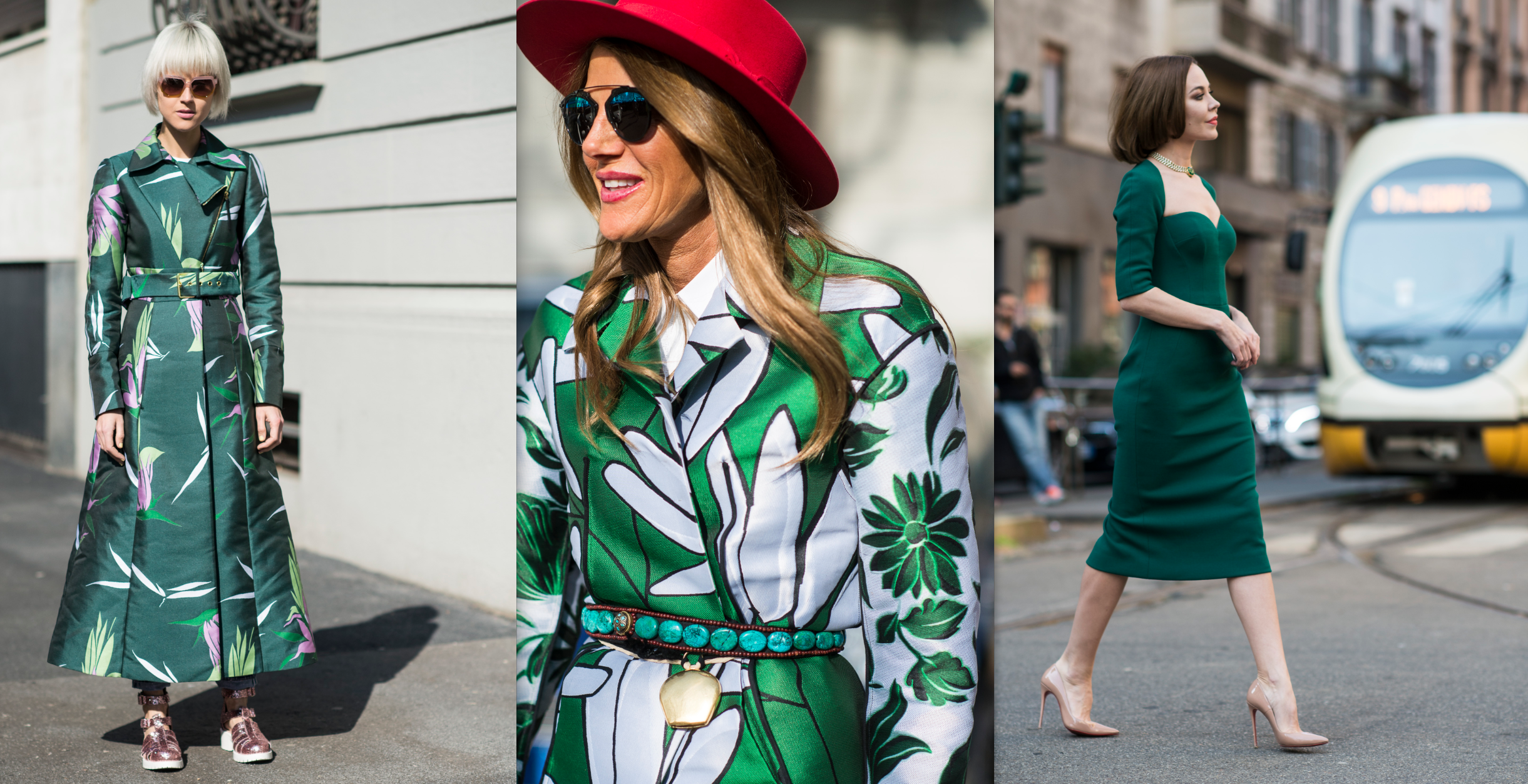 It’s officially a wrap for Milan Fashion Week as editors, buyers, and bloggers are now off to Paris for one more week of show, food, show, food, show, food, show, food. One color we saw a lot on and off the runway this season was green, which showed up recently at Bottega Veneta and Salvatore Ferragamo, and all over the streets of Milano. Billy Farrell Agency’s Julien Boudet was outside of shows to catch it all. We’ve compiled 20 touches of green spotted throughout the week, ranging from the subtle to the full-on Kermie. Obviously, Daily fave Anna Dello Russo was there to lead the charge and officially give green her blessing. 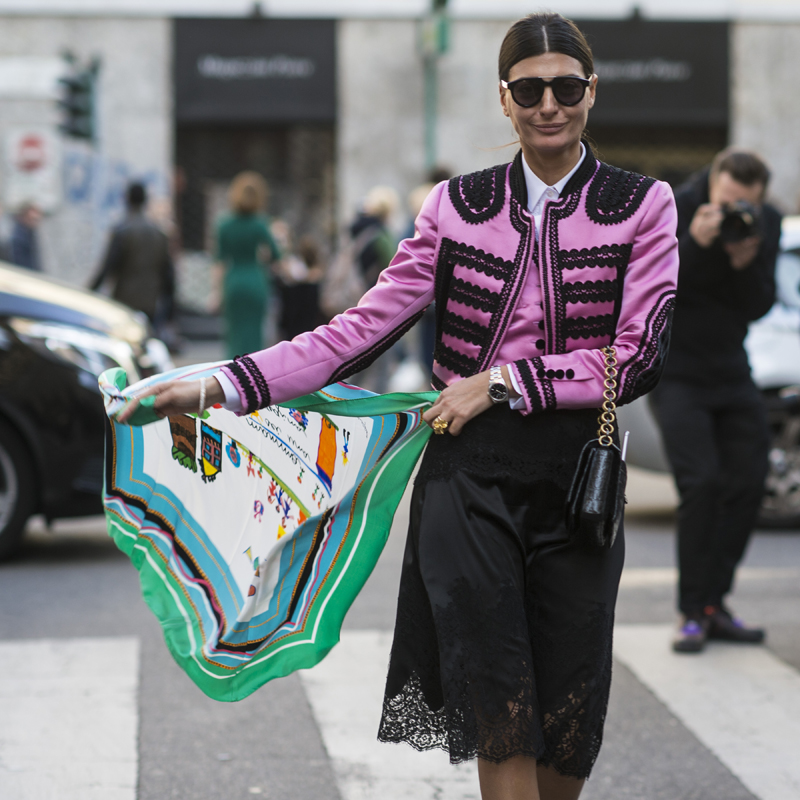