‘Desert Dancer’ Premiered at The MoMA Last Night, Followed By A Sparkly Afterparty 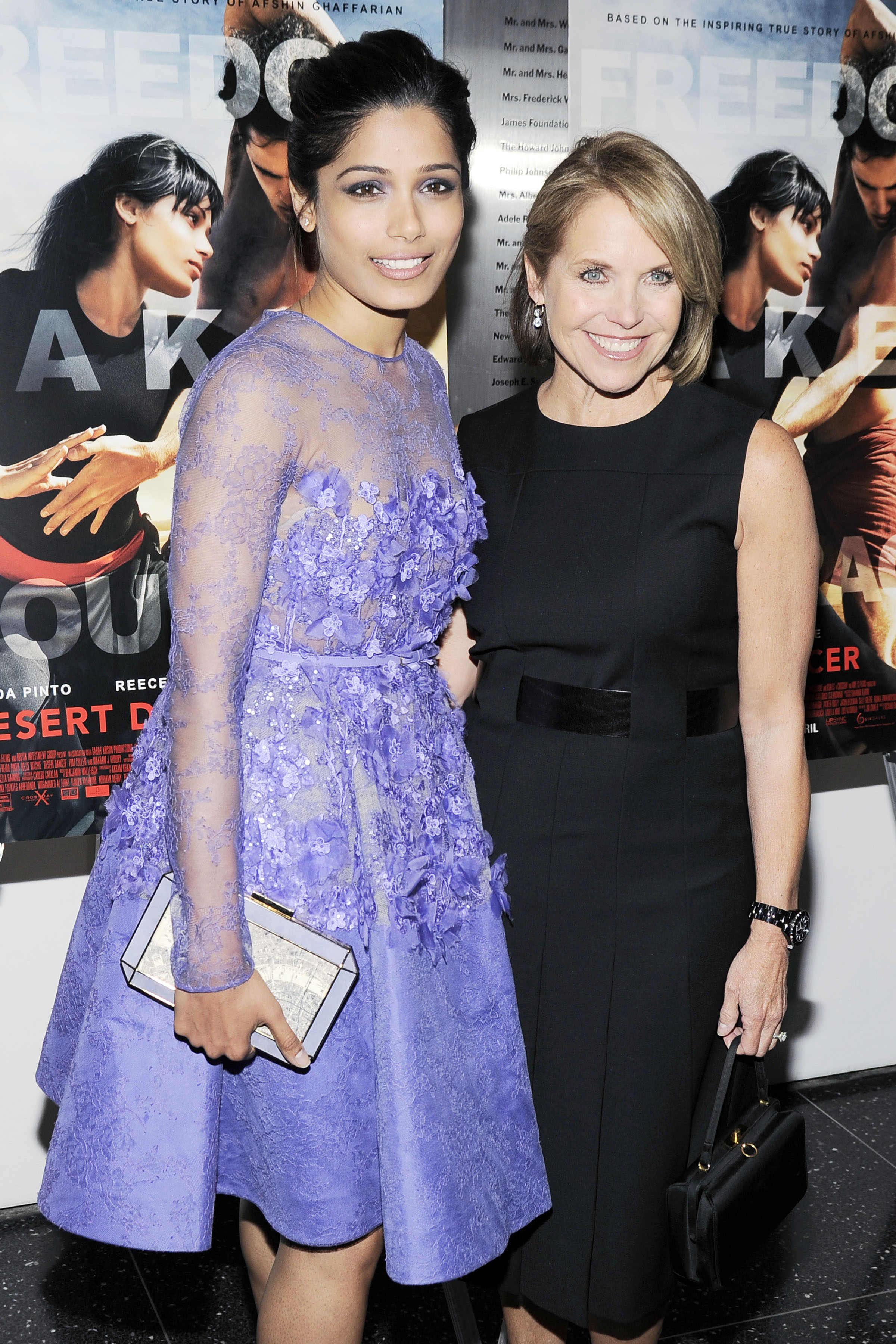 An endless coterie of celebs turned out to The MoMA last night to witness the debut of the highly acclaimed film, Desert Dancer, hosted by Relativity Studios and The Cinema Society. The film chronicles the unbelievable true story of Afshin Ghaffarian during the volatile climate of the 2009 presidential election in Iran, and stars Freida Pinto who arrived sporting an Elie Saab-designed lavender confection.

Pinto was joined for the exclusive screening by fellow film buffs, including Mikhail Baryshnikov, Katie Couric, and Elettra Wiedemann, who all co-hosted the premiere, along with Iman, David Schwimmer with wife Zoe Buckman, Josh Lucas, Sophia Bush, and producer Brett Ratner. The true story left guests riveted until the very end, and was followed by one of those amazing after parties that The Cinema Society has become known for.

This time, the festivities took place at The Baccarat Hotel & Residences, the newest uber-luxurious piece of real estate in Manhattan, located conveniently across the street from The MoMA. The second floor lounge was replete with Baccarat Crystal, down to the champagne flutes (which were rumored to ring in at $300 each) along with a bevy of presumably practical fur-clad furniture. Minnie Mortimer and Charlotte Ronson held a pow wow on one of the banquettes, while Mademoiselle Pinto made the party rounds with a cocktail in-hand.