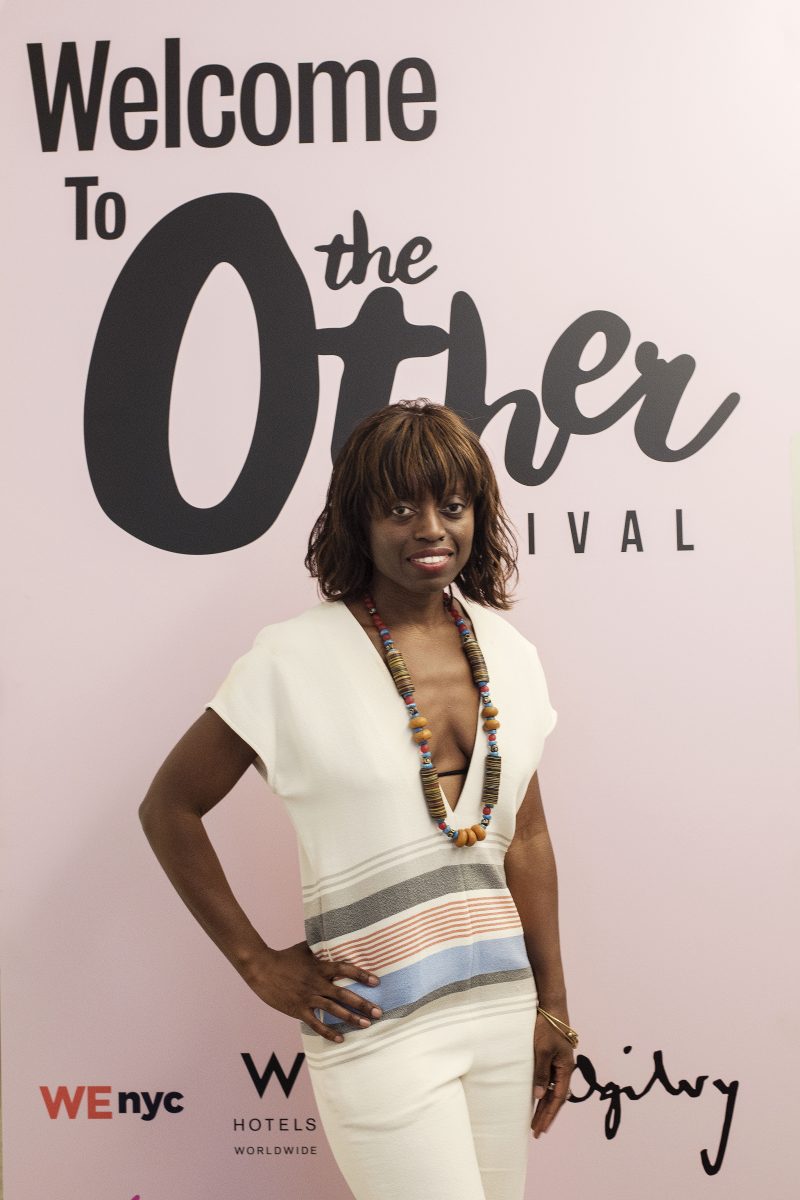 Next Weekend, Dee Poku is bringing back The Other Festival for the second time, taking place October 14 to 15 at City Point in Brooklyn, New York. The all-female lineup, including Laura Brown, Jenna Lyons, Stacy London, and Mary Alice Stephenson, will showcase influencers, entrepreneurs, entertainers, and creators with the mission to inspire, educate, and empower women. Glam4Good is the festival’s nonprofit partner, and we’re proud to be the festival’s media partner. Poku breaks down the conference and what you can expect from this year’s festivities. Take it away, Dee!

What sparked the idea to start The Other Festival?
Up until now I’ve been running an organization called WIE, which is very focused on advancing women in the workplace. What happened was I went to a musical festival, and I remembered just looking around at the audience and noticed that like 80% of the people were women, or at least that’s what it felt like. When I looked up at the stage, there were very few if any female headlines. Just like that you see these situations of imbalance where women are the economic drivers but it’s not always reflected that way in the music society. I wanted to see what I could do to readdress that imbalance so it was a combination of everything I’d been doing before and then bringing this new idea I had from my encounter at the music festival to create this unique concept that’s a mix of music, art, and culture as well as many other aspects.

How did you come up with the name of the festival?
There are two reasons: The first is I think in society a lot of women get to the point where we don’t love ourselves enough. We have self-doubt, and there are physical aspects. We try to conform to be like everybody else, but those differences in who you are and what you look like—race, gender, sexuality, etc.—are what make you great, unique, and special. You have to love what you love about you. Second, it’s the meaning behind it. It’s saying, there are all sorts of concerts and festivals out there where there’s male domination, and The Other Festival is where the women are and where you can find the people who are missing.

What can we expect from this year’s event?
I’m extremely excited about what we have to offer. From a short perspective, we have a lot of incredible panels. We have one called Create Innovate, which is all about how founders, start-ups, and curators market their business on a budget. We have a panel called Go Fund Yourself, which is about pitching for fundraising. All of our panels are really about the creative aspect of being a curator or maker. We have a panel on sustainability called Eco Warriors, the key driver right now—we need to be innovative and more stable. We have a panel on diversity with the great founders of The Knot and Rent the Runway.

Tell us about the music component!
We have a music program with performances from Lion Babe, Ravyn Lenae, Tangina Stone, Flint Eastwood, Jess Best, and Alex English. You’ll be able to shop The Other Shops, which is where we showcase the best that New York has to offer in terms of female founders.

What made Glam4Good the appropriate nonprofit partner for the event?
I’ve known Mary Alice Stephenson for a very long time. We’ve been in the trenches together, working to advance women. After speaking I realized we’re in the same place and we’re trying to do the same thing. I’ve always wished that I could collaborate more with friends who are also doing similar work. It felt like it was the right time—I love what she does, I love the messaging behind what she does, and it very much fit in with The Other Festival concept.

Laura Brown, who’s speaking at the festival, is also a pal of yours. How’d you two meet?
We were immigrants together! I’m British, she’s Australian. We moved to America around the same time, and we met through another fellow immigrant, Sarah Bailey, who was editor of ELLE UK. I’m so proud of her, and I think the best part about her success is that she hasn’t changed one bit. Every Instagram post, every interview, she says the same honest stuff. It’s wonderful to put someone like that onstage—she’s the real deal, authentic, and genuinely wants to help other women.

What else are you excited for attendees to see this year?
I’m very excited to be working with Berlin Cameron on creating a brand bar, and about Laura Brown and Jenna Lyons being in conversation together about personal branding. I want this festival to be about music, too, so I’m thrilled to have our performers. We have a lot to come!

Everything You Need to Know About the Ugg x 3.1 Phillip Lim Collaboration