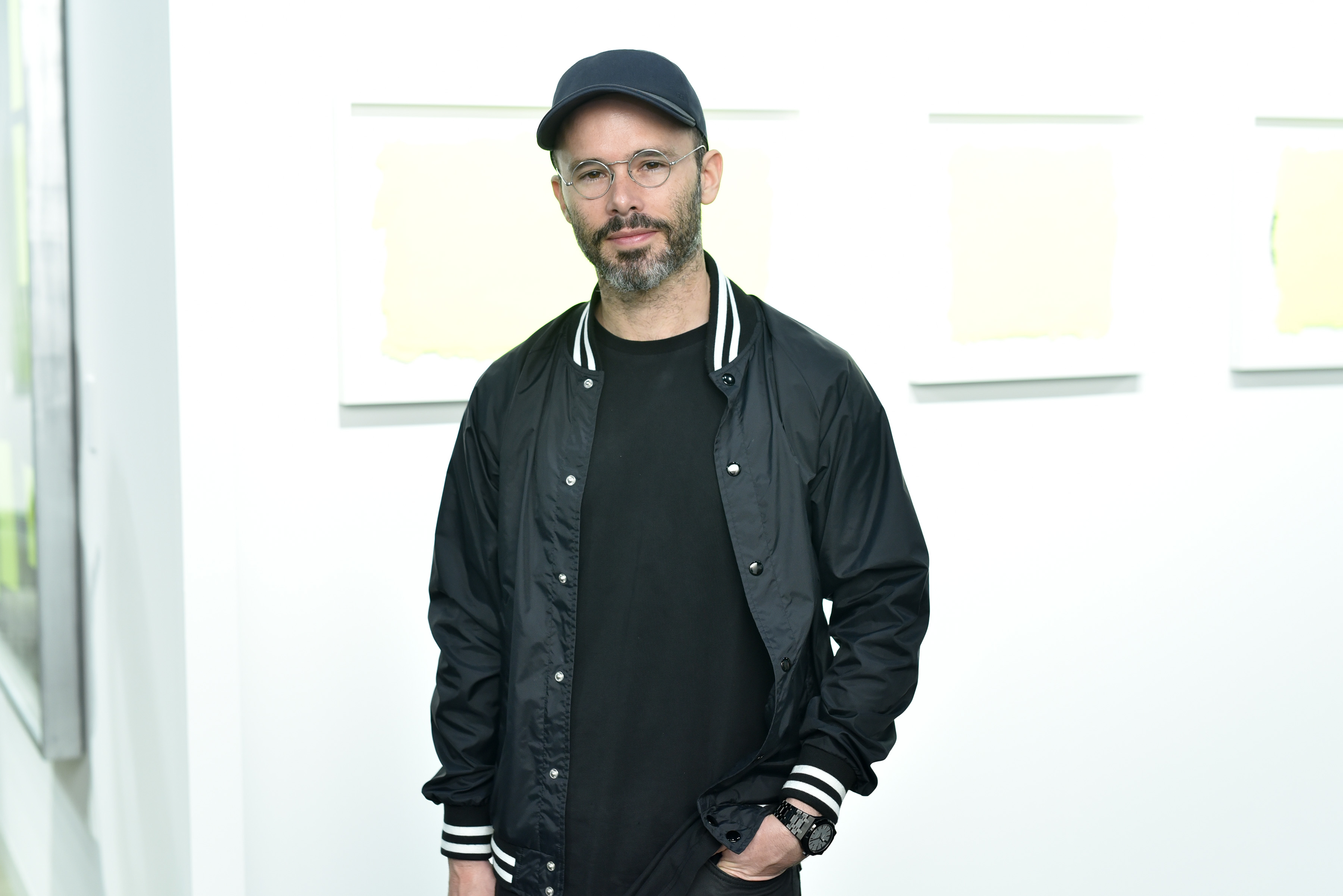 Daniel Arsham, the popular Miami-born, New York-based artist, remains one of the fashion world’s top collaborators. We caught up with the visionary about Art Basel Miami, creating the Design Miami entrance, his fashion projects, and working in color for the first time.

You emerged in the art world, but have made a name for yourself in fashion. How did that relationship develop?
It was mostly through friends. Certainly I’ve followed some designers—Maxwell [Osborne] and Dao-Yi [Chow] I have known for a long time, and Richard Chai is a good friend. [It’s an] opportunity to be around people who create clothing and create a brand. In some ways Public School feels to me less like a brand and more like a movement of people and ideas. I felt much more related to them than what I imagine large fashion houses would be. But I’ve worked closely with a gallery in Paris that has very strong ties to Louis Vuitton and Dior, so I’ve had opportunities to work with those houses as well. The Vuittons and Diors, specifically, have a history of working with digital artists.

You’ve done a number of collaborations within fashion and hip-hop. How do you approach each one so they’re different?
I take the opposite approach and treat them all the same. [Laughs] So when I’m working in stage design or an exhibition or with [my architecture firm] Snarkitecture, where we do a lot of retail projects, I sort of think about them as an opportunity to create a new experience. The medium is what changes. So in some ways, when I operate in the studio, I think of them all the same. By the same token, I bring people into that world that have diverse backgrounds. I get bored easily.

Recently you received glasses that help you see color. Being color blind, how have they impacted your work?
I loved them when I first got them. I don’t see black and white, but I see a really reduced palette. The glasses increased my color vision by 80 percent. So when I first got them I was like, this is amazing, and I wore them all the time. The exhibition that I just had in New York was the first one that I showed in color. But I stopped wearing the glasses.

Why!
Because they were distracting after a while. So now I use them as a tool to see what you see and what everyone sees, and then once I’ve seen that, I can go back to what I see.

Let’s talk Art Basel Miami. You designed the entrance for Design Miami—how did that opportunity crop up?
My firm Snarkitecture designed the entrance for Design Miami, which was a commission. The practice started about 10 years ago when Hedi Slimane was at Dior, many houses ago. He commissioned a project from me for a retail space in Los Angeles. I had to engage an architect in order to execute that project. Following that, there were requests from clients and collectors, people who were closer to architecture than they were my own practice, and so I started this architecture out of that. It has some aesthetic overlap with what I do but it really has developed its own language now.

Aaron Banderoff’s gallery represents your work—what did you show at Basel this year?
Yes, the Don of downtown! I’m showing work with Galerie Perrotin, and that’s sort of it. And I did a small dinner for a project at the Edition Hotel.

What’s your relationship with A-ron like?
In some ways he’s a kind of legend in New York. He’s one of the most brilliant people at seeking out young talent, and I admire him for that, He’s someone who really pays attention, and he’s tied in to thinking creatively about “young people”—when I say that, I don’t mean I’m old. Like, A-ron would definitely know right now what’s happening with 18-year-old kids in the Lower East Side, what they’re into, what they’re wearing, what kind of sneakers they’re looking at, who they’re following on Instagram. He somehow is tied into that.

Michelle Williams Opens Up to ELLE About Tabloids, Boundaries, and Her Latest Role