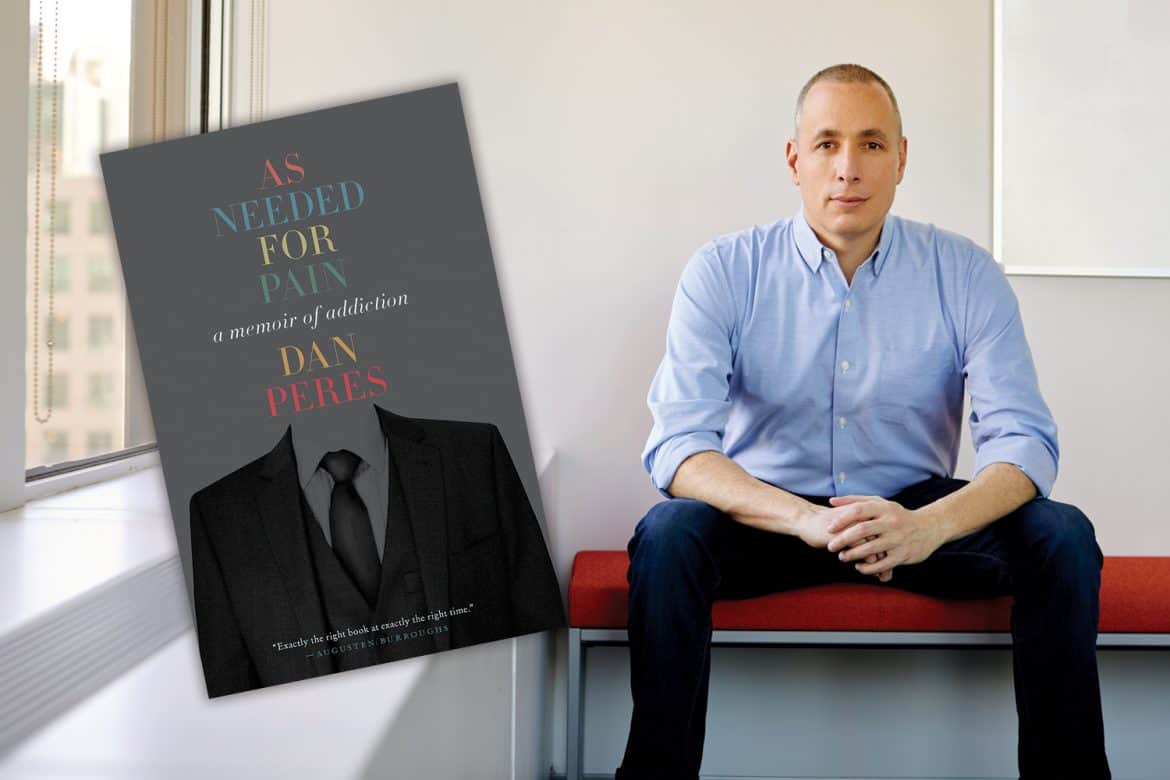 Dan Peres quickly made a name for himself in the early 2000s as the editor-in-chief of Details. In addition to relaunching the magazine, he guided it reach a new audience and nab awards and accolades. But during the first few years, Peres harbored a secret: he was addicted to Vicodin, at one point taking as many as 60 pills a day. In his new memoir, As Needed for Pain, Peres is now opening up about those years, getting clean, and fooling the fashion industry.

Why were you finally ready to put this story out there?
I had been thinking about different portions of the book for some time and I wanted to write them down. I had some incredibly vivid memories of some pretty awful moments in my life and I wanted to take advantage of the fact that I still remembered them. More importantly, when I was taking drugs and struggling and as an active addict, I sought comfort in addiction memoirs. Even though I wasn’t ready to stop, or trying to stop, or couldn’t stop, turning to stories like these gave me hope and showed me there was a way out. Initially I wasn’t thinking of it as a as a book. But the more I started to move along I thought, with any luck my story might be able to inspire someone to get the help they need.

What were some of the most difficult moments to write about?
Two come to mind. One was when I was hosting an event for [Details] in Los Angeles. I had run out of pills. Running out of pills was the worst thing that could happen to me, and it was something I confronted with some frequency, because I was taking so many.

I had spent a good portion of the day trying to find a doctor in L.A. who would prescribe me opiates. I was unsuccessful. I was really starting to feel the symptoms of withdrawal. Later that evening I made the decision to get heroin, which I had never done. And ended up not doing. But I was at a point where I was like, I can’t go through withdrawal again, there needs to be something easier. I thought I could score heroin on the street. I had this bizarre exchange with a drug dealer… It was definitely difficult to put myself back in that moment. 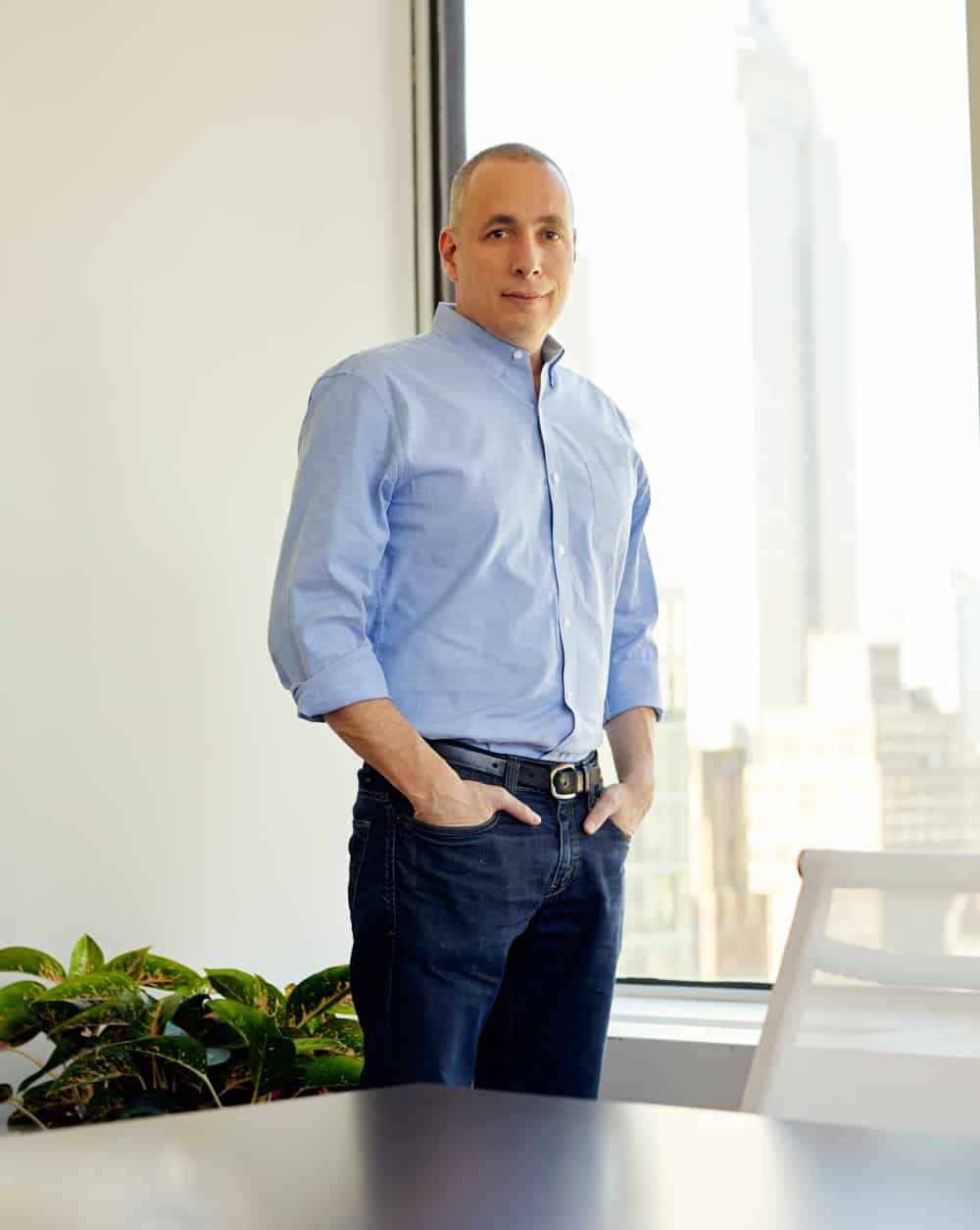 What’s the other story?
An office manager at one of the doctors offices I was going to confronted me. It was the first time anyone had looked me in the face — because Lord knows what they were thinking or saying behind my back — and said, “I really think you have a problem.” Instead of saying, “Yes, I need help,” I actually got offended. I was saying things like, “How dare you?” and “Shame on you!” That was a tough passage for me to write because I liked and respected this woman very much. And it reminded me of the pain I was feeling and how low things had gotten. I thought it was this beautiful con I was running on everybody, but the cracks were starting to show.

How much of your reaction to her was denial?
Addiction is such a powerful beast. I was aware that I had a problem, particularly at that stage. I already tried to stop a number of times, but just couldn’t do it. And I certainly couldn’t do it alone, which is what I was trying to do. But it was more performative then than anything else. I wasn’t going to be okay in that moment signaling to her in any way that she was on to me. I also thought that if I dug in hard enough, and was offended to a such a degree, I might call her bluff. Everything I did was about getting more pills.

Do you think anyone in the industry could tell that something was up?
Definitely people on the Details staff. Probably beyond the walls of our office as well [people] knew that I wasn’t terribly reliable. For as much as I thought I was hiding in plain sight, surely there would have been raised eyebrows around some of my behavior. Most notably, pretty consistent absences from the office. But I don’t think people would have leapt right to, “Hey this guy’s a drug addict.”

Tom Ford caught you taking pills in the CFDA awards bathroom and made a remark. Do you think he knew what you were doing? Or was he just making a sardonic joke?
It’s hard to know. We had a sort of playful relationship and it’s quite possible that it was just being as normal sardonic self. But it’s also just as possible that it looked exactly like what it was, which is guy quickly trying to swallow some drugs before anyone noticed.

You became friends with David Copperfield. Who else have you befriended over the years?
The friendship I developed with Karl Lagerfeld was incredibly important to me. I’ve met Yves Saint Laurent. I got to interview John Updike many years ago, and a number of other writers that that that have been incredibly influential in my life. David Copperfield, though, was a true hero of mine. I grew up idolizing him. I was a full-on magic nerd. While my brother and friends were out pursuing social lives, I was in the basement practicing magic and studying tapes of Copperfield performances. Having the opportunity to meet him was unbelievably exciting. Developing a friendship with him was incredibly unexpected and turned out to be one of the most important friendships of my life. 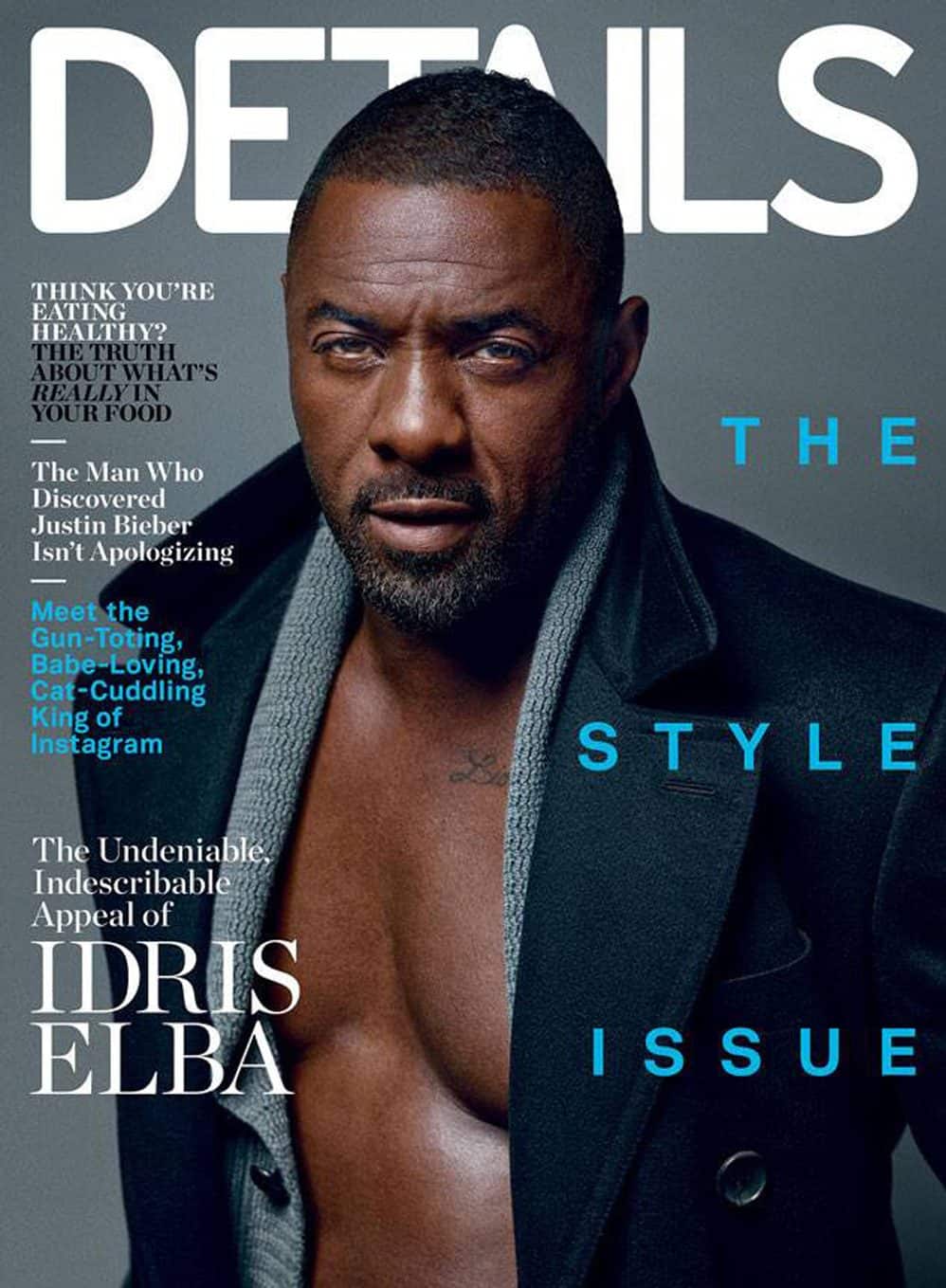 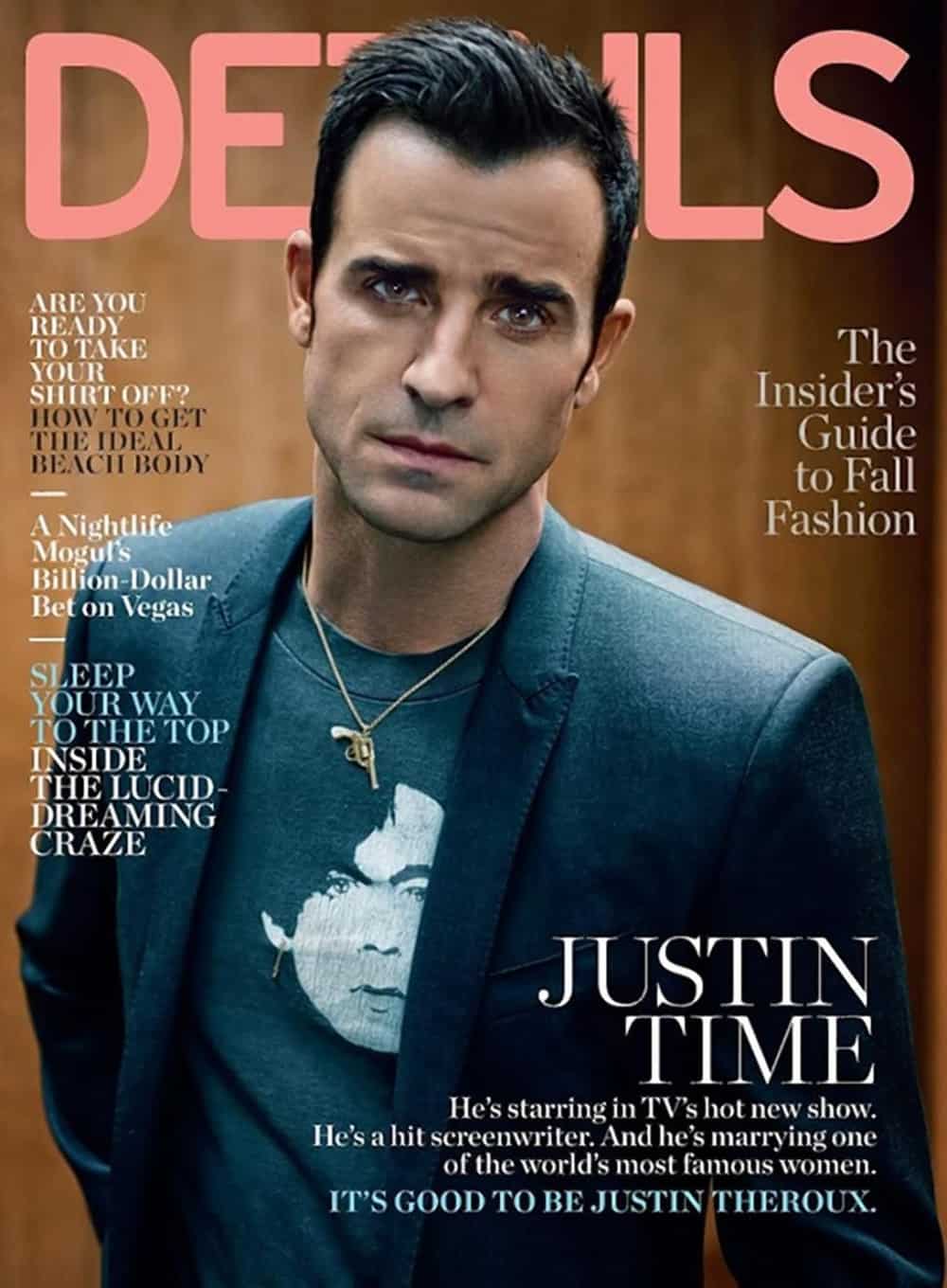 Do you still like magic?
I love magic. I also have three boys aged 12 and then eight-year-old twins. We’re constantly fiddling around with magic or “Hey, Daddy, can you show me that trick?” Things like that. I took my oldest son, Oscar, to Las Vegas not too long ago to see David’s show. We spent a lot of time with him. It was pretty amazing.

How aware are your children of this story?
I’ve spoken to all three of my kids about it, most directly with my 12-year-old. They’re excited. They’ve never seen me have a drink in their lifetime. They’ve only ever known me as a sober dad, which is really amazing. And I’m grateful every day for that. My oldest son was born just 92 days after I got sober.

Last night he was talking to me about the book. Before he went to bed, he said, “Daddy, I’m really proud of you.” That’s pretty amazing. They understand that I was addicted to pills, they understand that I don’t drink or do any drugs. They understand that I go to meetings that aren’t business meetings — that would be 12-step meetings. I’m going to save three copies of the book, one for each of them. When I feel like it’s appropriate, I will give it to them to take a look at it if they want to.

You reveal that you did some illegal things to get pills. Was there any concern about admitting to them in the book?
I didn’t research any statute of limitations on anything. I think I’m going to probably be okay. But think of the amazing promotional opportunity for the book if I got taken away from a reading in handcuffs!

The book sort of traces the Golden Age of fashion magazines. Did any moments make you think, Whoa, that wouldn’t happen today?
Yes, a lot of things… Big shoots we did, having five or six people from the magazine go to the European collections. And then the level of travel that I was afforded — first class flights, the finest hotels. I remember when I was living in Paris and my boss, mentor, and ultimately friend, Patrick McCarthy, would come over for the couture shows. He would take the Conchord and I would wait for him to arrive at the Ritz. Anna [Wintour] would follow in the car behind. Oscar de la Renta was on the plane with them and Steven Meisel. It was a very different time. But I’m grateful that I was there for it.

What misconceptions do people outside the industry have about the job?
That fashion shows are fun. Listen, it’s great to sit down — particularly the beginning of Fashion Week — and catch up with your peers. But this process goes on for several weeks, and generally includes travel. You have meetings with designers and executives. It gets to be really draining. They turn into incredibly long days where you’re tired, hungry, and it’s really not that glamorous. That’s not to say that I didn’t have a wonderful time doing it. And that’s not to say that it doesn’t have its moments of tremendous excitement. But by and large it’s a grind. 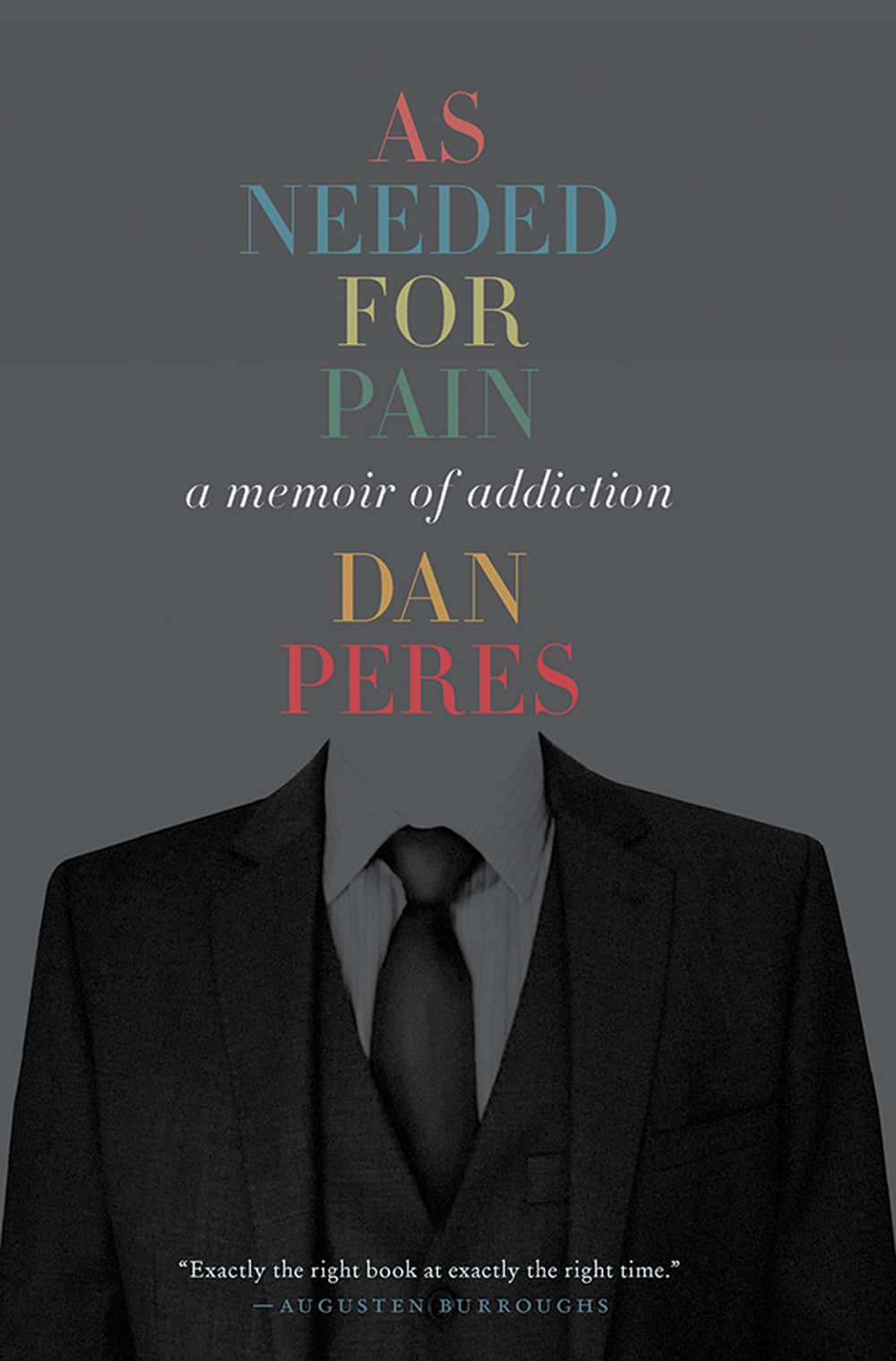 Do you still pay attention to the publishing industry these days?
I read the news. I follow a ton of media people on social media. I’m aware of big moves in the business. But by and large, no, I really don’t. I’m reminded that it’s Fashion Week only when I look at some friends’ Instagram feeds and see that they’re off in Milan or something like that.

What did you love most about print media?
Walking the halls of a magazine office and seeing layouts tacked to the wall, understanding the production cycle and the way images reproduce, how great design and layout can transform a story, how capturing the right cover image can be a game changer on newsstands… I wouldn’t say I resent the change, because change is great. We’re able to reach a lot more people now and react more quickly. Jump in conversations instead of having to wait a month to weigh in on something. The benefits certainly outweigh whatever kind of sadness I have.

But I will always in some way long for that time. When I was in college, I was a copy boy at the New York Times. This was back when they were still printing papers below the newsroom. I was sent down to get first run copies from the printer and would literally come up with a stack of papers in my arms that had just come off of a press. I would have ink all over my hands as a result of it. That to me is something that is sexy.

What happened with the Gawker relaunch?
Just as with the evolution of this business and print changing, the same is true within digital. Owners look at a business and say, “This doesn’t make sense to move forward with right now. There are other factors that we need to pay attention to.” With respect to Gawker, ultimately the time didn’t seem right to the management and they wanted to hold off. And it’s certainly their right to do that. It was a fun couple of months and I was excited for the opportunity. But there’ll be other opportunities.

As Needed for Pain is available in stores and online now.