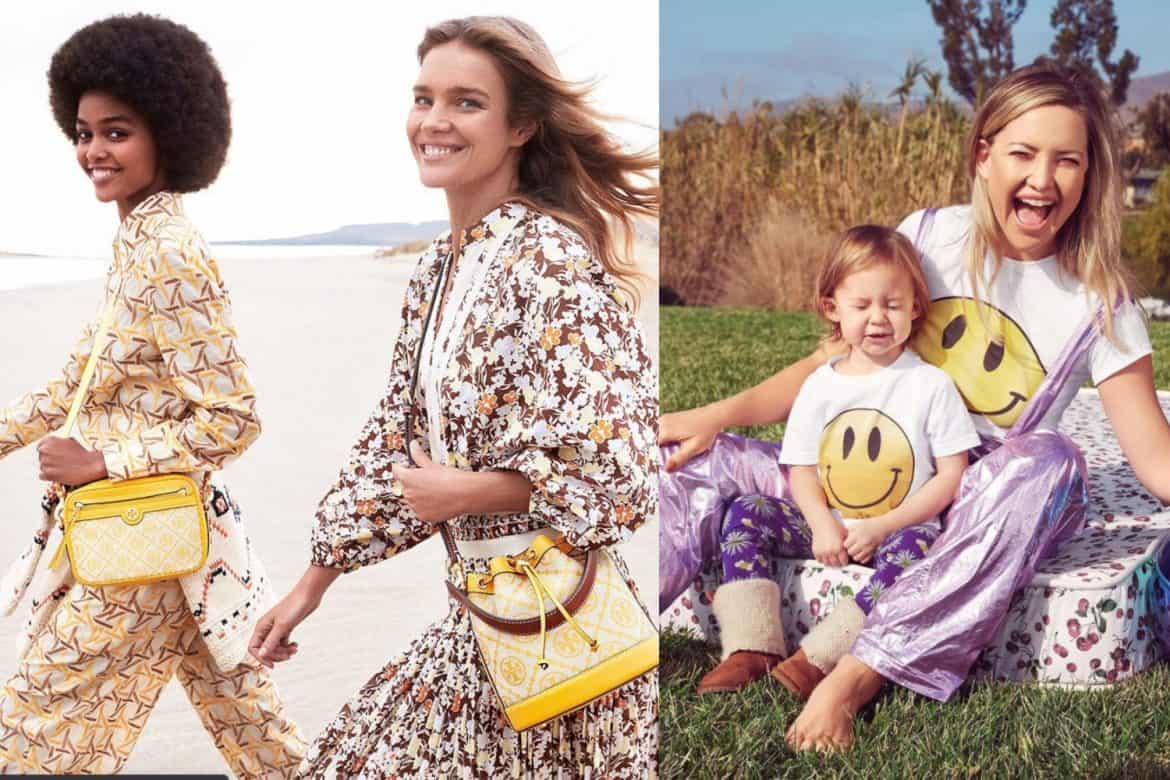 Tory Burch’s double T logo is undeniably iconic, so naturally it has a starring role in her latest campaign—albeit in a new guise. For Spring 2021, Burch redesigned the logo in a new ‘T Monogram,’ inspired by Pennsylvania Dutch quilt patterns. In the dreamy images shot oceanside, bags and leather goods covered in the new emblem are toted by Natalia Vodianova and Blésnya Minher. See the campaign below: 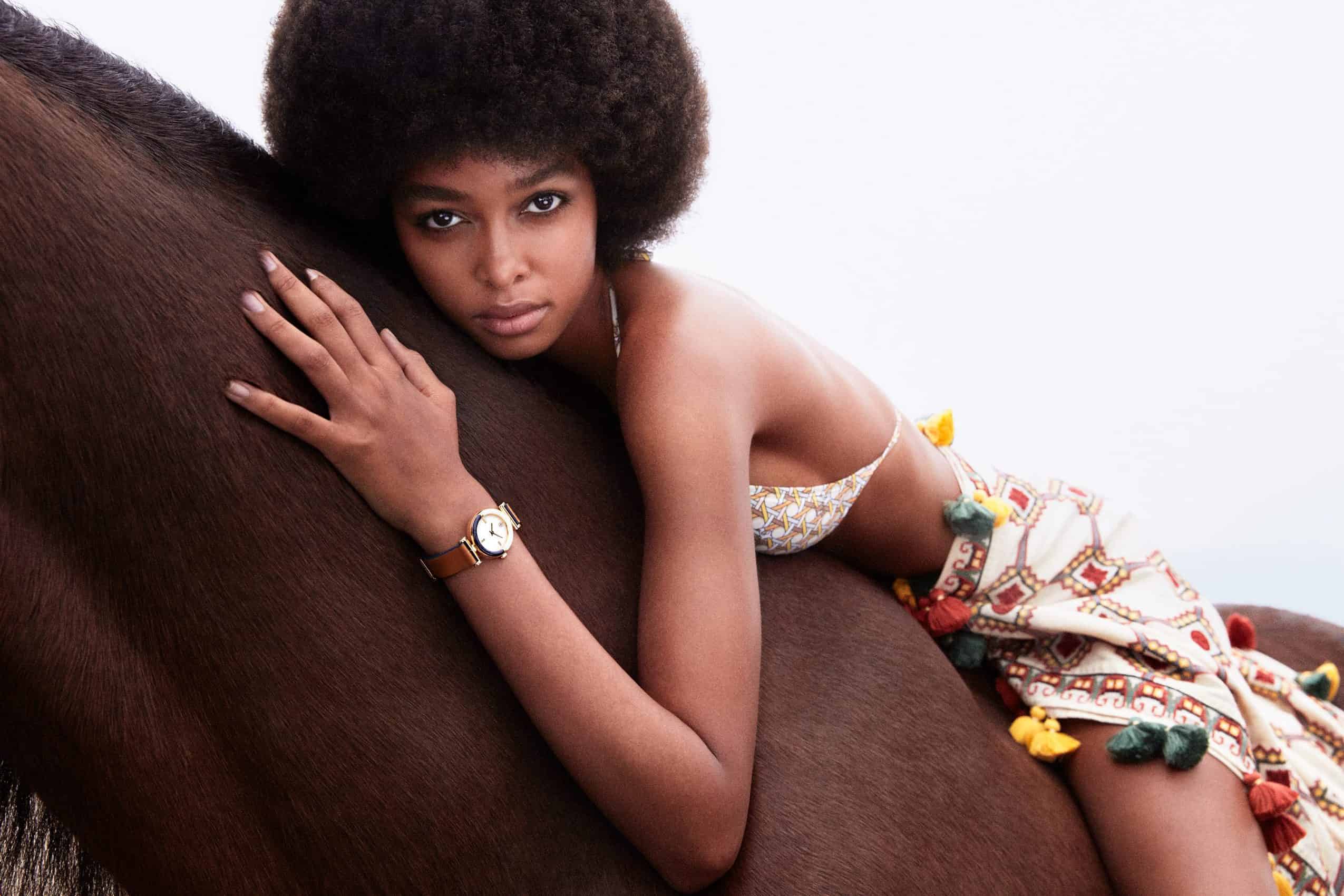 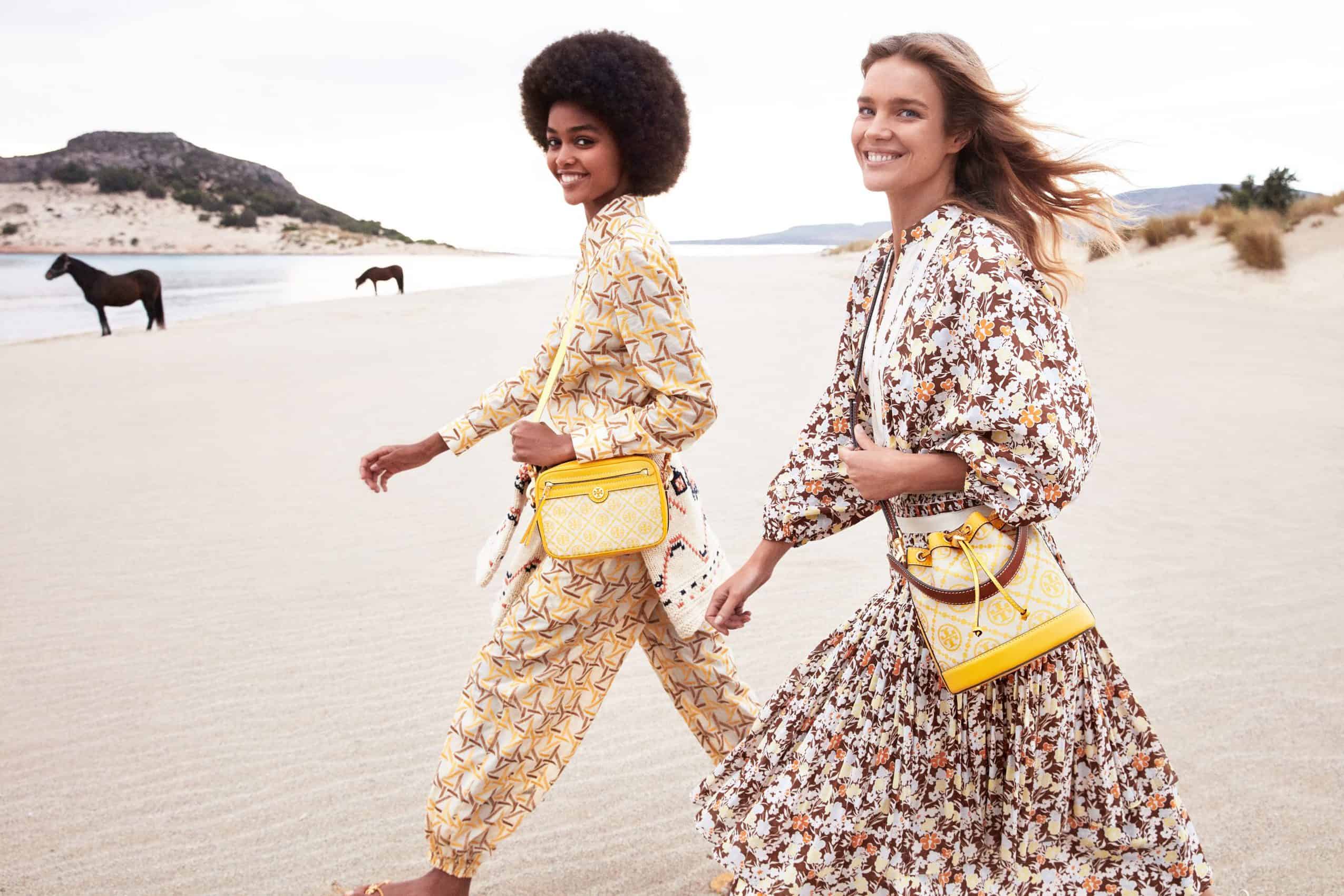 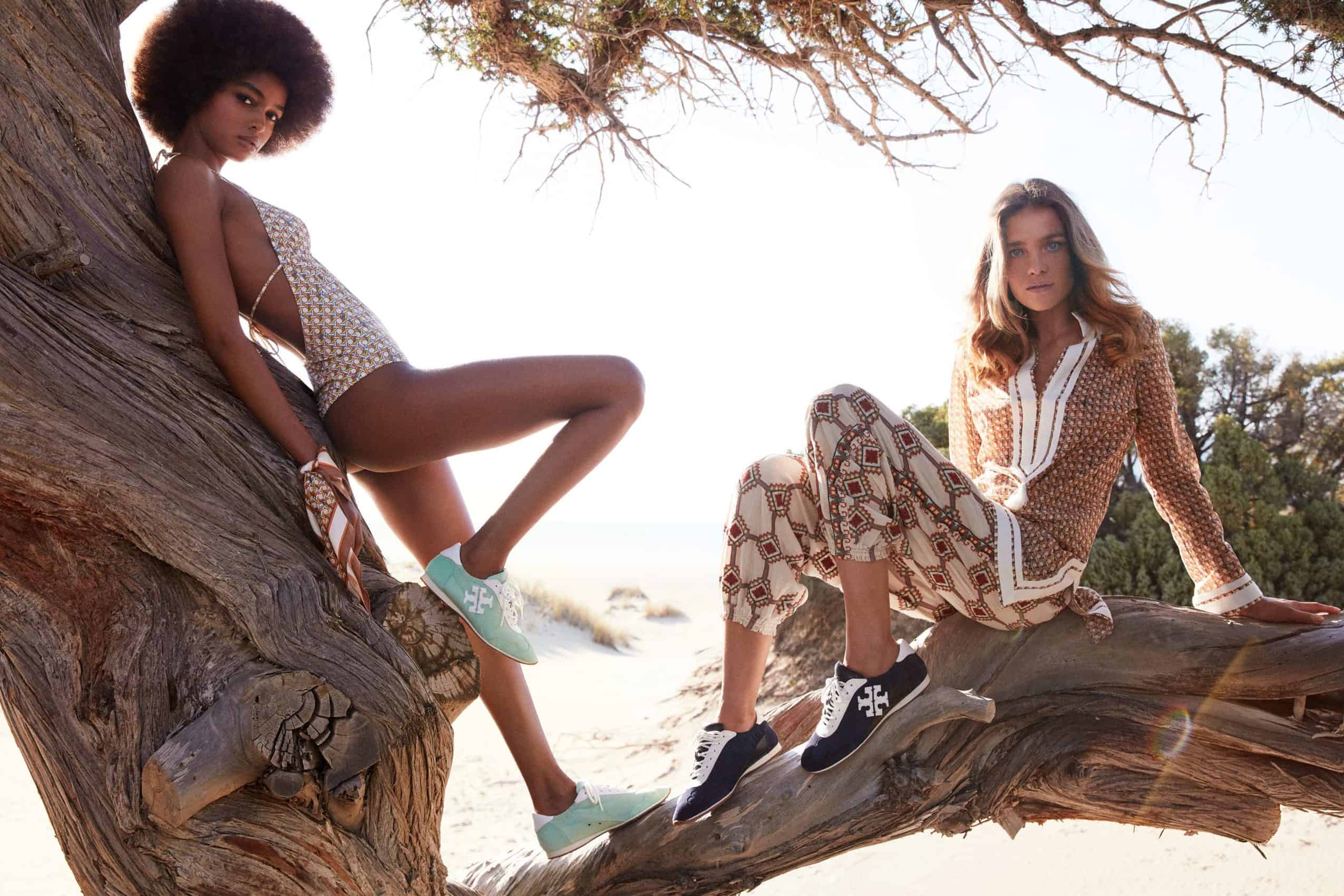 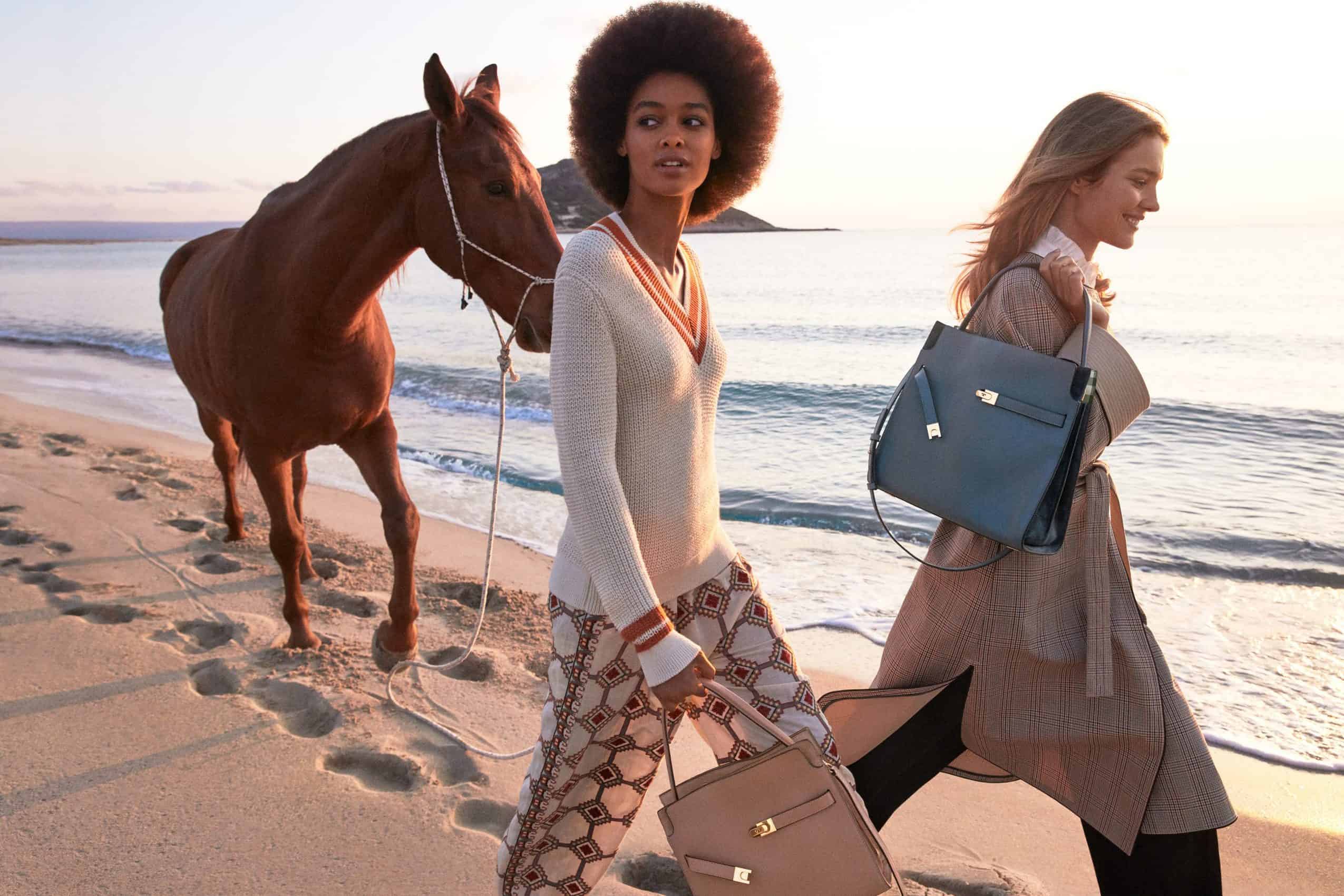 Olympic snowboarder Chloe Kim is taking on another role: fashion designer! The gold medal-winning Princeton student is designing an outerwear capsule for Roxy (also her current sponsor), according to Forbes. After a foray into designing glasses with Oakley and starring in Nike’s “Dream Crazier” campaign, it’s only natural that Kim would return to a creative pursuit. The Roxy collection will include pieces that can be worn on or off the slopes, like overalls and matching sets. Fittingly, the line next year—right in time for the winter Olympics.

Patrick Kelly was one of fashion’s greatest forces throughout the ’80s—after all, who could forget his playful pieces donned by the likes of Madonna, Grace Jones, and Princess Diana? Now the late Black designer’s exhibit “Patrick Kelly: Runway of Love,” which originally debuted in 2014, is visiting the West Coast. Focusing on themes of gender identity and racial stereotypes, 80 Kelly ensembles from 1984-1990, as well as his sketches and racial stereotype memorabilia, will be on display at San Francisco’s de Young Museum starting on October 23. The exhibit also follows last year’s Kelly Initiative, a petition by numerous Black fashion professionals that called for the CFDA to publicly release racial makeup data of its member organizations.

We could all use some lightening up right now—if only to cure the winter blues! Enter: Kate Hudson, who’s covering the March issue of InStyle in space buns and a smiley face t-shirt. The accompanying editorial is filled with rave-inspired fashion—from a graphic Louis Vuitton dress to metallic Isabel Marant pants, and several pairs of Dr. Martens for good measure. But the joyful fashion is just the icing on the cake, as the actress and businesswoman delves into her upcoming film “Music” (directed by Sia!), vulnerability, and her romantic penchant for musicians, in an interview with Carrie Battan.