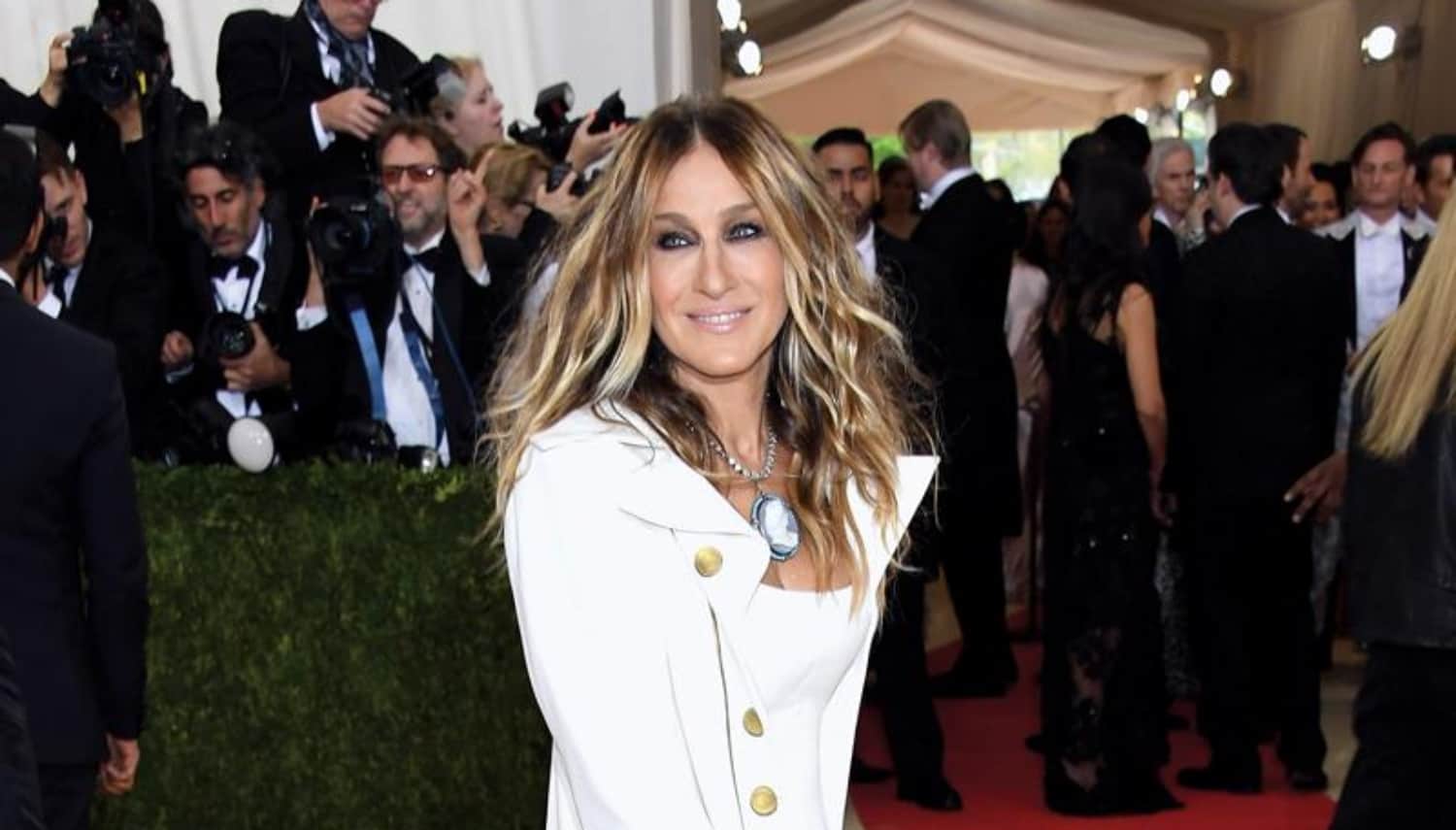 The moment we’ve all been waiting for—the SATC revisit is officially underway. The series, titled And Just Like That, will begin filming today, though a release date has not yet been announced. SJP even took to Instagram last night to document her walk down memory lane (literally), during which she stumbled upon Carrie’s old brownstone on Perry Street—coincidentally, the night before shooting began. The actress’ teasers come just days after it was confirmed that stars Mario Cantone, Willie Garson, David Eigenberg, and Evan Handler will also reprise their roles (as Anthony, Stanford, Steve, and Harry, respectively).

The latest from Gucci Décor

The Gucci world is expanding more and more by the day. The brand’s new homeware line, New Romantics, offers an eclectic offering of all-things good, Gucci, and dinner party-ready. From tassel pillows and upholstered chairs to lion-chiseled silverware and printed wallpaper, the collection borrows motifs and patterns usually seen in the ready to wear collections. Embellished, extravagant, and just our kind of OTT, it’s an ode to Michele’s maximalist tendencies. Shop the collection on Gucci.com and in select boutiques now.

Everything to know about London Fashion Week #3

The British Fashion Council was feeling generous this year, with the addition of a third fashion week! The BFC released the official calendar for the event, which is scheduled to run from June 12 – June 14, and will feature brands like Bethany Williams, Reuben Selby and QASIMI, among many others. Due to the addition of yet another showing opportunity, LFW key players like Burberry, Victoria Beckham, Erdem, Richard Quinn, and Temperley London have chosen to sit this surprise runway out. Nonetheless, a runway is to be had! Not only will the runways combine mens and womenswear fashion, but will also “celebrate the cultural commentary and creativity for which British fashion and London are known for. Similar to LFW’s past, the three-day event will be digital-first and most shows can be viewed via livestream on its website.

In anticipation for the luxury sports car maker’s first ever fashion runway this upcoming Sunday, creative director Rocco Iannone said that Ferrari’s brand new debut is meant to reflect a lifestyle label, rather than a fashion one. The ready to wear collection, which will include an offering for men, women, and children. The aim of the project, which is two years in the making, is to diversify the Ferrari brand, which Iannone believes could account for 10% of the brand’s profitability within the next 10 years. As for the collection, items will be sold through six drops of outerwear, sneakers, and leather goods—from now until next June—and will be available online and in stores beginning June 14. As for runways, the team said an annual showing can be expected. See show details below.

Joining an impressive list of chief executives and world leaders, London-native and luxury womenswear designer Stella McCartney headed to her home turf for the G7 Summit. Invited by the Prince of Wales, McCartney will represent the fashion industry in a bid to drive change and work towards a cruelty-free industry. McCartney is in attendance among business leaders from the likes of Bank of America, HSBC, and AstraZeneca, as well as global officials and policymakers such as Prince Charles and Joe Biden. Today, the group will present three initiatives to global leaders, which will include plans for sustainability projects, updated government policy, and change for large polluting industries.

Following its 10-year world tour run, Dior’s “Lady Dior as Seen By” exhibition will set up shop next in Berlin. The display, which will open to the general public starting June 12, will enjoy the space at the Michael Fuchs gallery until June 27. The renowned gallery focuses on artistic interpretations of the exhibit’s namesake handbag, and will feature an array of sculptures and photographs curated by artists around the world—each of which show how the artist depicts the brand’s signature accessory. Alongside the bag will be works from Debora Mittelstaedt, Michael Sailstorfer, and Tomislav Topic.

Café Sakara to pop up in NYC

Wellness-focused brand Sakara is headed to SoHo and Williamsburg this weekend. On June 12 and June 13, guests can visit the temporary Café Sakara to enjoy the company’s signature Metabolism Super Powder Latte—complimentary, of course—along with exclusive tastes of Sakara fan favorites, the full Super Bar collection, and the Metabolism Super Bar. Plus! Guests will be able to enter a giveaway for the chance to win prizes from Sakara, Rent the Runway, and La Colombe. Catch you there!

Saturday, June 12: The SoHo pop-up will take place at the corner of Mulberry St. and Sprint St. from 10AM to 4PM.

Sunday, June 13: The Williamsburg pop-up will take place at the corner of Bedford Ave. and North 6th St. from 10AM to 4PM.

The Impact of the Karen Elmir Group on Miami Real Estate