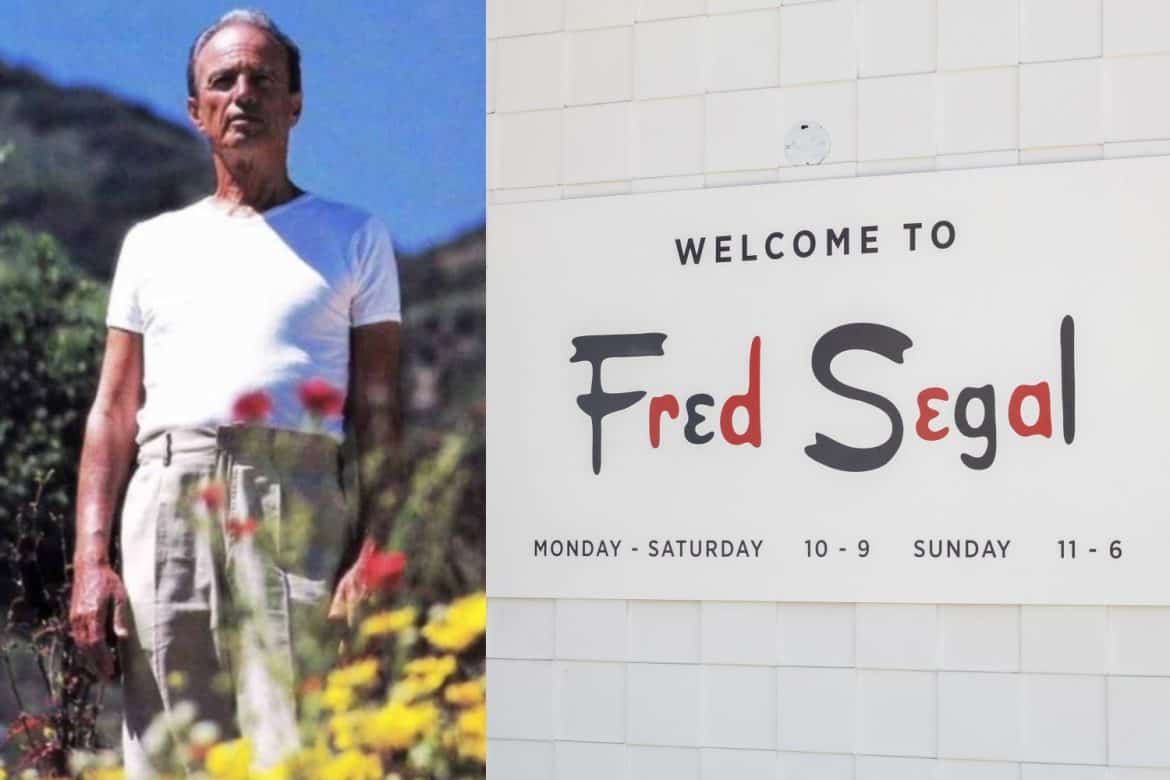 Coach has partnered with Sephora for its first beauty venture, dropping March 2. Under Stuart Vevers’ creative direction, the playful collaboration prominently features brand mascots Rexy, Sharky, and Uni in a brush set and keychain-turned-eyeshadow palettes. The full lineup also features lip glosses, nails, and under-eye patches retailing from $16-$68. Filled with metallic and dusky pink tones, it’s the perfect complement to Vevers’ breezy, Americana-influenced designs for the leather goods brand…what’s not to love! Following the Coach Forever Season Two fashion show that debuted last week, we’re anticipating even more Coach goodness from Vevers this year. If the Sephora collaboration is any indication, that will hopefully include a larger range of beauty products for a full Coach vanity. One can dream!

Retailer Fred Segal passed away over the weekend after suffering a stroke, according to Vogue.  Segal is remembered for redefining the laid back West Coast aesthetic thanks to his namesake boutiques and his first venture, Pants America, which he began in 1961. Fred Segal stores are a longtime favorite of celebrity clientele, like Paris Hilton and David Beckham, plus icons like Diana Ross, Farrah Fawcett, and the Beatles. As a businessman, the Chicago-native was truly ahead of his time when it came to establishing the stores as a go-to hotspot for the latest in cool fashion—Segal was also one of the first retailers to utilize designer denim and promote up-and-coming brands like Juicy Couture, Earl Jeans, and Libertine! He is survived by his wife, Tina, and five children, who have asked for those who want to honor his achievements to donate to the Segal Family-United World Foundation. RIP.

Todd Snyder  has announced the launch of his latest collaboration, and it’s a good one: Todd Snyder x I Love NY. The capsule reworks Milton Glaser’s iconic “I Heart NY” logo that we all know and love into hoodies and crewneck sweatshirts: the perfect blend of classic and nostalgic casual wear. The collection is inspired by the logo’s debut during New York’s “rough patch” in 1977, as well as Snyder’s overall love for the city that never sleeps. You can wear your own heart on your sleeve—or indeed, anywhere you desire—by shopping the capsule on Snyder’s website.

Moncler’s digital strategies are at an all-time high, according to Yahoo Life. The brand is expanding its efforts to promote Jonathan Anderson’s upcoming J. W. Anderson x Moncler Genius collaboration before it drops this spring. This will include a dedicated Moncler Genius podcast episode, increased TikTok content, and a series of short films premiering on streaming service Mubi. The collection’s debut follows a runaway year for Anderson, who has (so far) released Pre-Fall and Fall 2021 ready-to-wear and menswear collections for his namesake label, Fall 2021 menswear for Loewe, and Loewe’s collaboration with My Neighbor Totoro. The upcoming Moncler Genius collection will be his second, following a hotly-anticipated debut last fall. It’s clear that utilizing multiple media channels to promote a collection, especially in light of the COVID pandemic, is key for brands right now—and Moncler is using theirs to their fullest extent.

Fresh off the runways of New York Fashion Week, NYFW: NXT—the virtual training program by IMG’s NYFW: The Shows and Endeavor Impact—is back. The weeklong program aims to engage and inspire younger generations through a range of online discussions, workshops, and courses that can empower them to make changes in the fashion industry. This season’s key speakers include Zac Posen, Jason Bolden, Ivan Bart, Noah Kozlowski, and more. You can watch the talks until the program ends this Friday, March 5. The event is free and open to the public, and you can register now on Endeavor Impact’s website.

French luxury brand Patou has gained quite the cult following, so it’s no surprise that its fans are already anticipating the next collection. Case in point: a cute new video showing its digital front row, which premiered on Instagram this morning. The clip finds chicsters like Marc Jacobs, Christian Lacroix, Anna Dello Russo, Lynn Yaeger, Kelly Rutherford (and her pup, Cappuccino!), Leandra Cohen, and more as they open branded envelopes previewing Patou’s upcoming line. Despite the lack of a “traditional” Fashion Week due to the pandemic, it’s clear that brands can still pull major star power to enhance their next collections. We’ll be eagerly awaiting Patou’s next collection (and its virtual attendees) when it premieres on March 3.