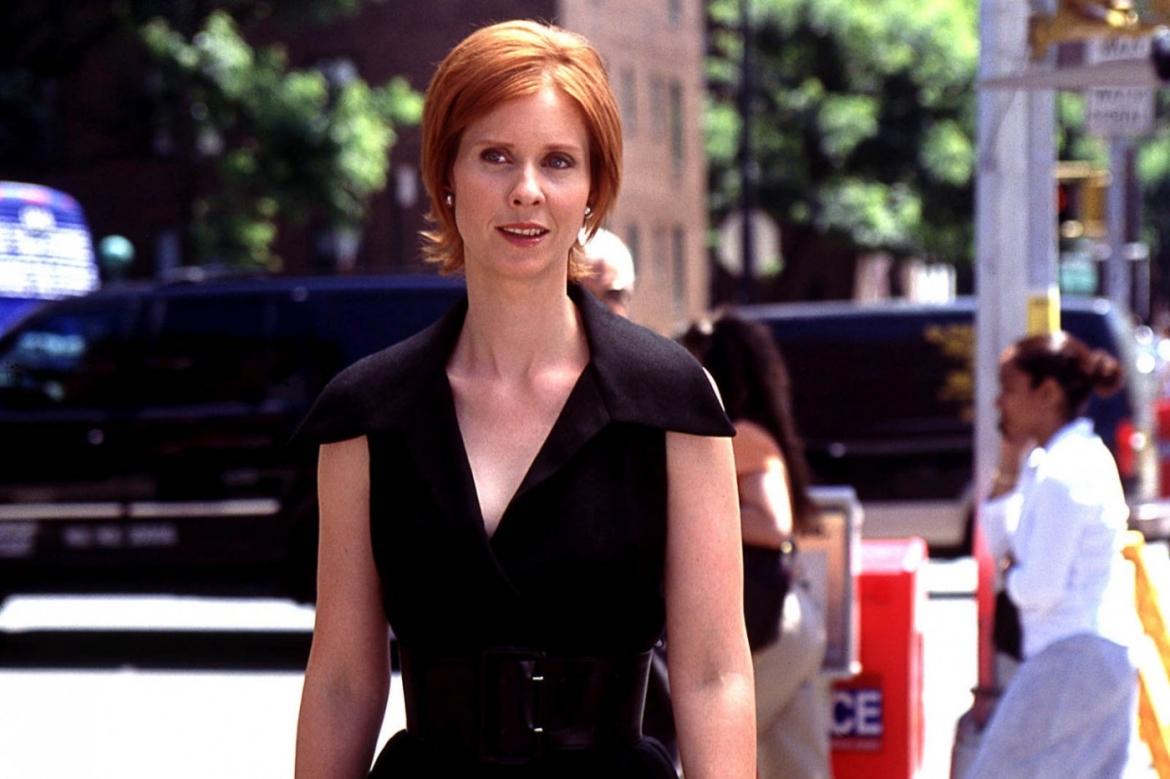 Sex and the City (HBO)

Miranda Is Running For Governor and Charlotte Is Here For It
Miranda Hobbes (née Cynthia Nixon) announced her gubernatorial candidacy for the state of New York on Monday and Charlotte (née Kristin Davis) has already tweeted support in of her Sex & the City co-star. “I am so proud of @CynthiaNixon, no one cares more than she does about EVERY person getting a fair change and a good education. I know she would be an excellent Governor !” Davis wrote. Nixon also announced her candidacy on Twitter, posting a video on the social platform.

I love New York, and today I'm announcing my candidacy for governor. Join us: https://t.co/9DwsxWW8xX pic.twitter.com/kYTvx6GZiD

Within 18 minutes of posting the video, Nixon was the number one trending topic on Twitter in New York, and then nationwide 20 minutes after that, according to the New York Times. Nixon will be facing off with incumbent Governor Andrew Cuomo for the position in November’s primaries.

A Strong Argument for Inclusion Riders in the Fashion Industry (Fashionista)
At SXSW, while speaking on a panel titled Resistance & Disruption Through Diversity & Data, influencers Nicolette Mason and Blake Gifford talked about the ways they are pushing brands to make diversity more of a priority. “For a lot of offers that I’ve gotten lately, I’ll ask who else is casted in the program,” said Mason. “And if I am their only diverse person that doesn’t really reflect very well on them in my opinion and the answer is ‘no.'”

When it’s almost gingham szn and you jump the gun a little cause you just can’t help yourself.

“It’s not enough to get through the door if you close it behind you,” said Gifford.

The face you make when you’re scheduled to speak at SXSW tomorrow but when you try to check in to your flight, you find out your ticket was never processed. Then when you’re booked on a new flight, it’s for the wrong time AND your name is spelled incorrectly. So they had to cancel that flight and book yet ANOTHER one. O, and none of the clothes you requested to wear arrived in time so you’re just going to throw whatever in your suitcase and probably end up dressed like Flavor Flav. 🤷🏾‍♀️😂 But I’m doing what determined women do and still getting sh*t done. 💪🏾 All of your tags and mentions today definitely helped me laugh it off and roll with the punches. So THANK YOU! 👭💕 Can’t wait to get weird in Austin this weekend!

U.S. Supreme Court Justice Sonia Sotomayor And Ballerina Misty Copeland To Be Honored at DVF Awards (WWD)
U.S. Supreme Court Justice Sonia Sotomayor will receive the Lifetime Achievement honor at the 9th annual DVF Awards on April 13. Ballerina Misty Copeland will also be on hand to collect the Inspiration Award. The event was created by Diane von Furstenberg and The Diller-von Furstenberg Family Foundation to recognize and support women who are using their resources and visibility to transform the lives of other women.

G-Star Taps Jaden Smith For Sustainable Denim Capsule (WWD)
G-Star will be collaborating with Jaden Smith on a sustainable denim capsule collection set to launch this fall. Co-owner Pharrell Williams took to Twitter to congratulate Smith, writing: “Proud to announce @c.syresmith as the newest member of the @gstarraw family. His commitment to the environment is such an inspiration.” Although the details of the collaboration are not yet known, the company did release a video showing Smith looking though the G-Star Raw archives in Amsterdam.

“What they have been doing with sustainable innovation recently has been so inspiring,” Smith said in a statement. “Especially with the launch of their most sustainable jeans ever. They are at the forefront of denim sustainability, on top of the denim game. It’s the same thing I’ve been trying to do with my Just Water initiative, to innovate in an industry where there is so much room for improvement. G-Star is a great place for me to collaborate, learn and make a positive impact on denim and fashion.”