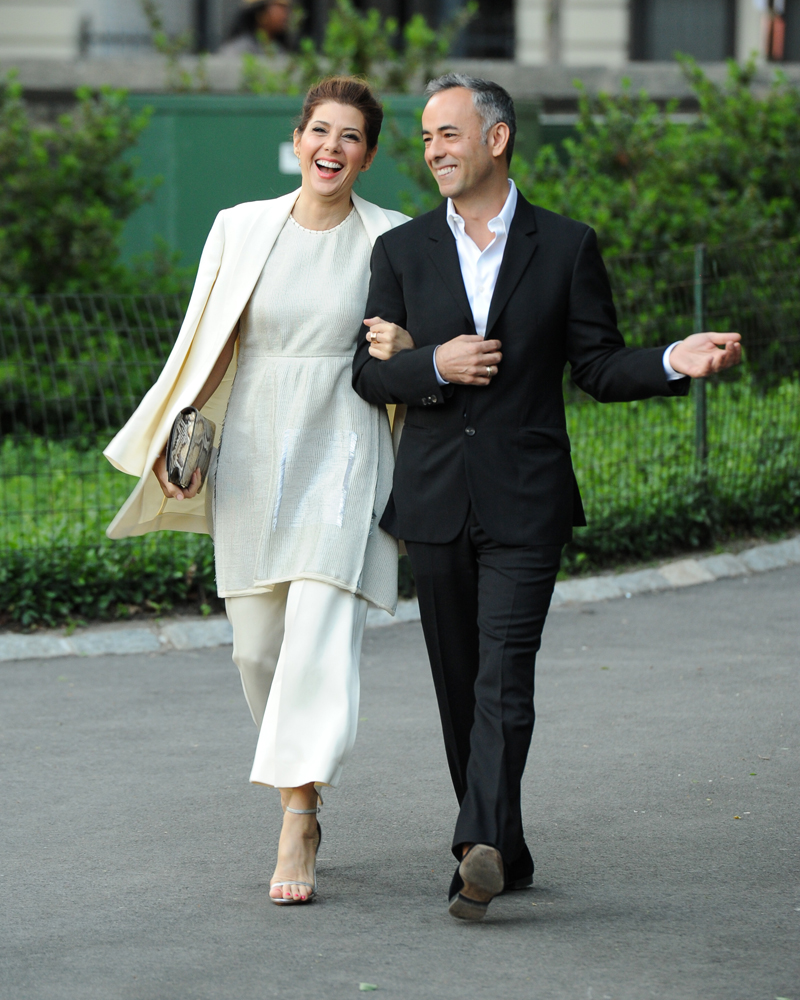 Last spring, New Yorkers lined up in droves to to see Karen Walker‘s 75-feet-long candy sphinx in Williamsburg’s Domino Sugar Factory, which was presented by Creative Time. What ever could they do next? How about the outdoor exhibition “Drifting in Daylight”, which opens today in Central Park and will bring visitors to the park’s North End for a pathway of art from artists such as Spencer Finch, Marc Bamuthi Joseph, Alicia Framis, and David Levine. To kick things off, Calvin Klein Collection, a sponsor of the exhibit, hosted a dinner last night to celebrate the exhibition in a special greenhouse that was erected for the event. The brand’s creative directors, Francisco Costa and Italo Zucchelli, along with Anne Pasternak, president and artistic director of Creative Time, welcomed Joan Smalls, Karlie Kloss (who was just at the Cannes Film Festival), Marisa Tomei, Derek Blasberg, David Hallberg, Hamish Bowles, Barbara Bush, Anh Duong, and Inez Van Lamsweerde and Vinoodh Matadin to a closed-off area near the Dana Discovery Center (seconds away from the corner of 110th Street and Fifth Avenue), where the exhibition begins.

The evening began with a cocktail party, where guests were charmed by a musical fishing boat by artist Ragnar Kjartansson sailing in a loop around the Harlem Meer. Meanwhile, a brass sextet band performed, and there was a dance performance by Lauri Stallings and the glo movement artists. There was also Spencer Finch’s “Sunset (Central Park)”, a truck that harnesses solar power and served ice cream in the colors of the Central Park sunset. Zucchelli, wearing one his very own pre-Fall suits, just flew in from Milan two hours before the event, but assured us he was holding up just fine. “I’m actually OK!” Zucchelli told us. “I have a secret. I take baths with sea salt and baking soda, which  apparently rips all the toxins out, and that’s what causes jet lag.” How often does he make it to the world’s most famous park? “Not very!” Zucchelli says. “I’m a downtown person. But every time I’m here, I love it! Especially this area.”

The exhibition is open on Fridays and Saturdays from 12 to 6 p.m. until June 20th and serves as the centerpiece for Central Park Conservancy’s 35th anniversary. 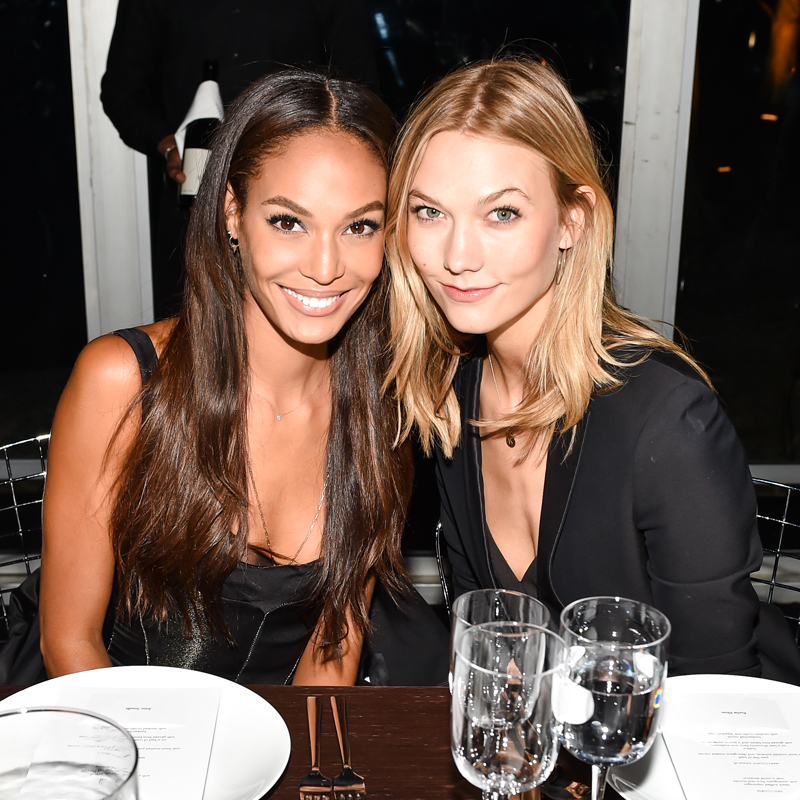 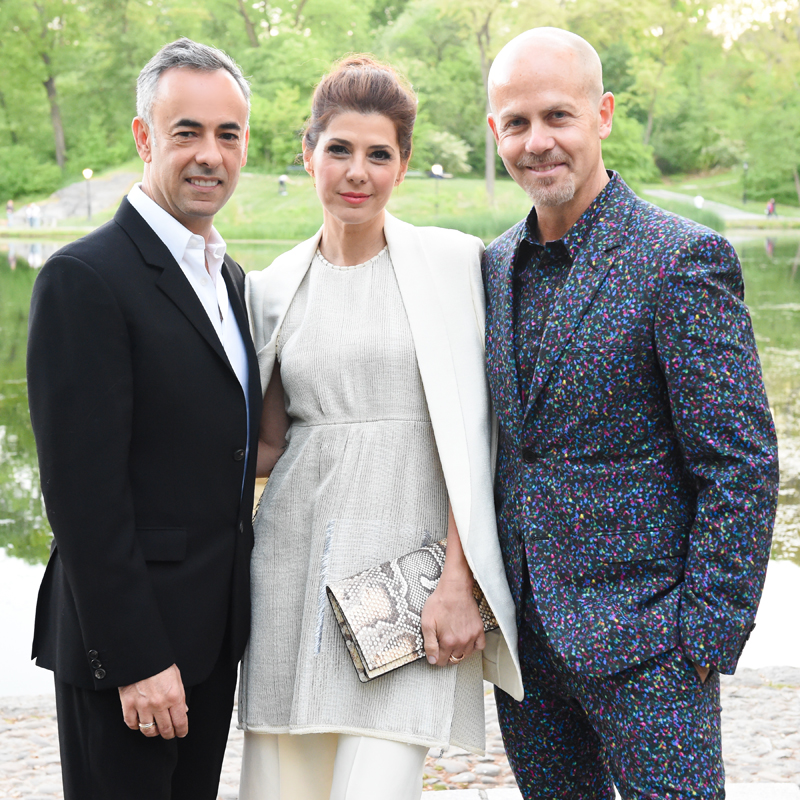