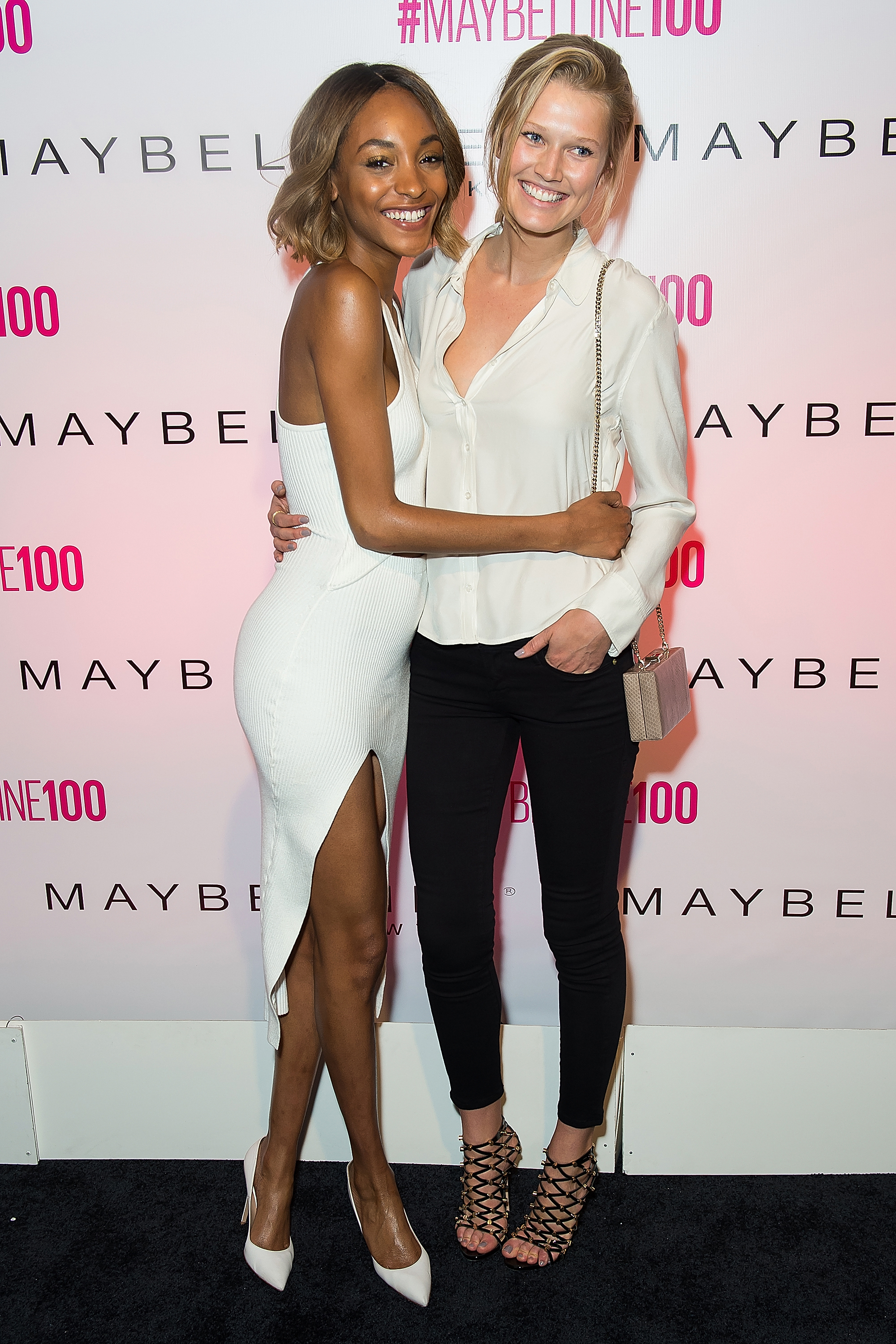 A century of chic! Last night, Maybelline New York celebrated its 100th anniversary at the IAC building. Did you know Maybel was a real person? Maybelline’s head of marketing, Anne Marie Nelson-Bogle, told the crowd the story of the makeup empire’s inception. “Maybel was preparing dinner and had an unfortunate cooking mishap,” said Nelson-Bogle. “She singed her brows and eyelashes. She mixed up a little coal dust and Vaseline and applied it to her lashes and brows and the first-ever mascara and brow enhancer was born.” If only she had known then that 100 years later, Maybelline Great Lash mascara would be one of the brand’s biggest money makers…

The fashionable fête brought out beauties who were “born with it”, like Gigi Hadid, Jourdan Dunn, Alexandra Richards, Jaimie Alexander, Nicky Reed, Emily DiDonato, Leigh Lezark, and our upcoming cover girl of The Daily Summer, Toni Garrn. “I was always invading my mother’s makeup bag, and was always struck by the pink and green mascara container of her Maybelline Great Lash mascara,” said Dunn. “It’s something I wear all the time now.” Garrn said she doesn’t leave the house without mascara, but the German beauty goes makeup-free otherwise. And why not with that visage, darlings? As for how Garrn wants to be remembered in 100 years: “I would like to be remembered as someone who did something for women’s empowerment, who brought a lot of girls to school worldwide,” she said.

It was a fitting statement considering the evening honored Glamour‘s editor-in-chief, Cindi Leive, for the glossy’s charitable initiative The Girl Project (TheGirlProject.com). “There are 50 million girls around the world right now who are not in secondary school,” said Leive. “In certain regions, girls live in fear of being kidnapped on their way to school or they are forbidden altogether. At Glamour, we are not OK with that, so last year we launched a global non-profit initiative, The Girl Project to support girl’s education around the world. We’re helping to provide at risk girls with the tools that they need to succeed.” Last night, Maybelline donated $100,000 to the initiative; one of the girls already touched by The Girl Project, Zenia Colon, was on hand for the occasion. The Delaware-based 11th grader ended her speech with her own inspirational quote: “I have the ability to change the nation and the same goes for you. Find what your gift is and operate it so elegantly that the entire world will be moved by it.” Spoken like a true Maybelline girl. 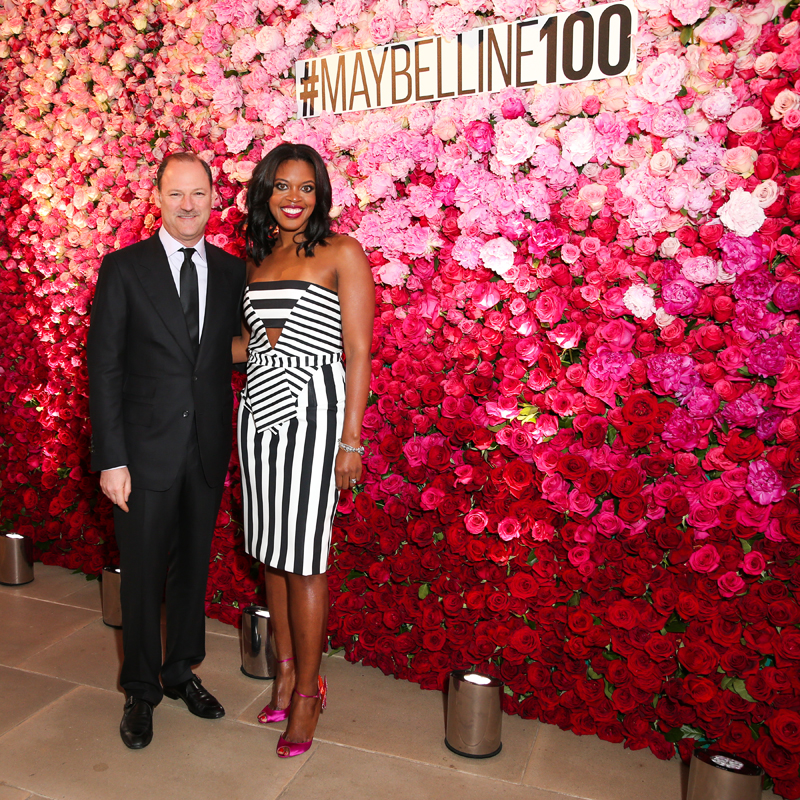