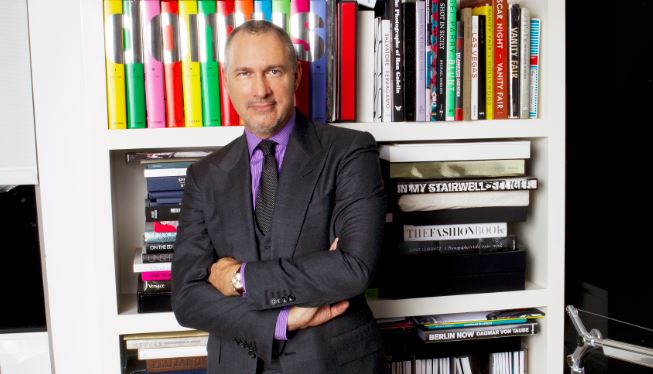 As Condé Nast’s big move to FiDi looms closer, the big announcements keep coming: Today, the publishing giant announced the promotion of Edward Menicheschi to chief marketing officer and president at Condé Nast Media Group. This new position marks the end of his eight-year tenure as the VP and publisher at Vanity Fair, and continues his long jag at the company. Menicheschi succeeds Lou Cona, also former VP and Publisher at Vanity Fair. Cona was promoted to the president title in April 2013, prior to which was he the group’s CMO for three years. “Many of you have worked with Edward during his tenure here and are familiar with his deep understanding of our brands, audiences and advertisers,” said Condé Nast president Bob Sauerberg in an internal memo. “He will bring his considerable skills and experience to bear as we expand our advertising and marketing influence across all platforms.”

Menicheschi joined Condé in 1986 as fashion marketing manager at GQ. He’s held a number of publishing gigs at Vogue, eventually becoming associate publisher for Europe at the glossy. In 2001 he was named president of Fairchild’s WWDMedia Worldwide; five years later, he joined Vanity Fair. “This is an unprecedented opportunity to transform the Condé Nast Media Group to more effectively reach premium audiences, cultivate data services, and innovate new ad products, native and client solutions, and large cross-platform deals. I am thrilled to take on this new role and work with Bob and the incredibly talented teams at the brands and the Media Group to drive these initiatives forward,” Menicheschi said in a statement. Menicheschi’s successor has not yet been named.

Gilt Is Launching A Scavenger Hunt