Coco Rocha on Her DKMS Ambassadorship, Her Daughter’s Shoe Obsession, & Life as a Blonde 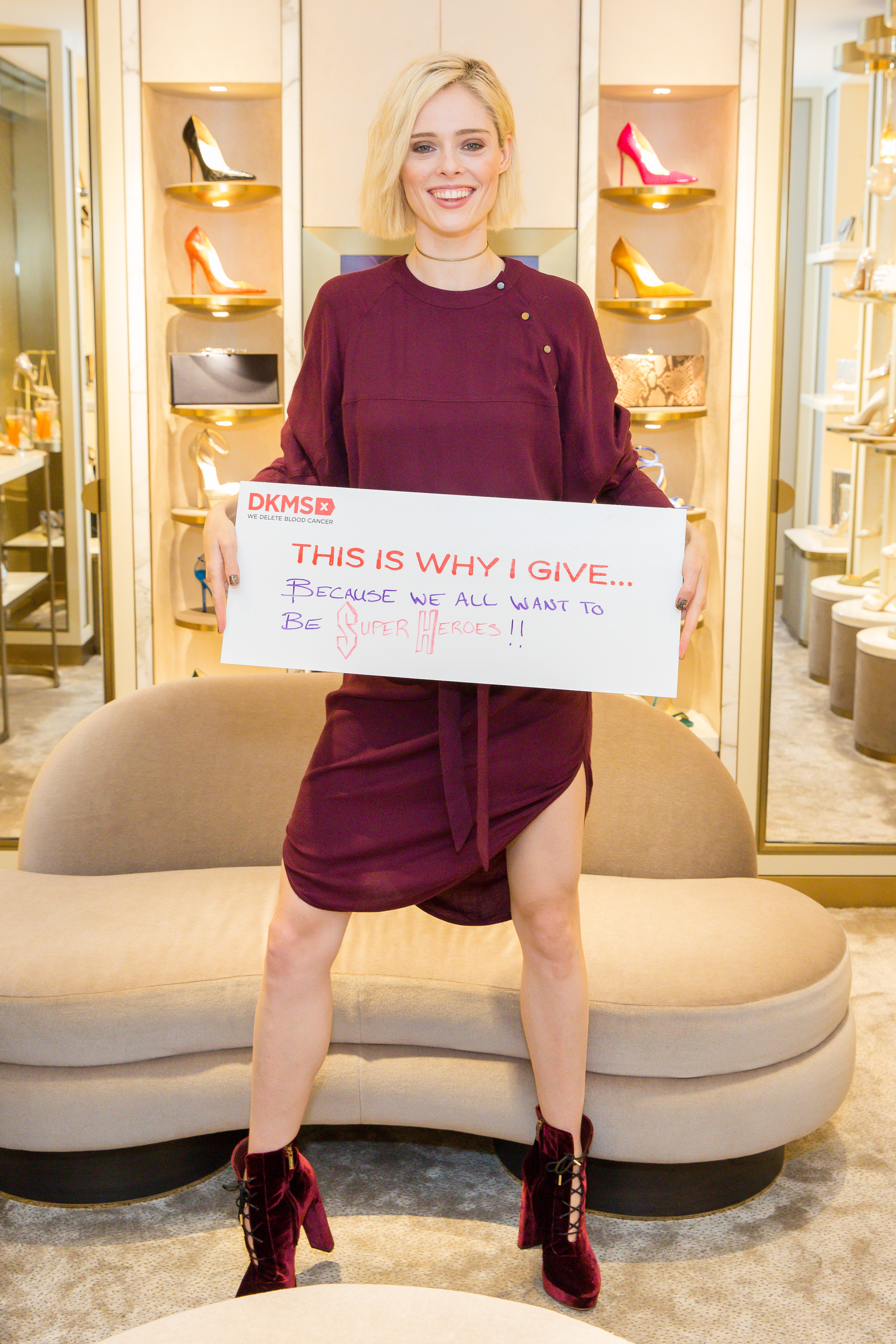 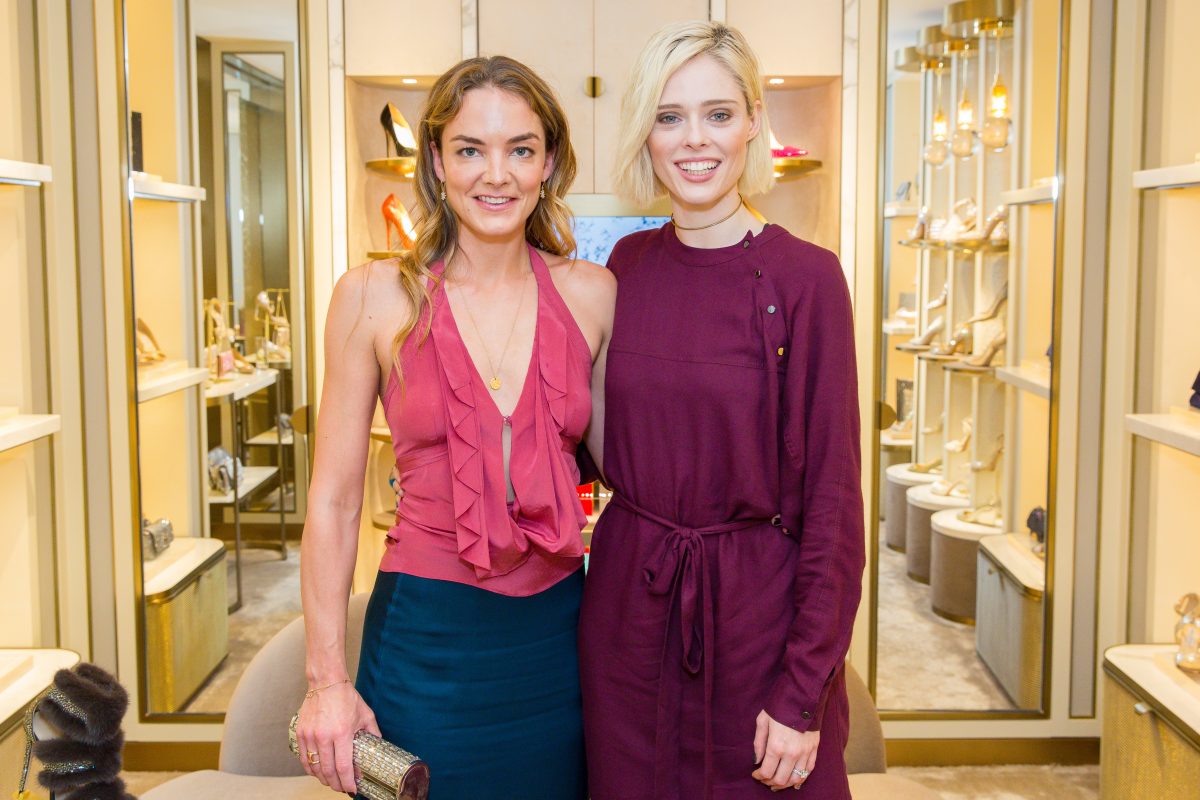 What brought Jimmy Choo and Coco Rocha together this week? They teamed up for a shopping benefit to support DKMS, a nonprofit that spreads awareness and raises profits to fight blood cancer, at Jimmy Choo’s store on Madison Avenue. We caught up with Rocha about her ambassadorship for the charity, why she got involved, and naturally, shoes.

So Coco, how did you come to be an ambassador for DKMS?
I met Katharina [Harf, daughter of Jimmy Choo’s Peter Harf] on a shoot four years ago, which was about different women in different fields and how they’re giving back. I had the chance to talk to her about her causes, and DKMS is her foremost focus. I thought, how inspirational is this woman? This is what she does every day. We stayed in touch, and whenever she had an event, I would be there. But I wanted to be way more involved.

Why did the cause strike a chord with you?
It is the only cancer that there’s a cure for. Isn’t that crazy, that there is actually a cure for cancer? You just need a bone marrow donor. It’s frustrating that we can save a life, but we might not be aware of it. All you have to do is swab, write some information, and that is it. After having that talk with Katharina, we decided I’d be an ambassador. I’d come to events whenever I have the chance, talk about it, raise awareness, raise money, and get people swabbed.

Jimmy Choo is also teaming up to show support. Do you remember your first pair of Choos?
No, I don’t! It was that long ago [Laughs]. I’ve been modeling for 14 years, and it was during my modeling career. I did not have any Jimmy Choos when I was a girl in Canada, Irish dancing. I wouldn’t even know what Jimmy Choo was—I’d be like, a who?

Ha! How many pairs of shoes are in your closet?
Under 100—I actually destroy shoes. I love the shoes I’m wearing now, but I’ll probably destroy them in a few months, and then I’ll have to get rid of them. I hate that I’m that person!

And what about your daughter’s shoe closet?
It’s two shelves. They’re so little, so you can fit lots on the shelves. [Kids] go through them so fast, and you start to realize what’s really practical. What’s cute is not always practical for a child. We definitely have found that boundary.

Has she started playing dress-up in your closet yet?
She loves going into my shoe area and her shoe area—she doesn’t love clothes so much, but when she gets new clothes, she knows it. I’ll put it in the closet, and she’ll be like, ‘Nice, nice! Bring it out, let’s look at that!’ But she does love shoes, which is just odd. She’s a year and a half—why does she know what shoes are? But she does know when shoes go on her feet, she gets to go outside, so it could be that.

You recently got a major hair makeover! What’s your favorite part about being a blonde?
It’s hard—I’m going straight to what’s hard!—because if you have to shower, you have to blow-dry it. If you don’t blow-dry it, it’s going to be like a Bichon Frise. On the other hand, there’s lots you can do. I literally walk around with this Balmain spray conditioner and spray that in wherever I go. It gives that wet look. There’s a lot of looks I can do, and maybe that’s just because I was tired of being a brunette and having long hair. New is always exciting to me.

And what’s new at your modeling agency, Nomad?
We have a great team, and now that we’ve found new models, we have to expand with new agents, which is not a bad thing at all. We want to make sure that girls have enough focus on them. Finding new models is so much fun—[my husband] James [Conran] and I do that on a daily basis. I was in IKEA and I saw this girl and I had no card, nothing. I said, ‘This might be awkward…I am scouting you.’ This poor girl was like, ‘What is a scout, what are you talking about, who are you?’ I said, ‘Maybe Google me? Just to see that this isn’t as weird as it seems?’

Is it strange for you to be on the other side of the industry?
Now that we’ve scouted a few times, it’s fine. I have the creepy story of when someone came up to [scout] me, but I don’t want to be that creepy person! But now I have my official “You’ve been scouted” card with my name, and it’s all good. Now that we can find girls, and establish them, whether it’s a career you and I know about or even if she’s in catalogs—the fact that we can all do that together is pretty exciting. And they’ll remember me as one of their main mentors and one of those first people who helped them out.