Chicsters Get Inside Walter Mitty's Mind 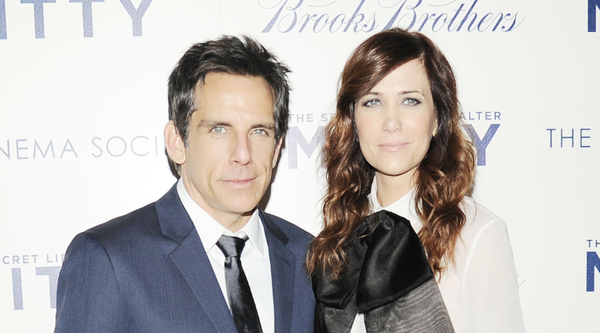 “I want to thank Brooks Brothers for sponsoring this; I’m wearing Calvin Klein,” said Stiller, to the amusement and giggles of the crowd. “It’s just because I don’t have a Brooks Brothers suit!” Stiller said in explanation. As for the crowd, Stiller summed it up as friends and family plus “very stylish, hipster-type people, too.” He gave props to his castmates in the audience from the “not really a straight-ahead ‘studio movie'” and, yes, cajoled them into standing up for some applause. “My favorite thing is to be called out and told to stand up before watching a movie,” Stiller joked.

After the movie is the after party, of course, which went down a dozen-ish blocks downtown at rooftop boîte The Skylark. The libations bore thematic names, as any Cinema Society shindig ought to. This time around, the Qui Tequila creations were dubbed the Walter Mitty (obviously) and the Icelandic Elixir. The crowd wound through the multilevel space, drinking up splendid views along with those cocktails, as June Ambrose, resplendent in a fully fur-trimmed getup, hammed it up for the photogs on the lounge’s couches with Caroline Rhea. Adorable alert!
ALEXANDRA ILYASHOV