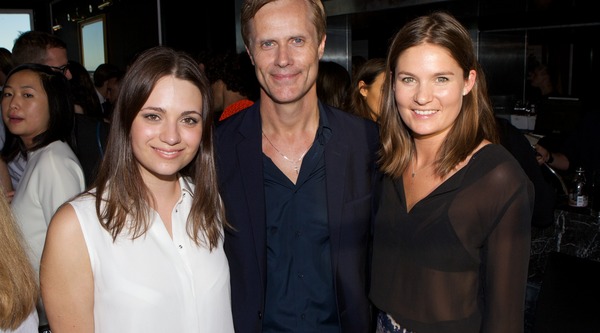 Two talented Sheilas from Down Under got an early pressie from Santa this season…Talisa Trantino and Amie Jones were named the 2013/2014 Australian Fashion Foundation winners in Sydney this week. The Melbourne-based womenswear duo got awarded $20,000 and a six-month internship in the U.S. or Europe as the winners of the AUSFF internship grant. “Talisa and Amie both demonstrated a 360-degree view of the industry and a multi dimensional approach to fashion,” AUSFF co-founder Malcolm Carfrae explains. “Their submissions showed variety, innovation and both were excellent self marketers.” The runner-up was Hannah Canham. The winners were announced at a cocktail party at the Royal Hotel in Paddington, Sydney in partnership with The Woolmark Company. See you in the Big Apple, girls!

Chicsters Get Inside Walter Mitty's Mind

For the Love of God, Stop Asking...