Chic Exhibition Alert! The Power Of Style: Verdura At 75 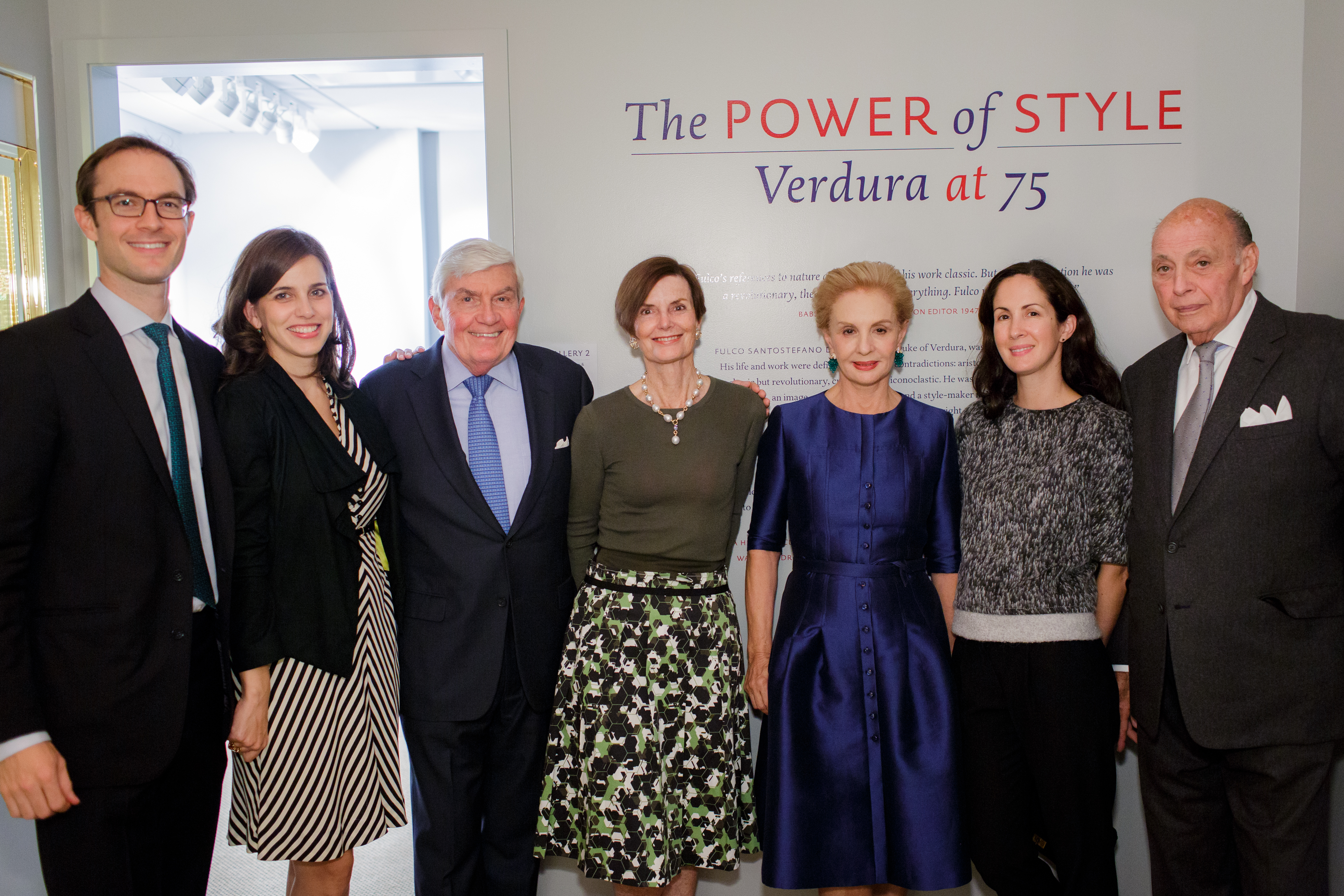 Luxury jeweler Verdura marked its 75th anniversary on September 1st of the Duke Fulco di Verdura’s grand opening on Fifth Avenue. To celebrate the birthday, Verdura enlisted Carolina Herrera along with her husband Reinaldo Herrera and daughter Patricia Herrera Lansing to curate an exhibition of its chicest baubles. The Herrera’s new Verdura personally and the family owns several pieces. The family curated over 300 of Verdura’s original jewels and objets d’art for the exhibition entitled The Power of Style: Verdura at 75. Many of the jeweled pieces are on loan from Verdura clients like Sofia Coppola, Sarah Jessica Parker, Brooke Shields, and Whoopi Goldberg. And those are just the clients they could mention. We hear some clients are so attached to their pieces, they’ve been asking to borrow them back just to wear for a night out while the exhibition is closed.

The centerpiece of the exhibition is The Whitney Tiara, made of gold feathers, platinum, and diamonds, that was created in 1957 for Betsey Whitney, wife of John Hay Whitney, ambassador to Great Britain’s Court of St. James at the time. A member of American aristocracy had to have something regal to wear around the royalty, right darlings? The tiara happens to be one of Carolina Herrera’s favorite pieces, but if she were to wear any other piece in the collection it would have to be the blue diamond ring. “I don’t wear rings ever in my life, but I would wear the blue diamond,” Herrera told The Daily. But one wouldn’t wear the ring without hiring an entourage of security guards. The rare ring is valued at around $36 million, and yes, it does belong to a client who shall remain nameless. And while Lansing also adores that tiara, her own favorite Verdura piece is the jeweler’s classic curb-link “Garbo” bracelet watch, which was originally created for silver screen siren Greta Garbo in 1939. “My dad gave my sisters and I the watch when our babies were born, and my husband gave me the bracelet to complete it. I love it. I wear it all the time!”

Other highlights include Coco Chanel’s “Maltese Cross” cuffs circa 1930, Joan Fontaine’s “Winged” brooch worn in Alfred Hitchcock’s Suspicion, and surrealist masterpieces from Verdura’s collaboration with Salvador Dali. The latter is on display for the first time since their debut at the Julien Levy Gallery in Manhattan in 1941. The exhibition, which took a year to curate, will be on display from October 14th through December 23rd at 745 Fifth Avenue, adjacent to the Verdura Gallery.

Neiman Marcus Has Your Ticket To Vanity Fair’s Oscar Party