Chanel’s Next Cruise Collection Will Be Shown In Dubai 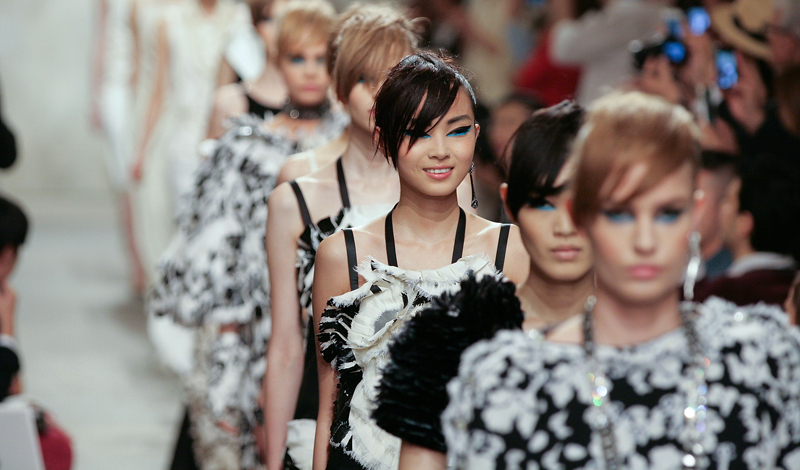 (NEW YORK) Chanel is taking quite a trip for its next showing: Karl Lagerfeld‘s latest Cruise collection will be trotted out in Dubai on May 13. The show will be staged on an island off the city’s coast, dubbed The Island, and the space will be an indoor/outdoor hybrid. Lagerfeld’s impressively hodgepodge of locales for past catwalks have included a Cruise 2014 showing in Singapore last May. In 2012, Lagerfeld took to Versailles to show Cruise 2013. The year before, Lagerfeld booked the entire, ultra-luxe Hotel du Cap in Antibes, on the French Riviera. In 2010, Saint-Tropez was the designer’s South of France destination of choice to turn out his Cruise 2011 resort wares. Back in 2009, Chanel headed to Shanghai, where the designer turned out his Métiers d’Art Pre-Fall show on a barge set on the Huangpu River in 2009. A bit closer to the brand’s Parisian home turf, Chanel’s Fall 2013 Couture show took place at Paris’ Grand Palais, completely transformed for the occasion thanks to a mural of a sci-fi chic futuristic cityscape. For Pre-Fall 2014 (doubling as the Métiers d’Art showing), Lagerfeld added some Texas twang to the Chanel formula by moving the show to Dallas. Where will Karl head for his next catwalk spectacle?

Coach Pairs Up With The Tribeca Film Festival