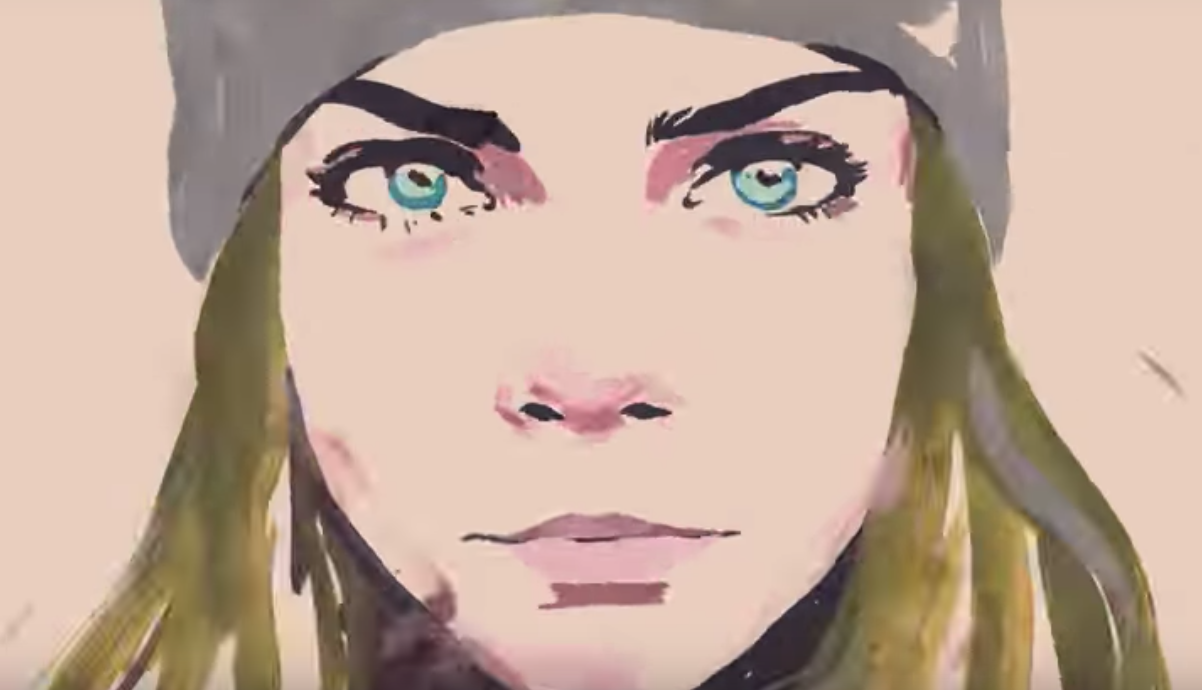 Chanel is celebrating its founder this year with the launch of the new Gabrielle Chanel bag. For the campaign, Karl Lagerfeld brought together his favorite cast of characters for a quartet of short films: Cara Delevingne, Pharrell, Kristen Stewart, and Caroline de Maigret.

Stewart was captured by Australian director Daniel Askill as she encounters the spirit of Gabrielle. Pharrell is seen through the lens of director Antoine Carlier playing around in an empty concert hall. De Maigret captures the essence of a Parisian woman in a Haussmannian apartment in a black and white film by Olivier Assayas. And fittingly, Delevingne was animated into an urban pop cartoon by Japanese director Shishi Yamazaki via a technique called rotoscoping, which allows animators to trace over motion picture footage, frame by frame, when realistic action is required. We’re looking forward to seeing the model turned actress turned author, Delevingne, in action.

Take a sneak peek at the teasers below and check out the trailers on social media (@chanelofficial) when they launch tomorrow. The full films debut April 3.