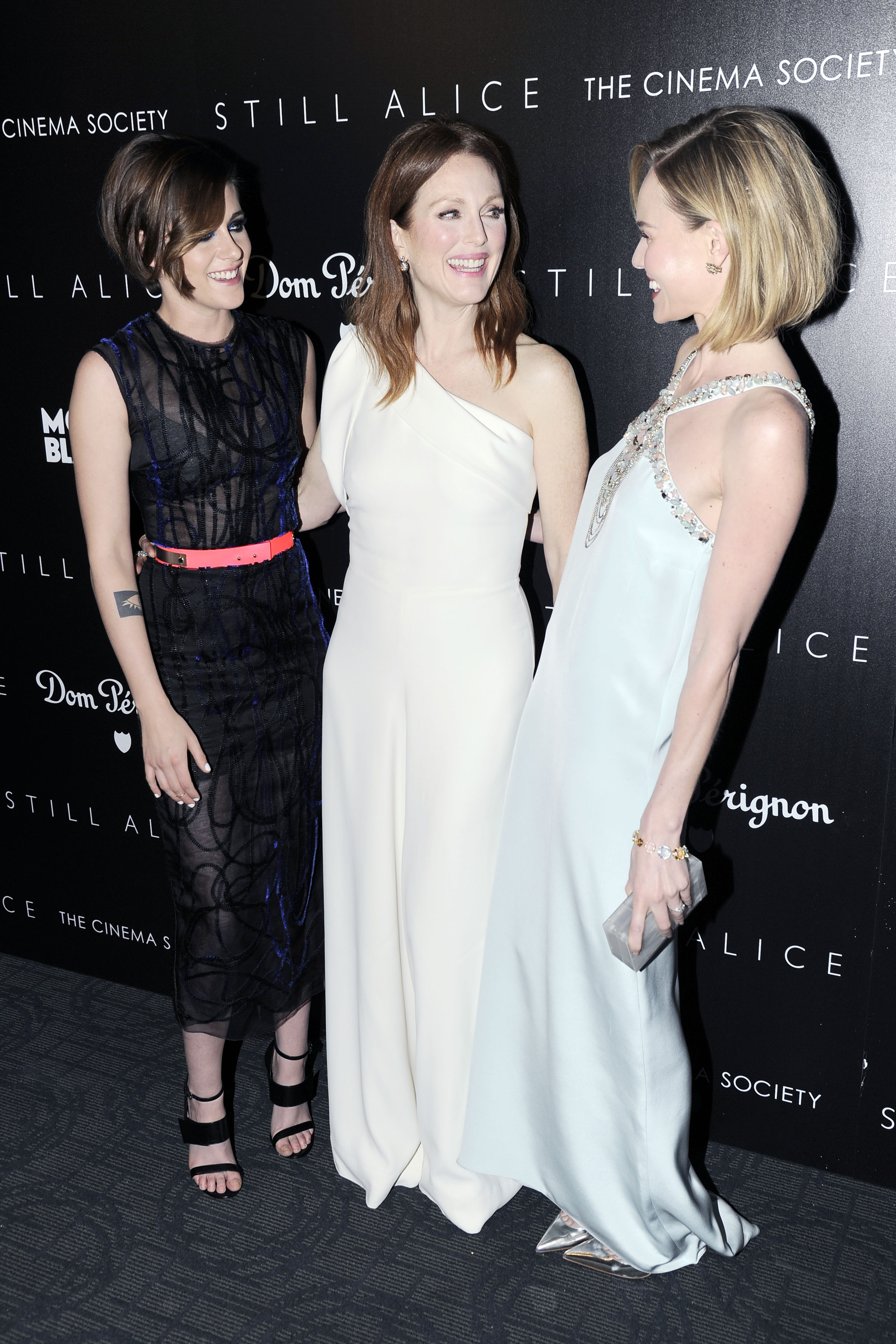 Tissues mandatory: Last eve, The Cinema Society hosted a screening with Montblanc and Dom Pérignon of Still Alice at Landmark Sunshine Cinema, and the brilliant flick brought out the chicsters as well as the tears. The film’s tremendous lead, Julianne Moore, who plays an accomplished Columbia University linguistics professor’s experience with early-onset Alzheimer’s, filled us in on what she did after that Best Actress win at the Golden Globes on Sunday.
“After the afterparty?!  I went to bed!” As for that sublime Riccardo Tisci-designed Givenchy frock? “I love, love that dress, man. You can’t go wrong with sequins and feathers.”

“When she’s on set, she’s a joy, she’s light, and she has so much fun, even with subject matter as heavy as this…She’s the utmost professional,” Bosworth gushed to The Daily of working with Moore.

The superb film was based on the novel of the same name by Lisa Genova. “I totally left my body!” Genova recounted about her reaction to Moore’s Golden Globes win. “So much gratitude, disbelief, and amazement. I’m so proud of her.”

According to director Wash Westmoreland, Still Alice was a bit of a whirlwind to craft–with a decidedly happy outcome. “When you’re a filmmaker, you live in a sort of fantasy world. There so many harsh things out there: you never get to make a movie of the script you’re working on, when you make it, no one might pick it up for distribution, there are so many unknowns,” said Westmoreland. “So to have a movie made in a year feels great. The past three months especially have been a validation of every filmmaker dream you could ever have.” As for how Westmoreland will treat himself now that Still Alice is out (and racking up great acclaim)? “By making another movie! I’m an addict,” Westmoreland said with a laugh.

Post-screening, the ladies room was packed with chicettes touching up their faces to quell the film’s teary effects before heading down to Tribeca resto White Street for a cheerier afterparty scene. Definitely catch the beautifully moving Still Alice in theaters this Friday; just consider yourself forewarned on the weepiness quotient…