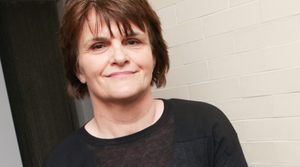 (NEW YORK) The Grey Lady is losing a key fashion figure: Cathy Horyn has submitted her resignation as the New York Times’ chief fashion critic. Horyn’s abrupt departure, less than a week before New York Fashion Week, is apparently to spend more with her ailing partner, Art Ortenberg. In a statement from the Times, Horyn also mentioned a desire to spend more time traveling. Horyn spent 15 years at The Times, starting off as a fashion reporter. She began her fashion journalism career in 1986, as a fashion writer at The Detroit News. Four years later, she got a gig at The Washington Post, also covering the fashion beat. Aside from The New York Times, Horyn has penned articles for Vanity Fair, Harper’s Bazaar, Vogue and The International Herald Tribune. However, this is not the last we’ll be seeing of Horyn’s frank take on the fashion set: She’s continuing on with plans to pen a book, to be released by Rizzoli, on The Times’  fashion coverage from the mid-19th century to present day.

A statement released by Times executive editor Jill Abramson, and Styles editor Stuart Emmrich, professed gratitude for Horyn’s work at the paper. Their remarks mention the 1,123 pieces Horyn has penned during her Times tenure, and an excerpt from her first-ever article at the paper. The Times published the entire letter to the public. While a direct successor has yet to be named, The Times has bulked up their Styles section in the past few months, after losing Eric Wilson to InStyle in November. They recently added John Koblin, a sports reporter from Deadspin and Matthew Schneier, a Style.com alum, to the Times’ Styles section.