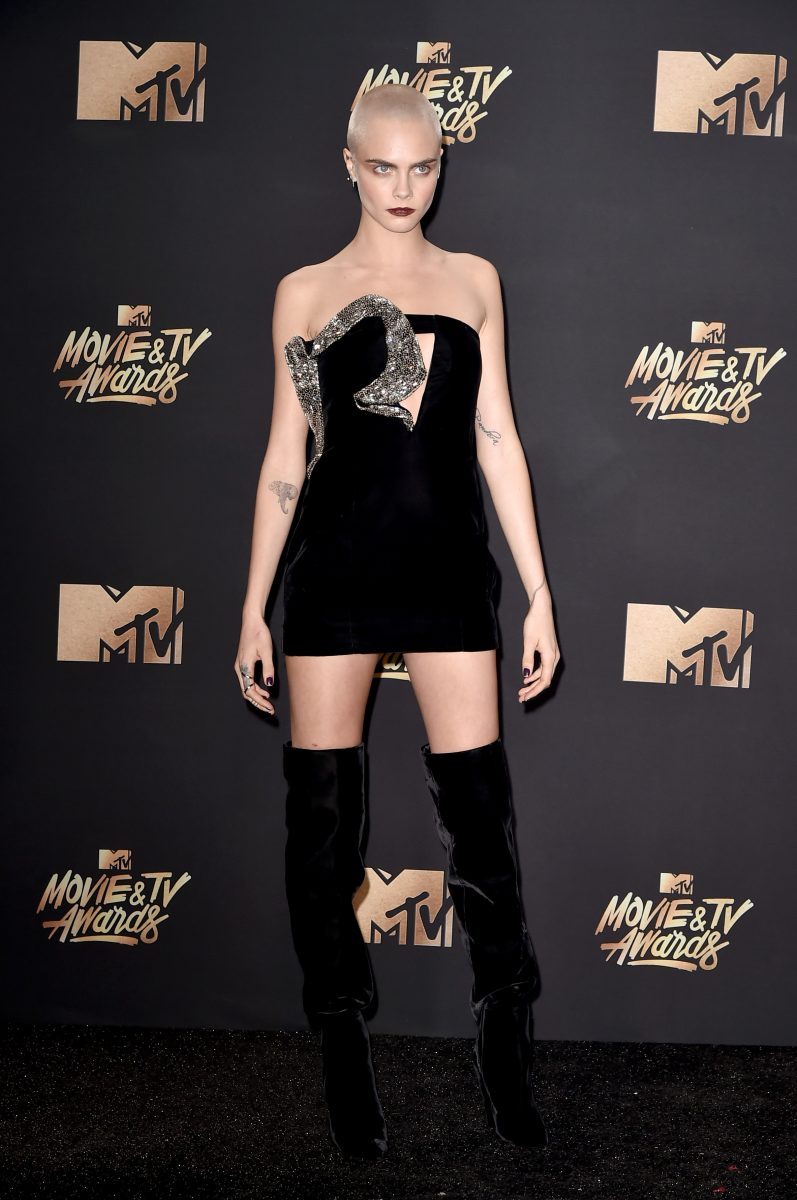 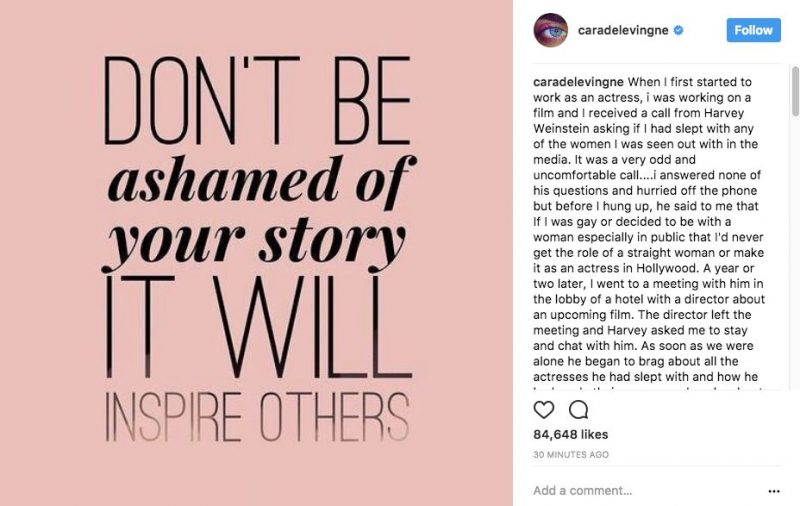 Today, Cara Delevingne revealed her own stunning encounter with fallen Hollywood producer Harvey Weinstein. The former model and actress revealed to her 40.6 million Instagram followers that when she first dipped her toes into Hollywood, Weinstein invited her to his hotel room and a familiar story unfolded. Her full statement is below:

“When I first started to work as an actress, i was working on a film and I received a call from‎ Harvey Weinstein asking if I had slept with any of the women I was seen out with in the media. It was a very odd and uncomfortable call….i answered none of his questions and hurried off the phone but before I hung up, he said to me that If I was gay or decided to be with a woman especially in public that I’d never get the role of a straight woman or make it as an actress in Hollywood. A year or two later, I went to a meeting with him in the lobby of a hotel with a director about an upcoming film. The director left the meeting and Harvey asked me to stay and chat with him. As soon as we were alone he began to brag about all the actresses he had slept with and how he had made their careers and spoke about other inappropriate things of a sexual nature. He then invited me to his room. I quickly declined and asked his assistant if my car was outside. She said it wasn’t and wouldn’t be for a bit and I should go to his room. At that moment I felt very powerless and scared but didn’t want to act that way hoping that I was wrong about the situation. When I arrived I was relieved to find another woman in his room and thought immediately I was safe. He asked us to kiss and she began some sort of advances upon his direction. I swiftly got up and asked him if he knew that I could sing. And I began to sing….i thought it would make the situation better….more professional….like an audition….i was so nervous. After singing I said again that I had to leave. He walked me to the door and stood in front of it and tried to kiss me on the lips. I stopped him and managed to get out of the room. I still got the part for the film and always thought that he gave it to me because of what happened. Since then I felt awful that I did the movie. I felt like I didn’t deserve the part. I was so hesitant about speaking out….I didn’t want to hurt his family. I felt guilty as if I did something wrong. I was also terrified that this sort of thing had happened to so many women I know but no one had said anything because of fear.”

i love what you have completed here. keep up the great writing!