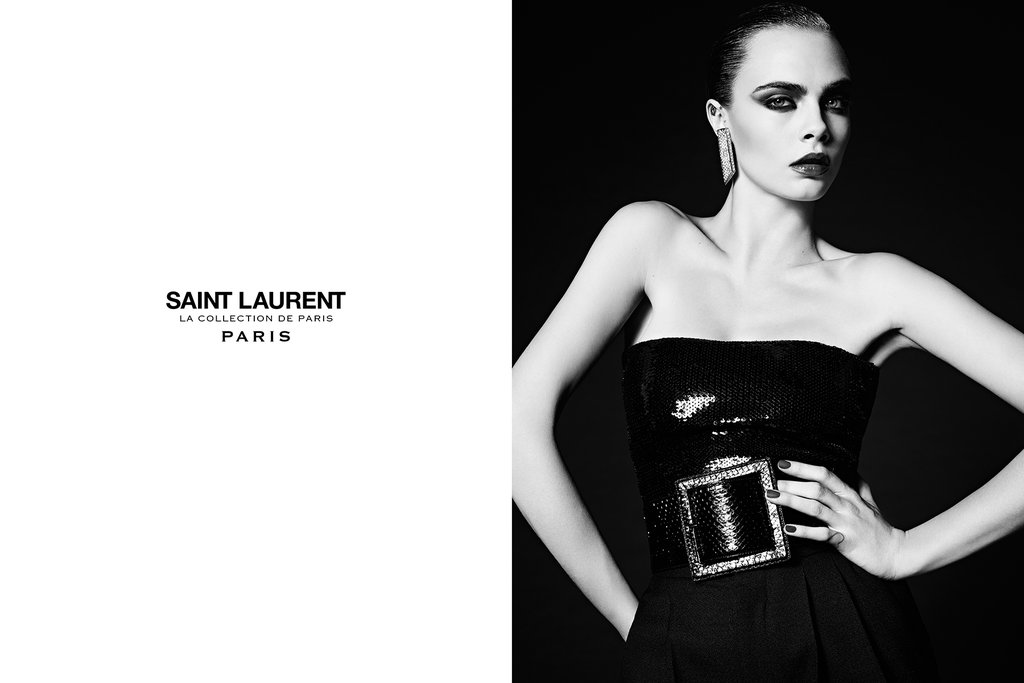 We’re not sure how Cara Delevingne defines “taking a break,” but we’re fairly certain it’s not a weekend in Miami. She broke her fake-out hiatus from modeling with Karl Lagerfeld, recently starring in Chanel’s spring eyewear campaign. Now Delevingne fronts Saint Laurent’s La Collection De Paris campaign, and like Jane Birkin, she’s wearing the Le Smoking tux in one of the shots. Safe to say the mod is still on fire, non?

The campaign, which was shot in New York by Hedi Slimane two weeks ago, showcases the 42 looks the designer unveiled in Paris at the house’s presentation in its new couture building. Delevingne and Slimane hit it off in 2013 when she starred in the campaign for Saint Laurent’s Grunge collection, and since then, the two have frequently worked together.