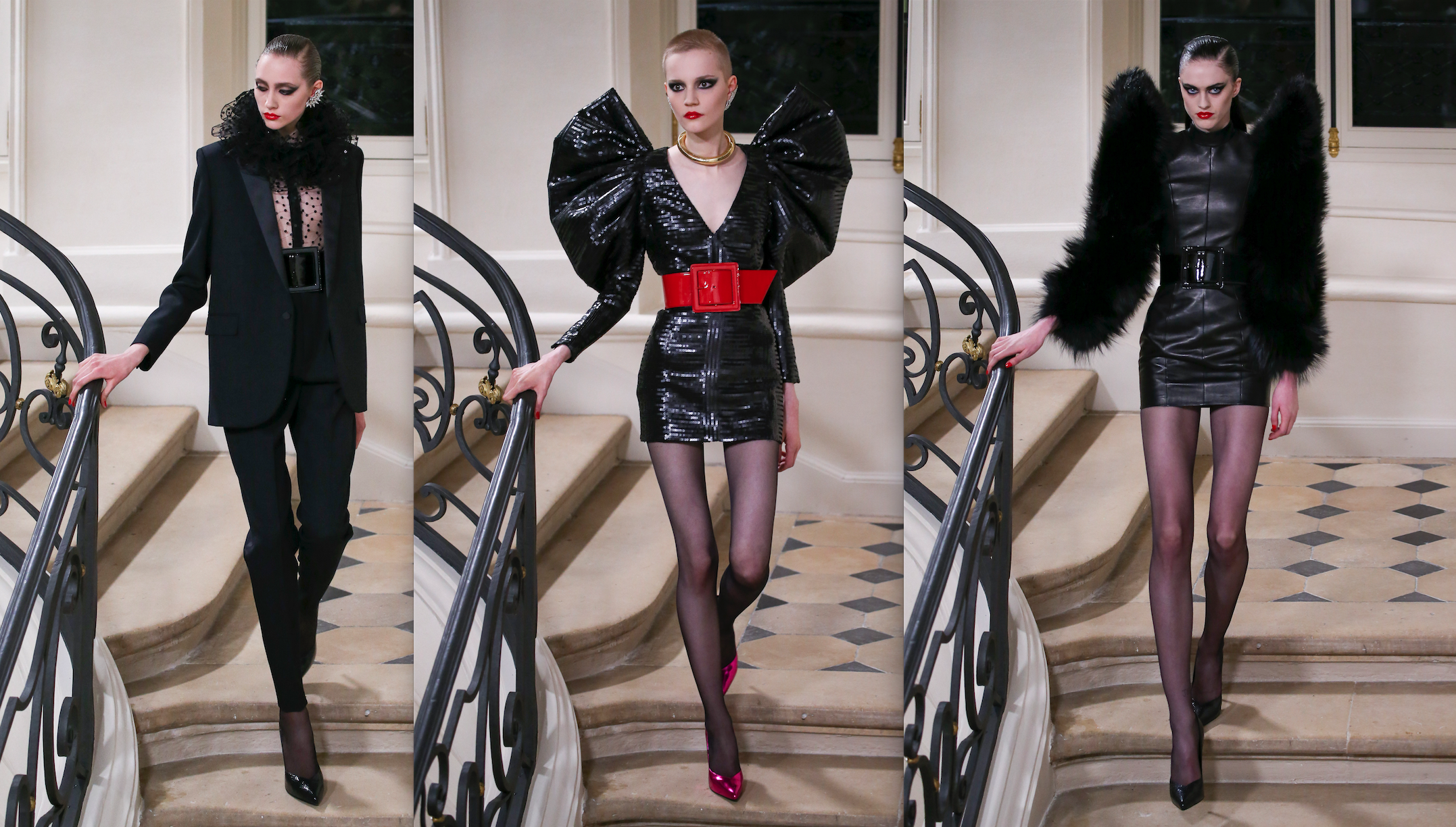 Infusing some key pieces of the Yves Saint Laurent archive with just enough of his rock ‘n’ roll aesthetic proved to be a winning formula for Hedi Slimane. While he might have preferred to stick to his own roots since taking over the helm and reinventing YSL as Saint Laurent, embracing a bit of the brand’s history made for a knockout (last) collection. Models in fantastically short mini dresses with giant bat wing sleeves, sheer hose, and makeup that would have done Robert Palmer’s ’80s one-hit wonders proud paraded through the various salons of the new couture maison, at 24, rue de l’université. (Slimane apparently selected L’Hôtel Sénecterre as the new home to Saint Laurent couture back in January 2013, and the 17th century mansion was restored over the course of a year and a half.) Bénédicte de Ginestous called out the look numbers, as she did for Yves Saint Laurent himself between 1977 and 2002. Even if, like de Ginestous, you already lived through the era, these looks were simply irresistible.