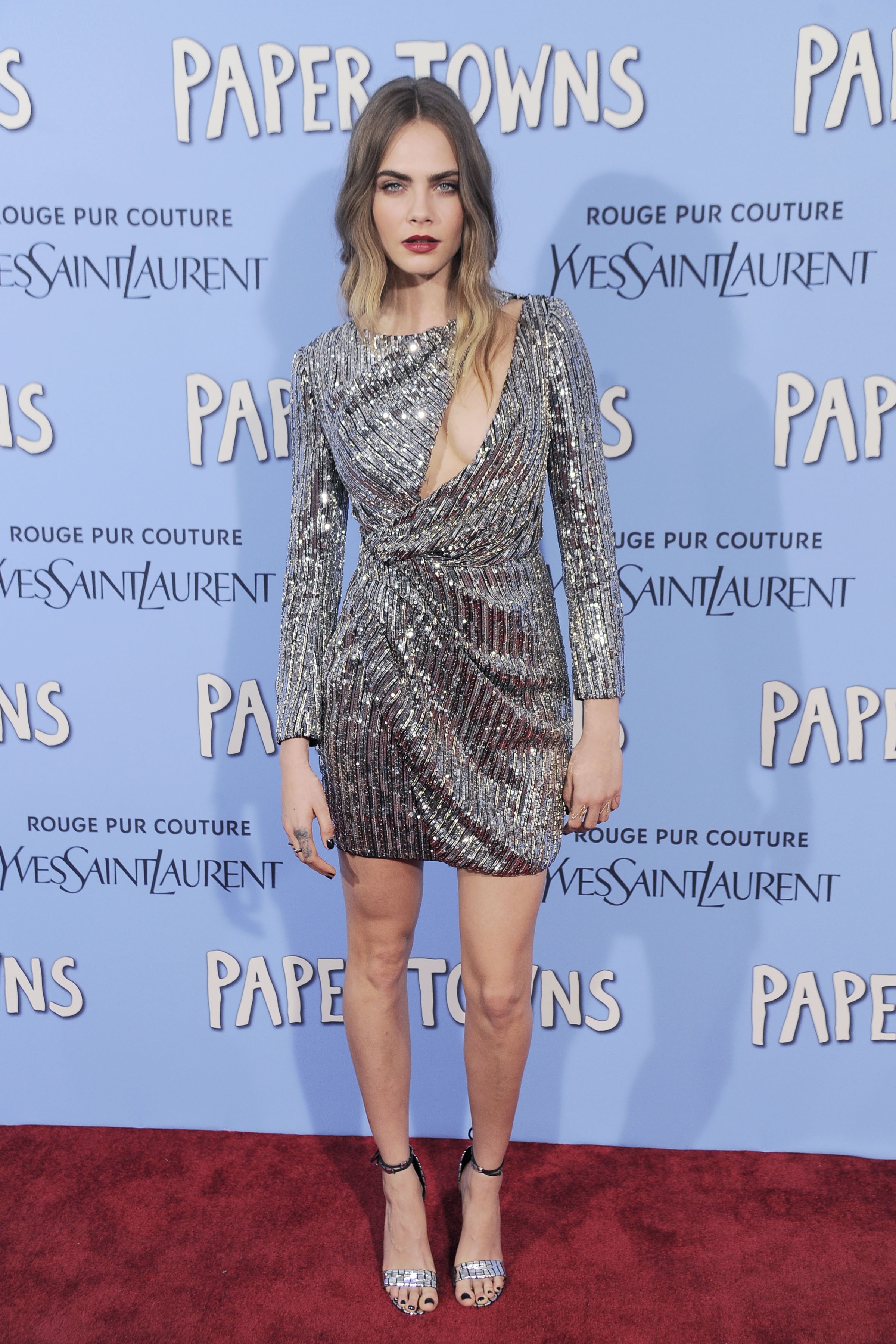 Last eve, Twentieth Century Fox and YSL Rouge Pur Couture along with Cinema Society hosted the New York premiere of the latest summer blockbuster, Paper Towns. Because Cara Delevigne makes her debut as a leading lady in the film, which hits theaters on July 24, it’s no surprise that her posse of model pals came out to support her. The leggy group included sister Poppy Delevigne, Karlie Kloss (and her sis Kimberly), Lily Donaldson, and Joan Smalls. Plus, Cara’s girlfriend St. Vincent also showed face, despite recent rumors that they broke up. Post-premiere, the chic set celebrated over a night on the town at the film’s after party at STK Midtown.

In case you need a refresher, the film is another John Green novel-turned-picture (Green also wrote last year’s adaptation of The Fault In Our Stars). Paper Towns follows a young man on his obsessive mission to find the girl who stole his heart (a.k.a. the most popular girl in high school, played by Cara) after she recruited him to help her play pranks on the friends who betrayed her. Juicy!