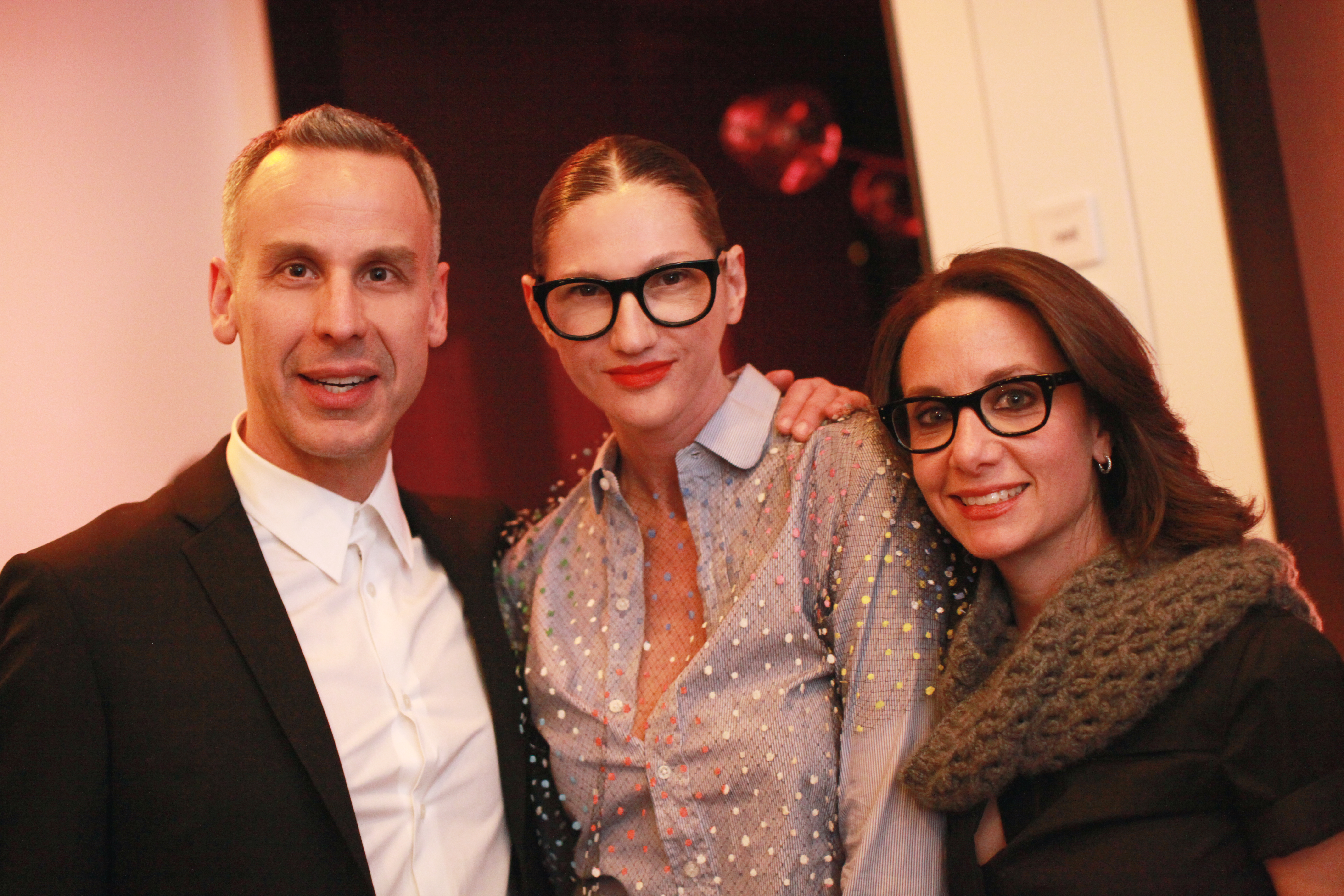 The Daily caught up with Salzer and fiance Marlon Taylor-Wiles over some carciofi ravioli from Bar Primi. As for the couple’s at-home dining habits? “I cook, he cleans. It’s a great deal. I’ll take it any day of the week!” Salzer explained. “I make lots of soups, like veggie chili and corn chowder, and crab cakes. Marlon and I are recent veg-heads. We’re vegetarians of five months! We still eat fish, though. It happened after we read the [Jonathan Safran Foer] book, Eating Animals. Watch out, carnivores.” For the meat eaters in the crowd, however, Carmellini’s gorgeous porchetta, plated with broccoli rabe and beans, was pretty much unmissable. Next on Salzer and Taylor-Wiles’ cooking list is actually from BA‘s pages: “There’s a recipe for crispy Thai shrimp I saw in Bon Appétit, and I literally tore it out of the magazine! It has Fresno chilis, cilantro, coconut milk…it looks insane,” said Salzer.

“I love that I can come down here every morning and make myself really good scrambled eggs at 8:45 a.m., but unlike 4 Times Square, where the BA Kitchen was a windowless space, I can check out the beautiful views. It’s a great way to start the day!” said Bon Appétit EIC Adam Rapoport of the new space. The trick to making eggs a la Rapoport: “Medium-low heat, butter melted in the pan, crack the eggs directly into the pan, add salt and pepper, and slowly massage them with a rubber spatula until they just start to come together. Really soft, really tender, the yellows [yolks] stay yellow, and the whites stay white. Everyone always overcooks their scrambled eggs!” Yeah, we’re definitely trying that technique tomorrow morning…

All photos by Melissa Hom