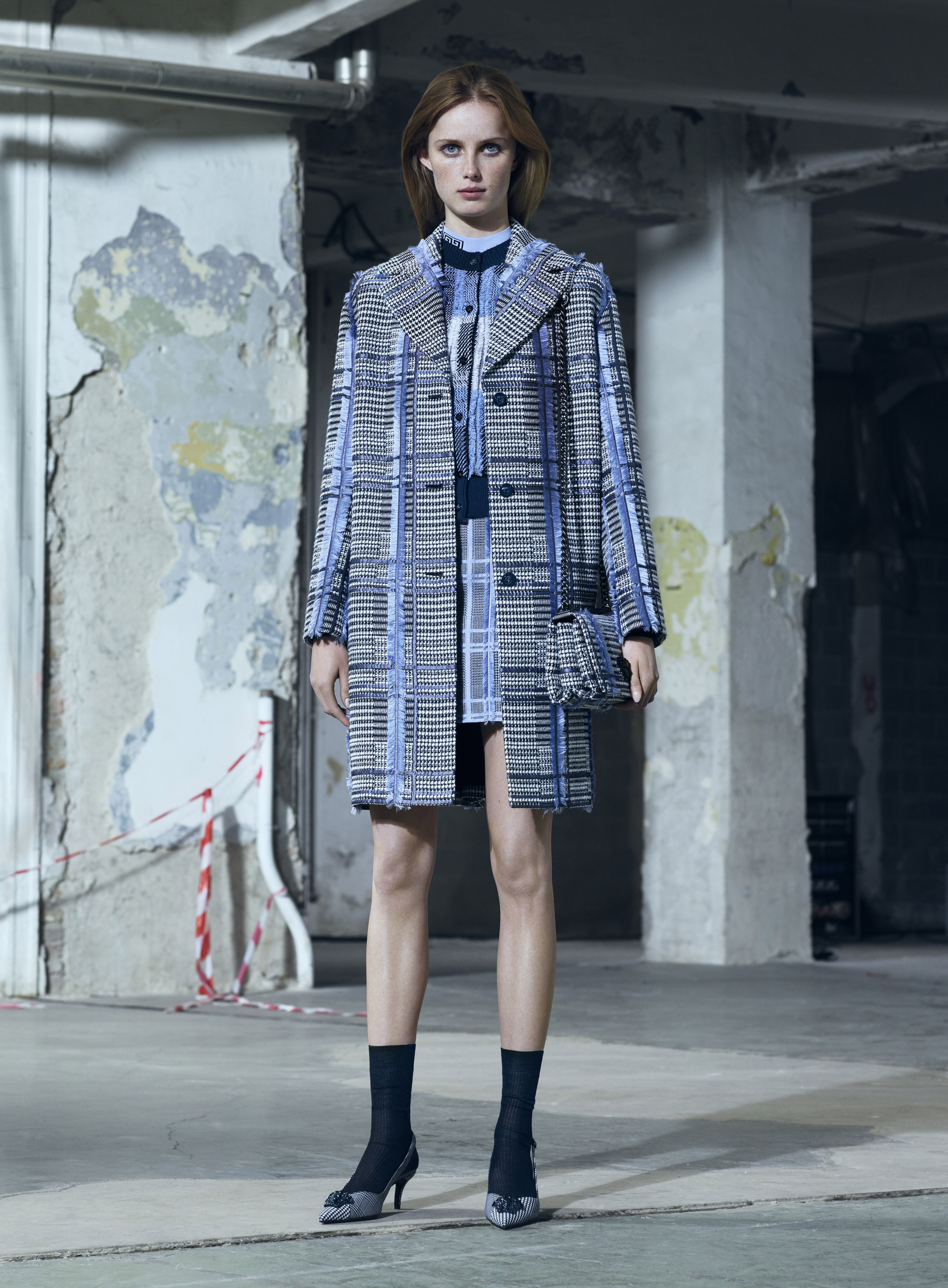 Label: Versace
Inspiration: Power women. “I love how the lives of Versace women are so rich and varied. I wanted this collection to give her everything she needs to always be her best.” —Donatella Versace
Highlights: Specially developed fabrics like a blue fil coupé check running through a coat, oversized drop shoulders, colored grommets and rivets, a new backpack, lush fur outerwear, and of course, a sexy strapless mini dress for a night out on the town.

Label: Paco Rabanne
Inspiration: A mix of sporty, utilitarian, and ’90s influences.
Highlights: A superb snow white overcoat with cream shearling, Mongolian fur trims, and “cashwool” sweaters. Creative director Julien Dossena continues to create plenty of appeal to the label; he was brought on to revive the house in August 2013 and has been putting the ’60s-era label back on the fashion map ever since.

Label: Antonio Marras
Inspiration: Wendy Torrance from Stanley Kubrick’s film adaptation of Stephen King’s The Shining. If that’s a bit hard to envision (the eyelashes and exaggerated boiler hats suggest Kubrick’s A Clockwork Orange, instead), that’s because Marras had an ending in mind that neither Kubrick or King intended. What if Wendy had been able to access the mysterious room 237? What if it had been filled with wonderfully eccentric yet cosmopolitan clothing to replace her drab sweaters and overalls? That was the wildly creative inspiration Marras served up this season.
Highlights: Exaggerated boiler and fedora hats (the never-ending influence of Pharrell), a tiered peplum sheer organza dress worn with cowboy boots, fringed outerwear, and a covetable plaid vest suit.

Kaitlynn Carter on Foray Collective and Dating a Jenner