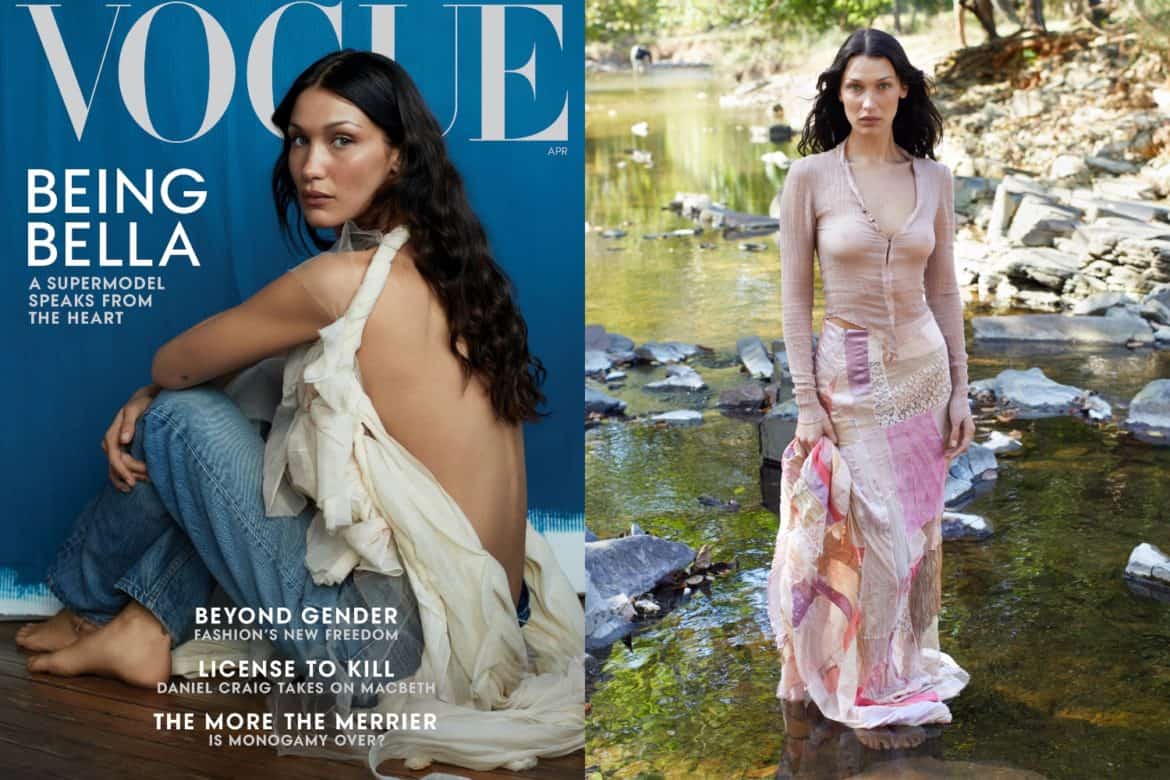 Say hello to Vogue’s April cover star: miss Bella Hadid. The world-famous supermodel graces the mag in a vulnerable portrait captured by Ethan James Green and styled by Gabriella Karefa-Johnson. Inside, the 25-year-old divulges all to writer Rob Haskell, setting the record straight on the many rumors and myths that surround her personal and professional life. From fillers to life-saving anti-depressants, the runway regular opened up like never before.

Discussing her countless health conditions which she has battled since she was a teen, Hadid summarizes things by saying, “To have to wake up every morning with this brain—it’s not cute.” The California-raised star began to experience physical and psychiatric symptoms while still in high school, such as brain fog, anxiety, exhaustion, poor focus, headaches, bone pain, and crying spells. Many of her health conditions stem from Lyme disease, and for most of her life Hadid has been trialing holistic methods, ultraviolet-light irradiation of her blood, ozone therapy, hyperbaric oxygen therapy, and more to address the issues. The battle has taken a significant toll on her mental health too, with the runway regular famously posting images of her tear-streaked face to show what was going on behind the scenes.

She recalls, “For three years while I was working, I would wake up every morning hysterical, in tears, alone. I wouldn’t show anybody that. I would go to work, cry at lunch in my little greenroom, finish my day, go to whatever random little hotel I was in for the night, cry again, wake up in the morning, and do the same thing.” 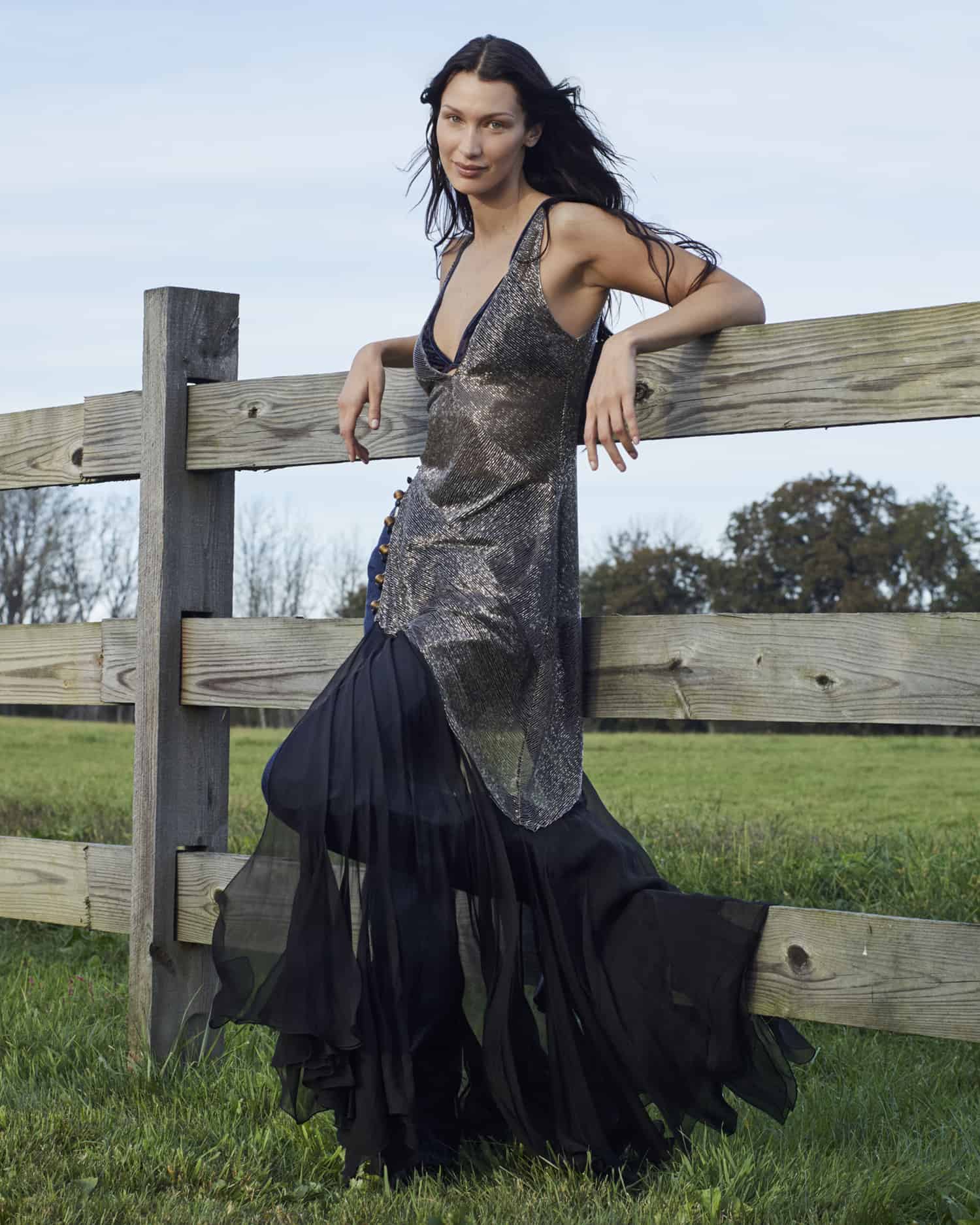 Hadid also opens up about the effects of being compared to her older sister Gigi all her life. “I was the uglier sister. I was the brunette. I wasn’t as cool as Gigi, not as outgoing. That’s really what people said about me. And unfortunately when you get told things so many times, you do just believe it. I always ask myself, how did a girl with incredible insecurities, anxiety, depression, body-image issues, eating issues, who hates to be touched, who has intense social anxiety—what was I doing getting into this business? But over the years I became a good actress. I put on a very smiley face, or a very strong face. I always felt like I had something to prove. People can say anything about how I look, about how I talk, about how I act. But in seven years I never missed a job, canceled a job, was late to a job. No one can ever say that I don’t work my ass off.” 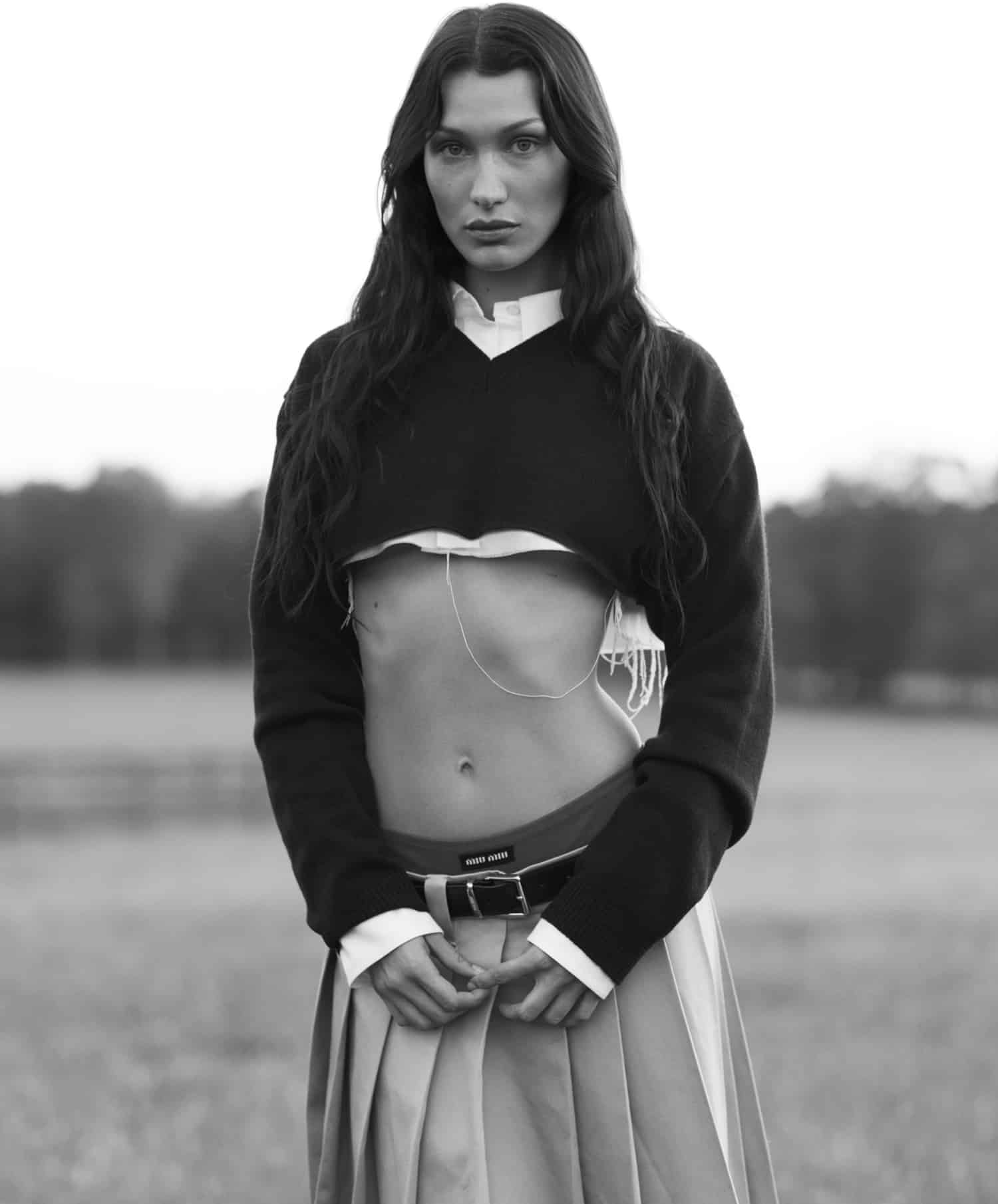 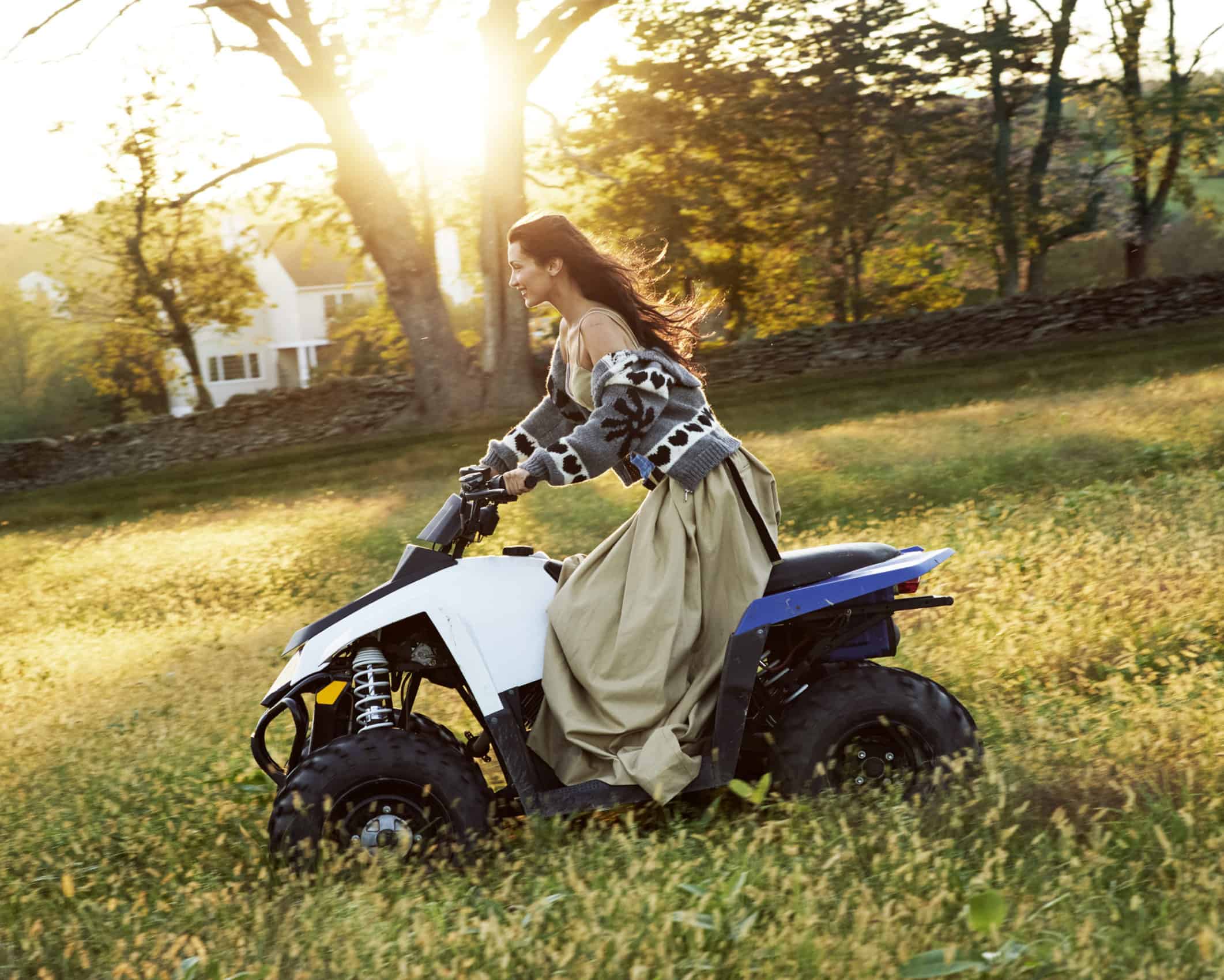 Having battled with anorexia and obsessive eating patterns as an adolescent, Hadid spoke candidly about how she regretted getting a nose job at age 14. “I wish I had kept the nose of my ancestors. I think I would have grown into it.” She continues to lay down the line about the constant conversation about whether she’s had filler and other cosmetic work done. “People think I fully fucked with my face because of one picture of me as a teenager looking puffy. I’m pretty sure you don’t look the same now as you did at 13, right? I have never used filler. Let’s just put an end to that. I have no issue with it, but it’s not for me. Whoever thinks I’ve gotten my eyes lifted or whatever it’s called—it’s face tape! The oldest trick in the book. I’ve had this impostor syndrome where people made me feel like I didn’t deserve any of this. People always have something to say, but what I have to say is, I’ve always been misunderstood in my industry and by the people around me.”

Now dividing her time between her downtown New York apartment and her family farm in Pennsylvania, Hadid has learned to prioritize work/life balance after several scary warning calls, including one that forced her to spend a few weeks in a facility recovering from burnout, exhaustion, and near suicidal despair. She has seen success since integrating Wellbutrin into her routine and taking part in regular talk therapy sessions, which she calls “a gift.”

Another thing that’s thriving is her low-key relationship with art director boyfriend Marc Kalman; something she’s worked hard to keep from the public eye over the last two years. (“I think that’s why things have been able to last. When you give other people room to have opinions on things that are so personal to you, it poisons it.”)