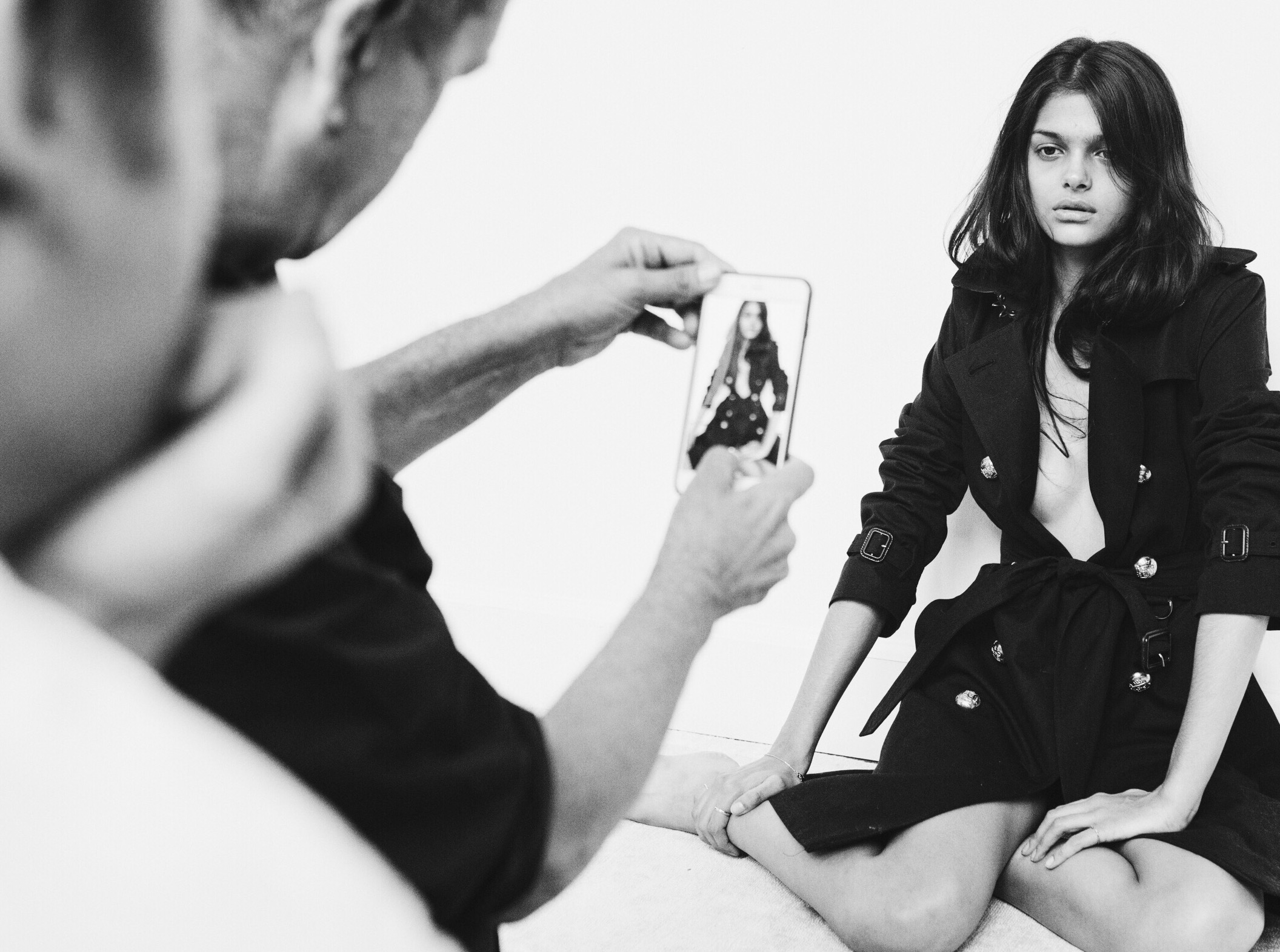 Processed with VSCOcam with b1 preset

Today Burberry debuted its Spring/Summer 2016 ad campaign on Snapchat, giving followers a peek behind-the-scenes of the live shoot with Mario Testino, which took place in London. The casting for the campaign is edgy and youthful and stars newcomers to the “Burberry Family,” such as Hayett Belarbi McCarthy, Misha Hart, Ruth Bell, May Bell, Eliza Fairbanks, Liam Gardner, and Louie Johnson. The campaign features key looks from Burberry’s Functionregalia collection, and the images are sexy and moody with languid models in revealing trench coats or completely topless save for one of Burberry’s classic scarves (there are a few pantless shots, too).

“We wanted to play with the traditional format of an advertising campaign to make it much more immediate and accessible just as we did with our runway show last month,” said Burberry CEO and creative director Christopher Bailey. “Creatively this is incredibly exciting as we are totally focused on capturing the energy and the rawness of the shoot and sharing it the moment it happens.” Burberry has also been innovative in targeting a more youthful audience through other marketing mediums, like launching its own dedicated channel on Apple Music and launching in-platform purchasing and live streaming on LINE Japan and Kakao Korea.

The full advertising campaign will debut on January 6, 2016 on traditional formats like print and outdoor advertising, and across a multitude of social media platforms including Facebook, YouTube, Twitter, Google+, LinkedIn, Instagram, Pinterest, Sina Weibo, Youku, WeChat, LINE, and Kakao. In the meantime, be sure to check out the behind-the-scenes footage on Snapchat which will only be available for 24 hours. Plus! Mario Testino will also be posting exclusive behind-the-scenes shots from his own account. Not to be missed!

Processed with VSCOcam with b1 preset

Guest of Ms. Guest: La Perla Parties on the UES