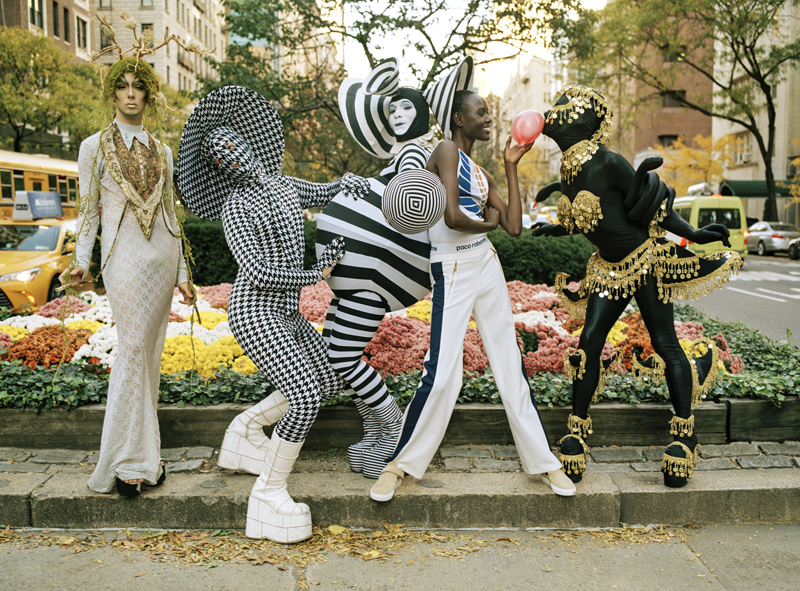 Barneys New York has debuted its Spring 2016 campaign, which features a slew of local New York City scenesters, celebs, legends, and club kids. The campaign, titled “My Town,” was shot by Bruce Weber and features everyone from Patti Smith, Cyndi Lauper, Lady Gaga, and Yoko Ono to four of the six Angulo brothers from the cult favorite documentary The Wolfpack, the New York Fire Department’s first female battalion chief, and club kids like Muffinhead, Ryan Burke, Hector Perez, and Sussi. But there are plenty more.

The idea to was to illustrate the vibrancy of the city through its diverse ofcharacters. “My affair with New York City began when I first went to the film school at NYU. Our school was on top of the Fillmore East and it felt as though anything was possible with the the music I heard,” said Weber. “Life in the city was so freewheeling then. As I now took photographs and films of my beloved city, I could still feel its embrace and a tear ran down my cheek for a love once lost and again found.” The scenes were shot at iconic New York City locations like Katz’s delicatessen, The Carlyle Hotel, La Grenouille restaurant, and Central Park.

Model Ajak Deng is featured in Dries van Noten, Paco Rabbane, Azzedine Alaïa, R13, and Isabel Marant. Styled by Alex White with hair by Orlando Pita and makeup by Maria Seccia, the campaign will be featured at Barneys New York’s Madison location as well as its new Chelsea flagship when it opens, as well as other traditional advertising mediums. Head over to thewindow.barneys.com for more editorial features surrounding the campaign. Viva New York!

Kevin Martinez Out at Maxim