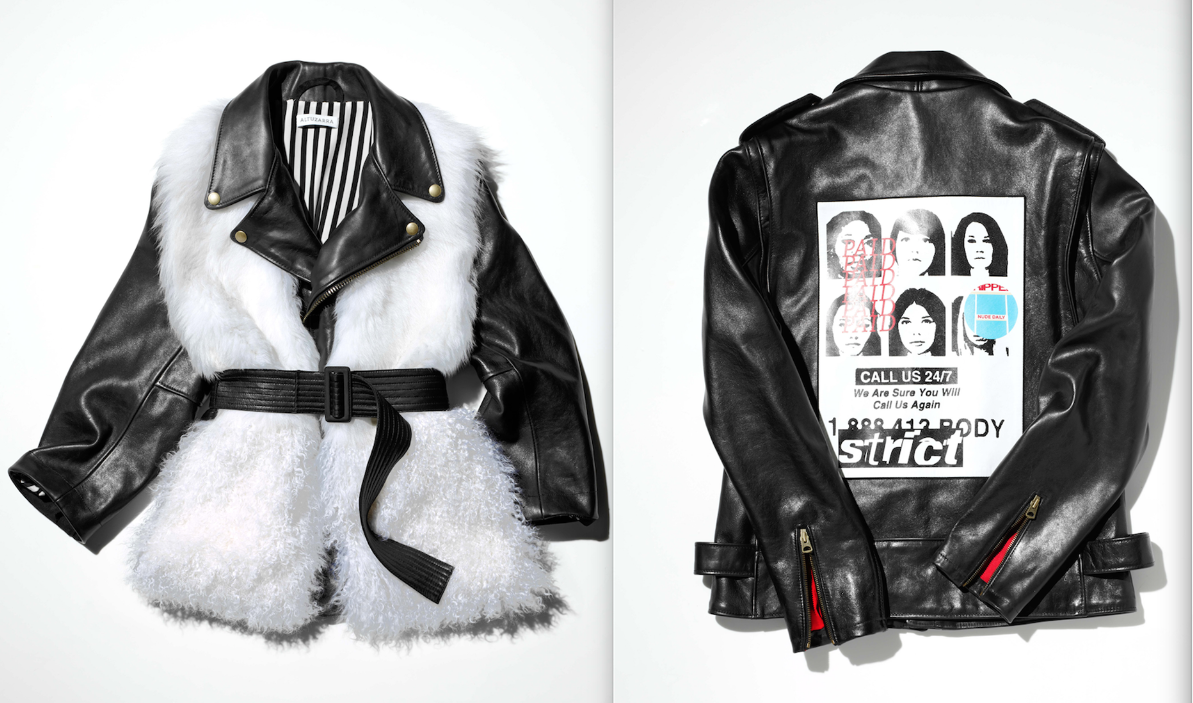 This isn’t a first for them: In 1986, Barneys New York hosted the “Denim Jacket” event, teaming up with renowned designers and artists such as Keith Haring, Jean Michel Basquiat, Andy Warhol, and Yves Saint Laurent, who reimagined the quintessential denim jacket into one-of-a-kind pieces. The jackets were auctioned for an AIDS charity at an event attended by superstars like Madonna, Debbie Harry, and Iman. Now, the 21st century take on the event includes an online charity auction with Christie’s and participation from an impressive roster of contemporary designers and artists including Helmut Lang, Azzedine Alaïa, Alexander Wang, Dries Van Noten, Riccardo Tisci, Isabel Marant, Joseph Altuzarra, Tim Coppens, and more.

The 23 leather moto jackets are available for bidding beginning today through March 22, with all proceeds going toward the two charities. Check out the designers’ pieces below, and see the rest HERE.