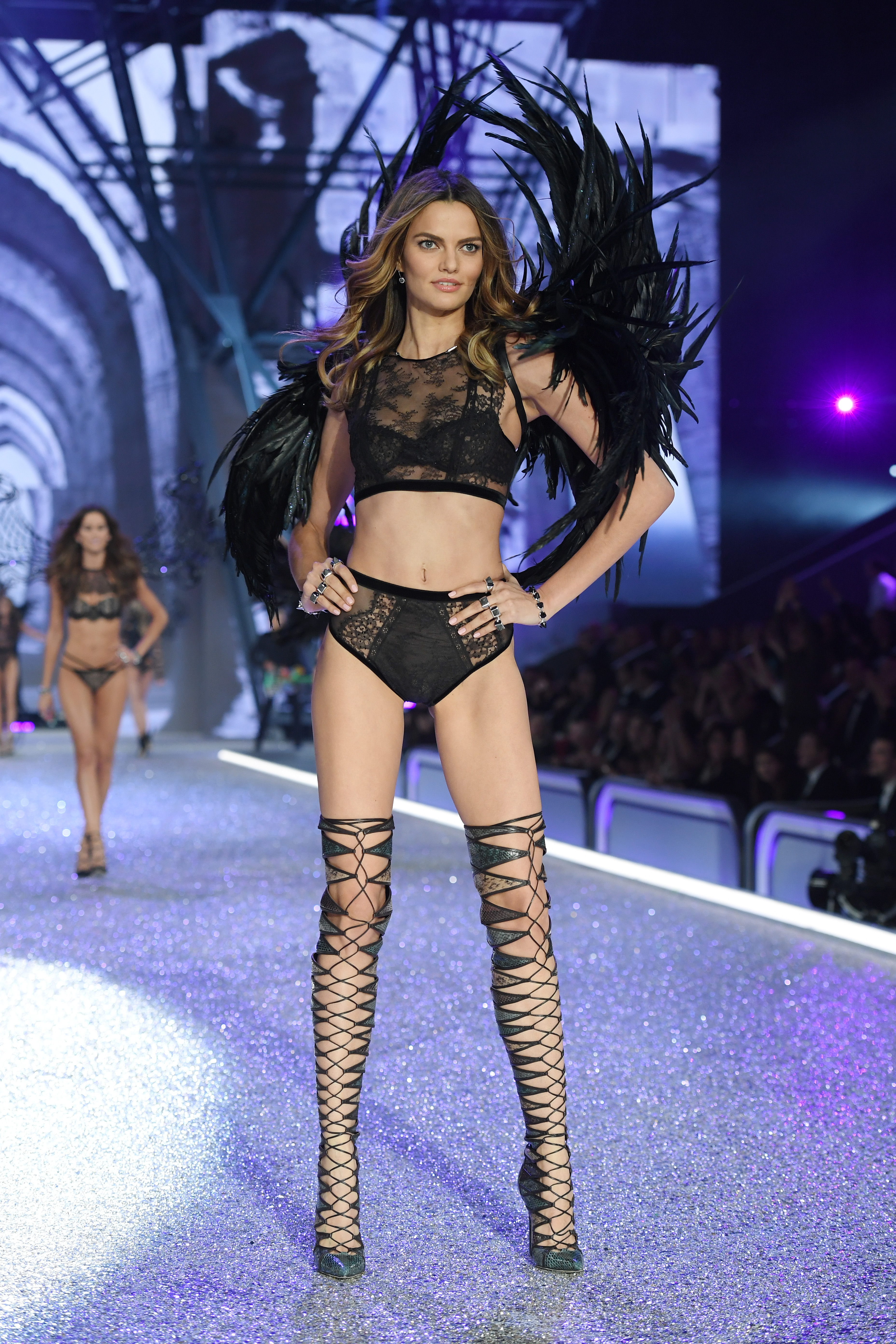 Counting down the minutes to tonight’s Victoria’s Secret Fashion Show? So is Barbara Fialho, a Victoria’s Secret model who’s celebrating her 5th year walking in the sexiest runway show of the year. The Brazilian beauty breaks down how she got into the modeling biz, her career with Victoria’s Secret, and what show day is really is like.

Barbara, when were you discovered as a model?
I was scouted in my hometown at 14. I was already 5’11” and it was a joke amongst my family that I would either be a model or a basketball player. I come from a very simple background and the opportunity to go to São Paulo for Fashion Week was beyond all my dreams! So my mother and I packed our bags. Three months later I moved to Paris and then to New York, where I’ve lived for the past 14 years. When I look back, there is so much to be grateful for—so many lessons and great experiences. However there’s a huge price to pay with the distance from my family and my loved ones. I love what I do, and I would do it all over again in a heartbeat.

At 17 you were working with Mario Testino and Carine Roitfeld. How did these relationships help your career?
Working with them for the Just Cavalli campaign opened so many doors. At that time I was a high-fashion model walking for big designers during Fashion Week, and I had the opportunity to work with incredible photographers. It all started with that shoot.

How did you begin your relationship with Victoria’s Secret?
I started working with them in April 2012. I knew John Pfeiffer from shows—he is their incredible casting director—and they needed a fit model in preparation for the show. I auditioned for that job and I fell in love with the process. Music has always been my biggest passion, and the concept of putting together a show has always been very interesting to me. I got to see each outfit come to life, from sketch to the runway. I had the pleasure to witness their development with each artisan, every decision, and I’ve learned so much!

PARIS, FRANCE – NOVEMBER 30: EDITORS NOTE: This Image has been converted to Black and White. Barbara Fialho has her Hair & Makeup done prior the 2016 Victoria’s Secret Fashion Show on November 30, 2016 in Paris, France. (Photo by Pascal Le Segretain/Getty Images for Victoria’s Secret)

What are some of your favorite memories from your first VS show?
My best memory was having the entire Bruno Mars band dance with me! It’s true when they say that a moment can change your entire career and life. It was so natural and it just happened—we didn’t rehearse it. I was ready as I trained to walk with my huge beach ball and massive hat, so when they all jumped on top of me I knew what to do. A beautiful moment was created that I’ll never forget.

Practice does make perfect!
Yes! I try to memorize things because we are all going through such an adrenaline rush—it’s important to be prepared.

Give us a sense of what the day of the show is like.
It’s a full day of running around, as we do the same show twice just like a Broadway program. We get there at about 8 a.m. and we have about two hours for hair and make-up before we start doing press interviews. Backstage is a dream come true—an explosion of pink! The Victoria’s Secret team takes such good care of us. We get very spoiled! The first show starts at 4 p.m., then have some time to rest and eat dinner. The second show usually starts around 8 p.m. It’s such an exciting day.

Do you watch the show once it airs on TV?
I usually watch it at the party that Victoria’s Secret puts together for us. It’s one of the best gifts, to be able to sit down with all the girls and enjoy the moment with no pressure.

14 VS Models Choose the GOAT Victoria’s...