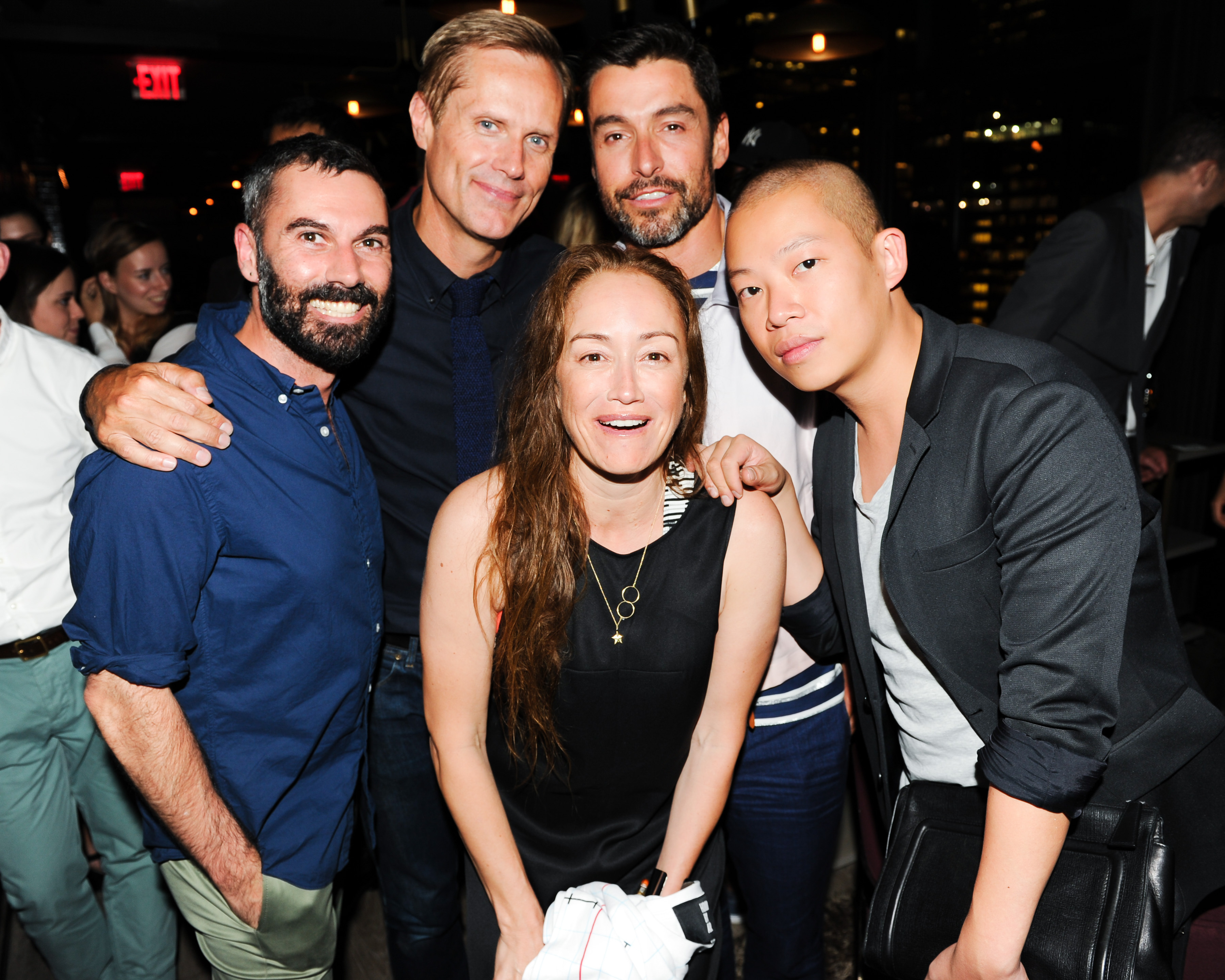 G’day! We’ll try our best to keep the Aussie slang down to a bearable minimum as we report on Tuesday’s 6th Annual Australian Fashion Foundation summer party, but it won’t be easy. AUSFF founders Malcolm Carfrae and Julie Anne Quay rallied their Oz friends (and a few Yanks) to The Skylark for their annual event to support their foundation which assists young Australians in the global fashion industry and once again sponsored by Woolmark. This year Ramon Martin and Ryan Lobo of Tome were listed as honorary hosts for the evening and dressed guests Ajak Deng, Bridget Malcolm, and Michelle Jank. “This event means a lot to me,” Carfrae tells us. “It’s a way for the entire ever-expanding Australian fashion community in New York to celebrate and raise money to bring the next generation over to join us. We’ve done well in the industry and it’s a way to give back.” Incidentally, Tuesday also served as Carfae’s last day as Calvin Klein executive vice president and chief communications officer before he joins Ralph Lauren as global head of communications, public relations, and media later this month. His family from Calvin, including Francisco Costa, Italo Zucchelli, and Jennifer Crawford, was there to lend their support to the evening, which also welcomed mates such as Ben Watts, Jason Wu, Sarah Winter, Ajak Deng, Elyse Taylor, RJ King, Cory Bond, Donna D’Cruz, Fern Mallis, and Lincoln Pilcher. What can one always count on when a group of Aussies in fashion gather? “There will always be laughter and raucous behavior in a room full of Australians. Not to mention some drinking.” He’s not kidding as the well rang dry rather early, but props to Wine Awesomeness, Wattsup Rosé, Dot Au, and Peroni for providing the spirits. Good on ya, mates.