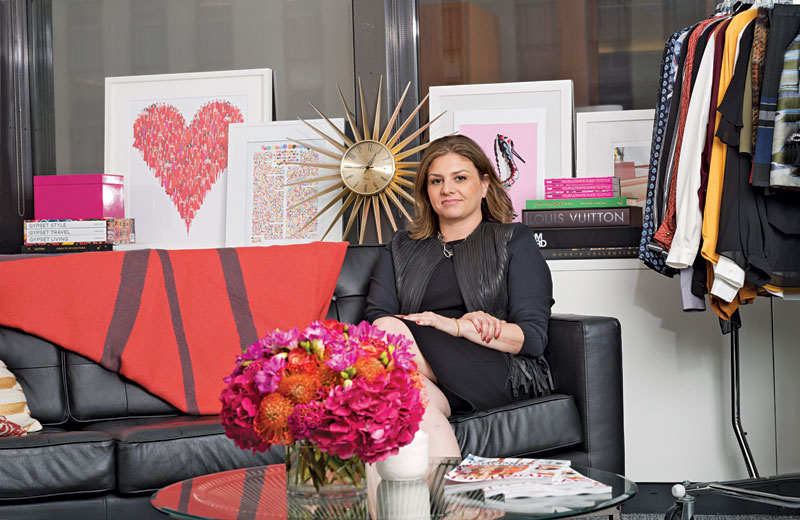 After several stints as what she calls a “number two” at Time Inc. magazines, Lisa Arbetter is now the leading lady at People StyleWatch. We visited the editor in chief’s new corner office to discuss her vision for the recent redesign and the magazine’s fresh message.

What’s new about the September fall fashion issue?
First, the cover has been evolving since I’ve taken over. We wanted to move past the old version with the big head. We feel the magazine is now not a celebrity shopping magazine as it used to be; it’s a magazine about street style.
And the design?
Our creative director felt that our new fonts and a pastel color palette felt fresher and newer. We’re really working to get the balance between cool and edgy but also approachable and soft with a little sophistication. And the pictures have just gotten so much bigger.
What about content?
In the past it was about celebrity, and now it’s all about street style. Street style has never been given a magazine treatment. And, of course, it’s never been shown in these big, bold, beautiful layouts, which is what magazines are so good for. Also, every page in the magazine is going to be interactive.
Are you the first magazine that’s doing this?
Yes. Through the blipr app, you can shop the page and contact the editor. There are also a few styling GIFs, which show you things like how to roll up your sleeves. We also worked with PledgeMusic to curate the issue with music. You can see who’s playing, and if you tap the page it takes you to their site and you can learn more about the song, or even download it.
What is People StyleWatch’s approach to street style?
Street style means different things to different people. To us, it’s anybody who is wearing what they wear on the street. We’re treating celebrities the same way we’re treating everybody else. If you have a good outfit and you put something together really nicely we’re going to celebrate it.
Who is the audience?
Millennials. We know that music informs their styles, so it felt strange not to have it involved with the issue. The whole idea behind the magazine now is that people don’t shop the way they used to. We hear this from consumers all the time, that they’re constantly shopping, constantly looking at things on blogs, on Pinterest, and in magazines.
What’s your favorite change about the September issue?
The diversity—style diversity, but also body diversity. And clothing that goes up to extended sizes is throughout the magazine. That audience is really underserved, and women are very fashion hungry. I want to appeal to any woman who is having fun getting dressed.
Why don’t you shoot the covers?
The cover differentiates us, and I think part of the DNA of the magazine is to have it sort of not so precious. It’s of that moment, and then it’s gone. And I think the pickup art gives it that energy. We actually cut these out as paper dolls, all the people we’re considering, and play with them. If we were to start shooting, we could be any other magazine.
Gigi Hadid is among your cover subjects. What is it about her?
She’s gorgeous, her life is out there, she’s friends with the Kardashians. She doesn’t seem like she’s expecting all of this; she doesn’t seem ungrateful.
Does returning to StyleWatch feel like a homecoming?
It does. I’ve worked at this company for 15 years. I’ve been at InStyle twice, I helped launch StyleWatch and I worked at People. Staying within the same company is helpful when you’re switching jobs because there’s a lot of the unknown that’s taken out of the picture.
Do you have a long-term vision?
My goal is to get more community focused—kind of what we’re doing on theoutfit.com, which is the companion site and is built as a fashion community of women who are posting pictures of themselves, commenting to each other, and supporting one another. It’s amazing how much love and support women give one another when they’re talking about fashion, and I would love to build on that feeling. A community of very diverse but very open-minded people who are talking about style and supporting one another—that’s my utopia.
Both InStyle and People StyleWatch are overseen by Ariel Foxman.… What’s your relationship with him?
I talk to him almost every day. We work very closely. We’re also very good friends, so we spend a lot of time together.
What has he taught you over the years?
The biggest lesson is that you have to say thank you to everybody. Like, everybody. He is the most relentlessly thoughtful person I’ve ever met in my life. If it even crosses your mind to write a thank-you e-mail note, he already did it 20 minutes ago. He’s just incredibly thoughtful. That goes a long way in building real relationships with people that you work with. 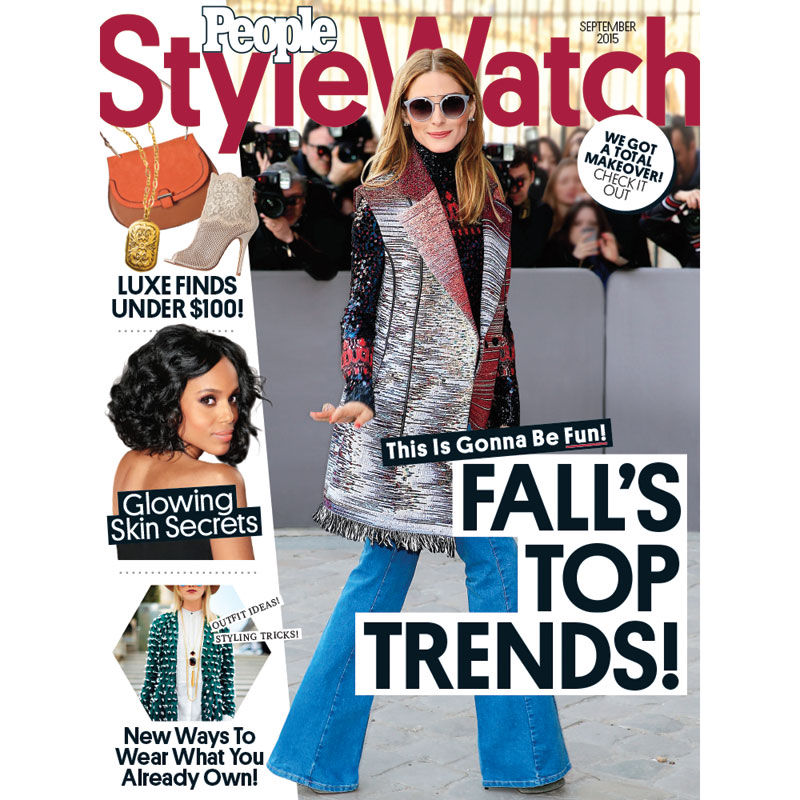