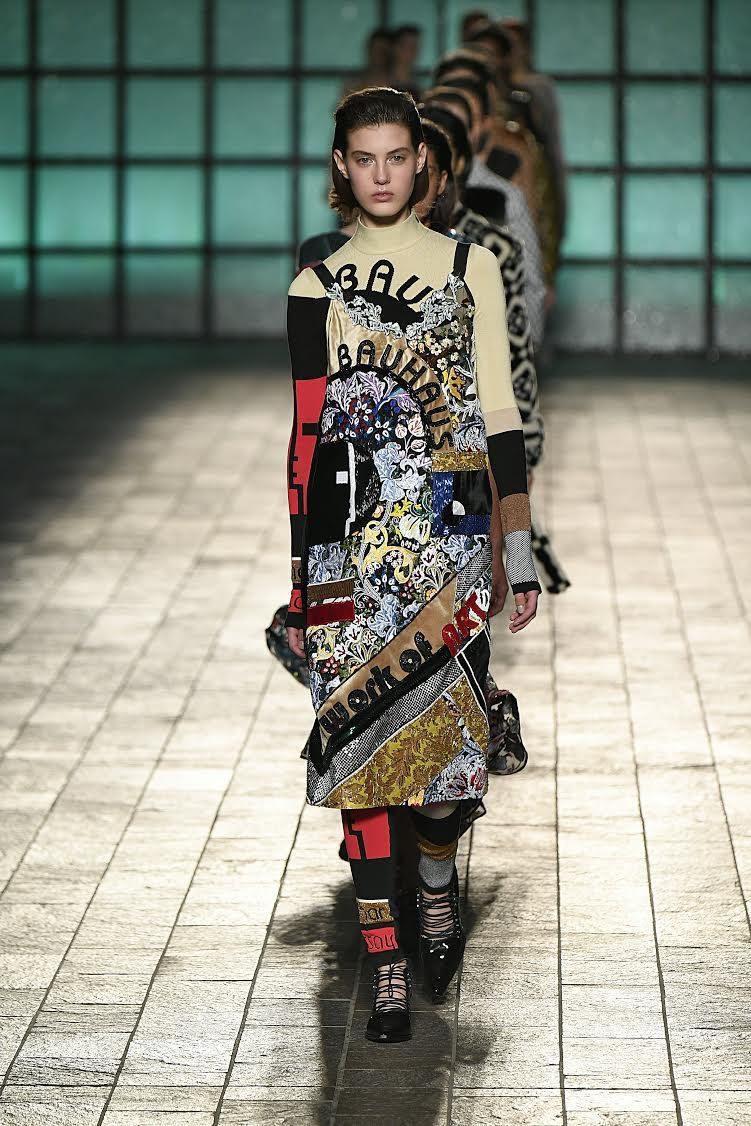 An Anti-fur protestor crashed Mary Katrantzou’s show over the weekend, storming the runway and reportedly shouting “shame on you for supporting this,” before being escorted off stage by a security guard.

#when you #hear that your #favorite #greek #fashion #designer has a #show in #lfw and you are so #happy that you want to #dance #zorba with a #policeman !!! #opa #marykatrantzou #antifur #protester #fujifilm #xt2 #documentaryphotography #aboutlastnight #fujifilmglobal

Here’s a video clip from The Cut‘s Diana Tsui to give you an idea of how it all went down:

Fur protestors have been seen a lot outside popular LFW show venues like the British Fashion Council’s space on the Strand — holding billboards of skinned animals and shouting for brands to stop using fur. According to Dazed, some attendees have been seen turning their fur coats inside out to avoid attracting the ire of the protestors while hopping between shows.

Fur is not nearly as popular as it once was in fashion. British retail giants like Yoox, Net-a-Porter, and Selfridges have stopped selling fur altogether, while designers like Michael Kors and Gucci’s Alessandro Michele, have been very vocal about their recent decisions to stop using it in their collections. Even Tom Ford, who once lined a runway in white fur pelts for models to walk on when he was designing for Gucci, has turned off fur in recent months, telling WWD “I have started using much more fake fur. I’m not yet ready to say that I’m fur-free. Now, however, I have limited the fur in these collections and, going forward, [I’m using only] food byproducts […] That means cowhide, it means shearling, it means not doing fur that is raised purely for its pelt […] No mink, no fox.”

For the record, there was no fur in Mary Katrantzou’s show, although she has been known to feature fur in the past.

Meghan Markle’s Wedding Dress Designer May Have Been Leaked, the Designer Behind Queen Elizabeth’s LFW Appearance