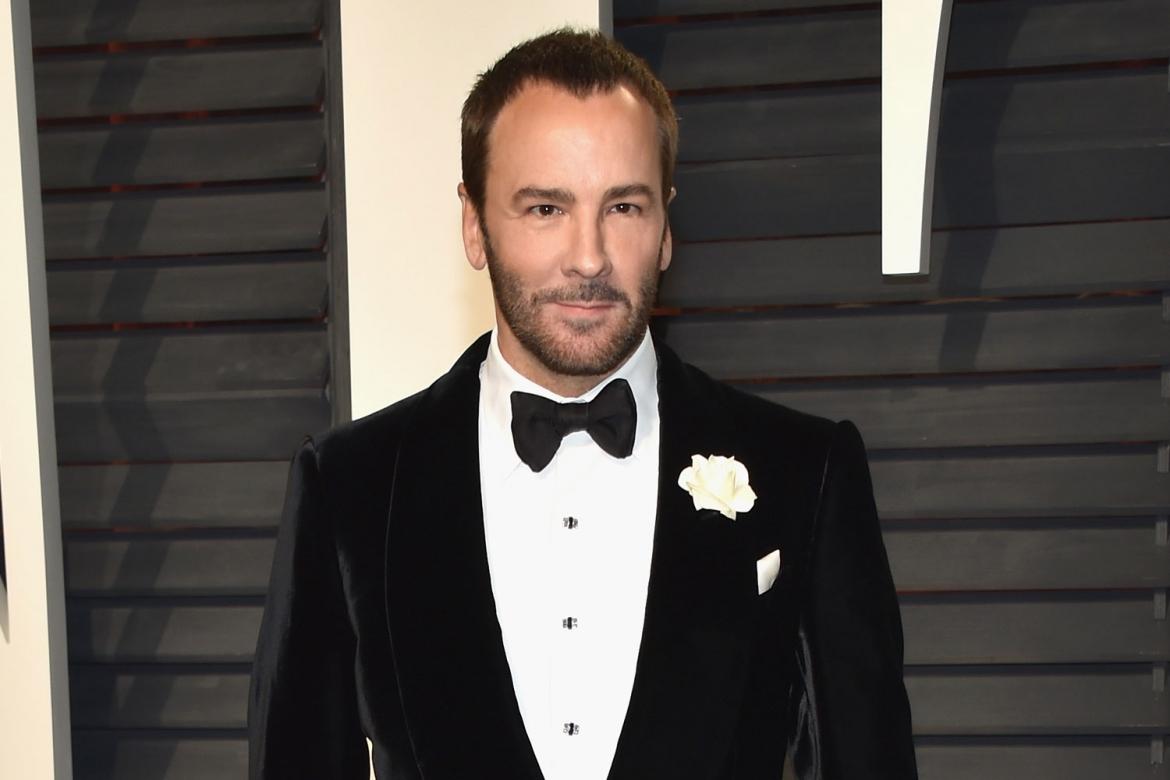 In a recent interview with WWD, designer Tom Ford revealed that not only has he been a vegan for nearly a year [shocked-face emoji], but it is actually starting to affect the way he designs his collections.

“The fur thing – of course, is a natural thing,” said Ford. “[Going vegan] starts to make you question that. I have started using much more fake fur. I’m not yet ready to say that I’m fur-free. Now, however, I have limited the fur in these collections and going forward to food byproducts, which does not sound very sexy. ‘I’m selling you a food byproduct!’ That means cowhide, it means shearling, it means not doing fur that is raised purely for its pelt.

“No mink, no fox. I have used a lot of fake fur this season. I’ve also used some shearling and what is called pony in the industry but it is not pony, it is cowhide. There’s longhaired cowhide and shorthaired. So I have been very conscious of using animal skins that are food byproducts. Because whether I’m consuming meat or not, other people are, so these are things that are collected.”

This is quite a change for Ford, who was a huge fan of fur during his days at Gucci – once even going as far as to cover the runway in pristine white pelts. 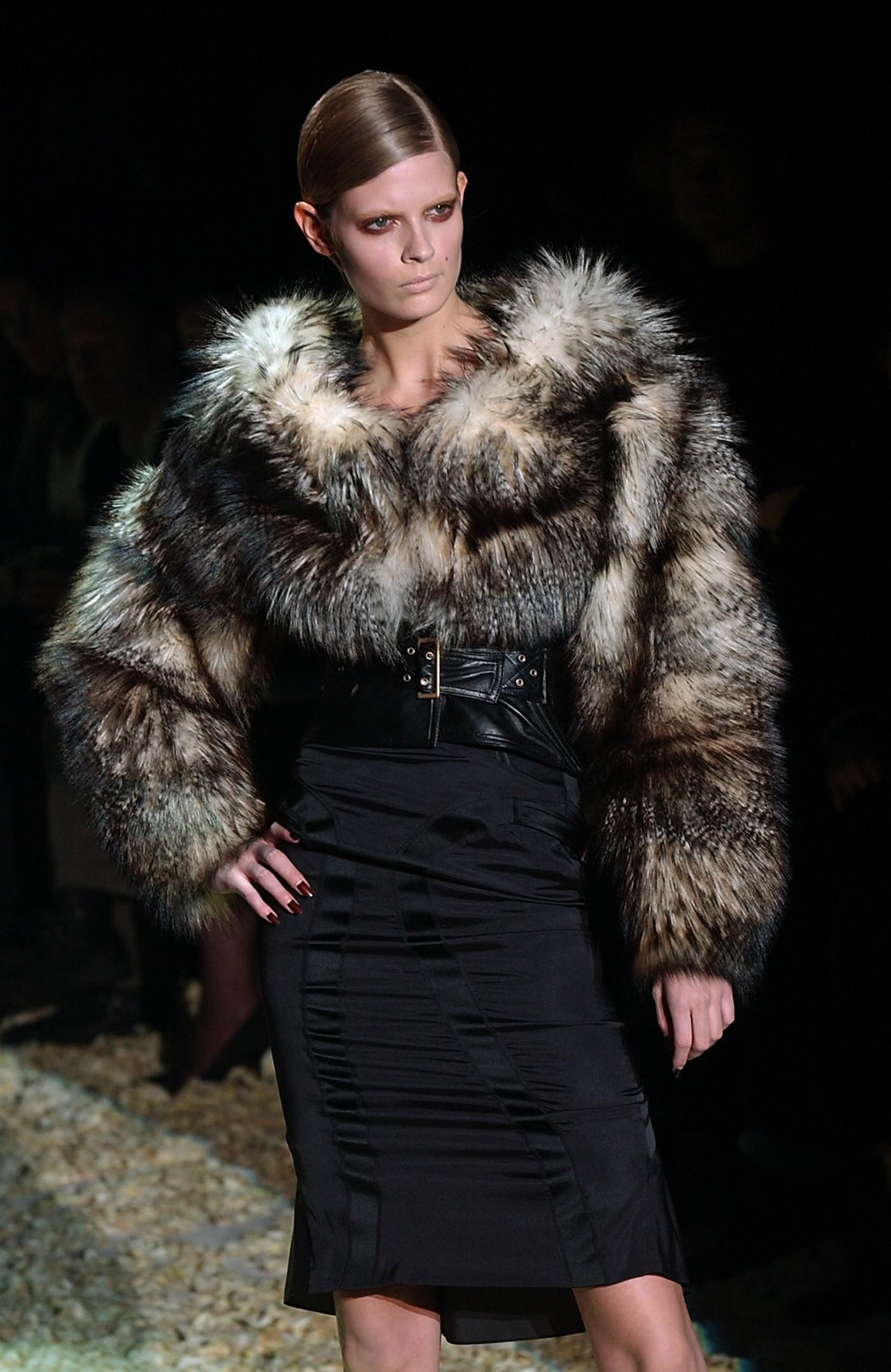 His love of fur got him in trouble at times, making him a target for groups like PETA. “I was attacked by PETA at a Women’s Wear Daily event,” Ford said. “A woman came up and started to talk to me, and I thought, ‘Oh, she wants to ask me a question.’ She reached in her handbag, and I could tell by the look on her face that she was reaching for something. I thought it was a gun. It was a giant container filled with tomato juice, which came flying out of her bag, all over me, all over my clothes, all over everything. It wasn’t that I was upset that I was standing there dripping with tomato juice, but it was one of the most violent, frightening things that has ever happened to me.”

Still, it was years before Ford began seriously rethinking his relationship with fur. These days, Ford is opting for faux fur over fox or raccoon, but he acknowledged that choice has its own drawbacks.  “I’m also very torn about this because fake fur is terrible for the environment. People think of fake fur as a disposable thing. They buy it, they wear it a few seasons, they throw it away, it doesn’t biodegrade. It’s a petroleum product. It is highly toxic. And then, you could argue that tanning leather is a highly toxic process. A fur coat gets recycled. People wear them for 30 years, they give them to their kids, then they turn them into throw pillows. So I don’t know the answer to that. I’ve been very honest, and it’s probably going to get me in all sorts of trouble with everybody, but I don’t know the answer.”

Sadly, there are no easy answers when it comes to fashion and the environment. The important thing is that Ford and other designers are trying to find a better way forward.

Solid & Striped Recruited 13 Supermodels to Design Their Own Swimsuits