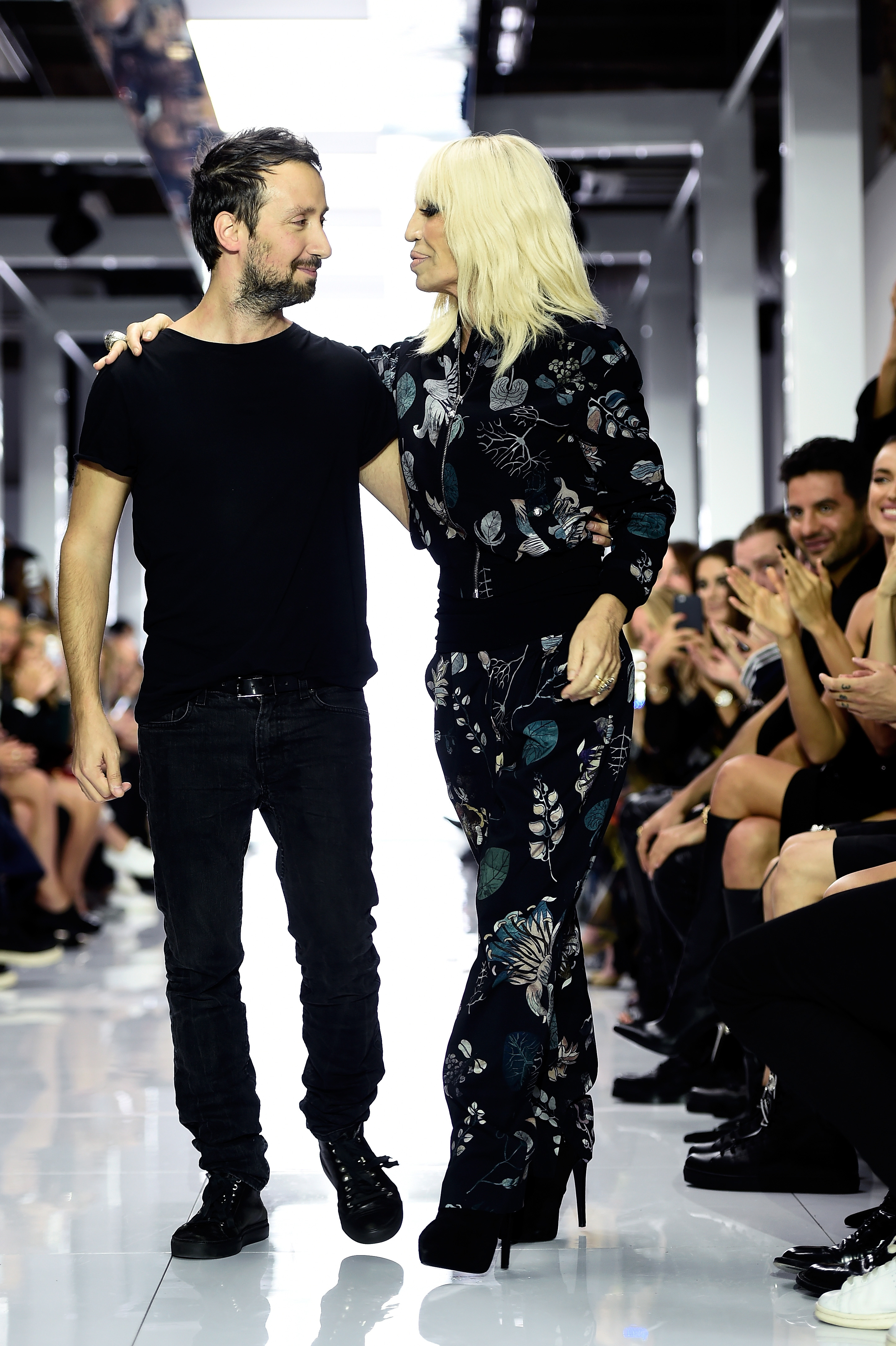 LONDON, ENGLAND - SEPTEMBER 19: Creative director Anthony Vaccarello and Donatella Versace appear at on the runway at the Versus show during London Fashion Week Spring/Summer 2016 on September 19, 2015 in London, England. (Photo by Ian Gavan/Getty Images)

“While I’m sad to see him leave the Versace family, I wish Anthony Vaccarello tremendous success with his next chapter,” said Donatella Versace in a press statement. “In the past several years, I have worked with three great young talents on Versus Versace: Christopher Kane, J.W. Anderson, and Anthony Vaccarello. In each instance, their time on Versus Versace led to them making a huge advancement in their design career. I appreciated the chance to work with each of these three designers, and I enjoyed seeing what they brought to a brand I truly love. I’m proud that Versus can be such a remarkable global platform for emerging design talent. As for the future, I’m most excited about taking on a bigger role with Versus, and doing what I always do—surprising everybody!”