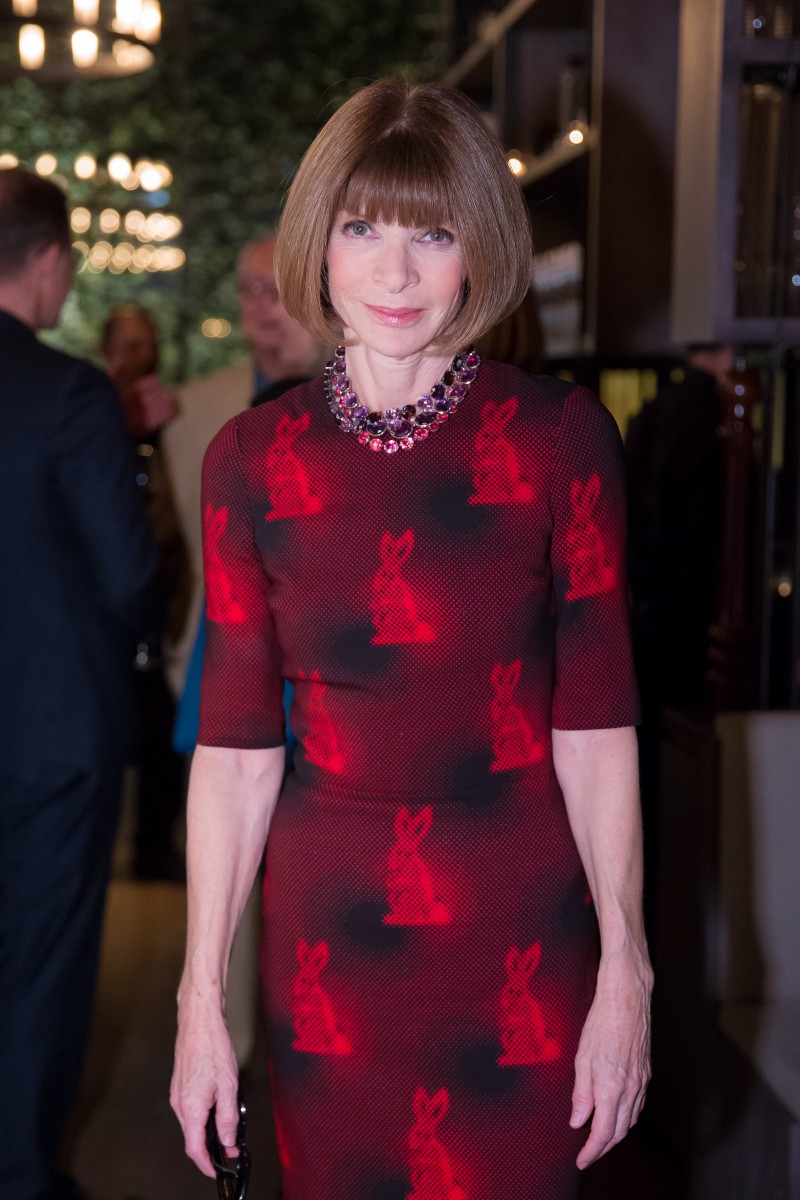 Anna Wintour is on the campaign trail, again!

Vogue’s editrix will host a fundraiser in London with Chelsea Clinton for her mother’s presidential campaign, at the home of Net-a-Porter founder Natalie Massenet. The big event will take place on the last day of London Fashion Week, February 23, with a discussion and reception to be held at an undisclosed private art gallery in Mayfair. A ticket, which costs $500 for guests and $1,000 for supporters, includes a photo op with Chelsea. A dinner and reception at Massenet’s home will follow, with each plate priced at a cool $2,700.

This is the second fundraiser Wintour will spearhead abroad for Clinton’s campaign. Last season, she hosted an event in Paris, along with Clinton aide Huma Abedin, at American financier James Cook’s residence. The aim was to bring in dollars from wealthy Americans living abroad, particularly those in fashion.

In order to attend, guests must be American citizens or permanent residents with green cards, with the exception of spouses and partners.

Not being a bitch but I think it’s actually illegal to raise funds internationally for a US Political campaign.

Not if the funds come from Americans! I hope that there will be those attending who will bring up the issues loud and clear regarding the plight of approximately 9 million Americans living overseas and the associated affected populations vis-à-vis FATCA (Foreign Account Tax Compliance Act) and the US practice of Citizenship Based Taxation (CBT) aka Taxation Based Citizenship. The ONLY country in the world (save Eritrea) which practices this type of taxation! For us normal, average Americans overseas, it is ruining our lives! Ms. Clinton and Ms. Wintour and company need to hear and understand this issues and communicate back to Hillary Clinton!