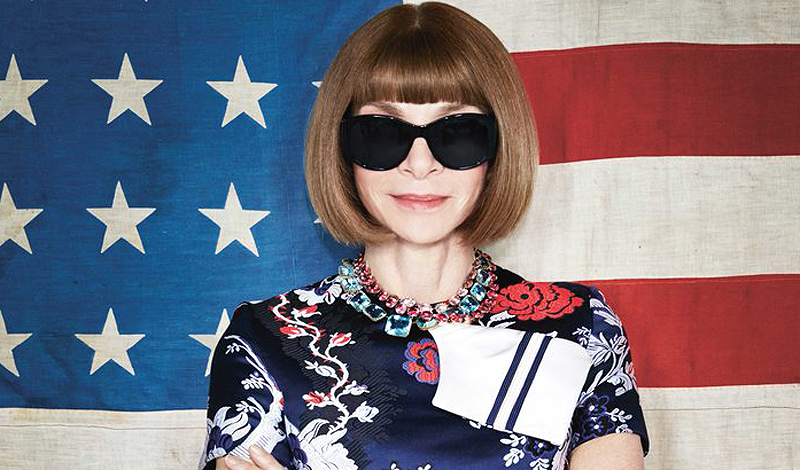 Anna Wintour Covers Business of Fashion’s New Print Issue [BoF]
The Vogue editor-in-chief is shown standing in front of the Stars and Stripes for the America-themed issue lensed by Patrick Demarchelier.

Khloe Kardashian Defends Kim Over Flu Tweet [Vogue UK]
Isn’t that what sisters are for?

Life-Size 2 is Officially Happening [The Cut]
Tyra Banks will star in the sequel of Life-Size, which is set to air in 2018 with a holiday twist. Lindsay Lohan, who played her partner in crime Casey in the movie, is not expected to return.

Alice Roi on Dressing First Lady Melania Trump [Pret-a-Reporter]
Roi shares her thoughts about crafting unique looks for the First Lady, and the role Trump plays throughout the design process.