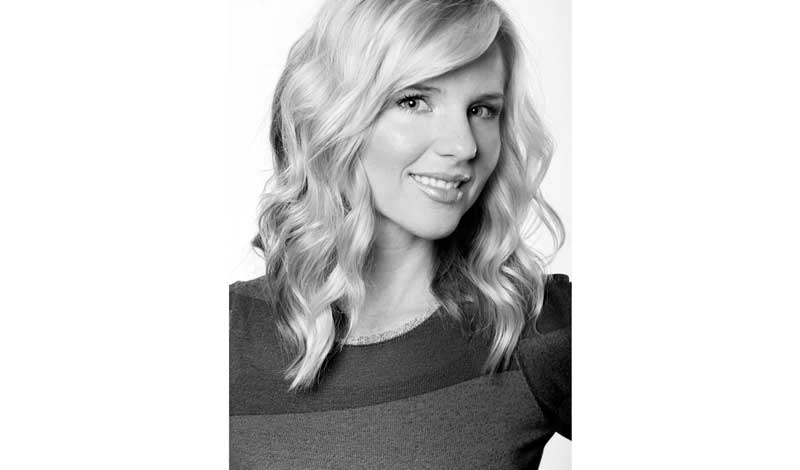 When Kristen Stewart revealed a new bad-ass buzz cut last month, we sought out the daring stylist behind the look. Meet Bridget Brager, the go-to coiffure master for Kate Bosworth, January Jones, and Chris Pratt, who also works with mod-on-the-rise Paris Jackson. She discusses what styles A-list clientele are loving these days, spring trends to look out for, and more!

How did you get into the beauty biz?
I grew up in a small town in Arizona, and I planned to go to school to be a dental hygienist. Two years in, I met my husband, Michael Brager, who’s a model. He was doing really amazing stuff, like campaigns for Giorgio Armani and Ralph Lauren. I knew nothing about the industry, and I almost didn’t date him because he was a model—I thought it was a strange way to make money! I would travel all around the world with him, and go to his photo shoots and hang out with the hair and makeup teams. They became my new friends. We got married, moved to Seattle, and I decided to go to Gene Juarez Academy for hair. Two years later, we moved to New York, and I started assisting the biggest men and women in hair.

How did you land the assistant gigs with major hairstylists?
Michael’s modeling agent would send me their guys and girls and I would style them in my apartment. Michael was working with this amazing makeup artist at Ralph Lauren and she had a huge job with Bruce Weber. But she couldn’t cut hair. Michael was like, “Hire my wife. She’ll assist you and cut the hair.” We did that for about six months. Anytime she had a grooming job I would hop on board. Then I started assisting Sam McKnight and Bob Recine and Danilo. I assisted Sam for Chanel, which was amazing. I would also travel with Danilo all around the world, like Cannes and the Life Ball in Vienna. My other big jobs were backstage at New York Fashion Week, for Max Mara, Jil Sander, and Jill Stuart.

When did you start accruing your own clients?
My last year in New York, I started doing a lot of the Victoria’s Secret girls. I would do actresses here and there, but it wasn’t huge in New York. Then I moved to L.A., and that’s all I do now. One of  my first big clients was Jenna Dewan Tatum for the Oscars. Jenna, Channing [Tatum], and Michael shared a models apartment when they were 18 in New York. She’s still a client today.

Who are some of your pals in the Hollywood beauty industry?
I work a lot with Pati Dubroff, who is an amazing makeup artist. A great colleague of mine is [makeup artist] Kayleen McAdams [Rachel McAdams’ sister].

Kristen’s buzz cut was a huge moment, and more women have buzzed their hair since, like Katy Perry. What was that conversation like?
Kristen had wanted to shave her head for the longest time. She’s never been able to do it because of work. There was an opportunity with her newest movie to decide who her character was. We were working together one morning and she mentioned that she wanted to shave her head, and I said, OK, we can totally do it. She flipped. She was like, We can do this today? I got in contact with Chanel, and we got the OK. We had an hour and a half before the premiere of her film, Personal Shopper. We dyed her hair platinum blonde and shaved her head. It was pretty intense. I was so nervous because they decide very last minute to do these kinds of things and you never know what kind of ride it’s going to be.

Do you ever style Stella Maxwell?
No, but I met her and I hope that comes through! She’s so gorgeous, and she’s the sweetest and coolest girl I’ve ever met.

Who are some of the other familiar faces you work with?
Kate Bosworth—we just did the Vanity Fair Oscars After Party. She was so gorgeous on that carpet. We always try to do something modern for big carpets, and she really allows me to play with her hair. I also style January Jones. We did a major haircut a couple weeks ago—I gave her bangs and a shag. She texted me and was like, “Bridge I need a change,” and she showed me her inspiration for summer: Blondie and Jane Birkin. My one guy client is Chris Pratt. I’ve worked with him since his career started. I was just in Tokyo for a press tour with Chris and Anna [Farris] for Guardians of the Galaxy 2, and it was amazing.

NEW YORK, NY – MAY 02: Kate Bosworth attends the “Manus x Machina: Fashion In An Age Of Technology” Costume Institute Gala at Metropolitan Museum of Art on May 2, 2016 in New York City. (Photo by Larry Busacca/Getty Images)

Have more of your clients been asking for dramatic haircuts?
Yes, but when the season changes it’s like a physical reaction. We are chameleons! We should be excited to explore, and I love having a hand in that.

You’re part of the team that’s helping Paris Jackson build her image. What’s that like?
Paris is amazing and she has a thought about who she is. It’s not about pitching her an idea about what we could do or change. She knows. And I think it’s why she has been successful and why IMG scooped her up. She’s got something that’s more than just a name. She’s really special and interesting and gorgeous. Her features are stunning. It’s more about hoping that I nail the vision that she sees for herself. There will be so much more to come for her. 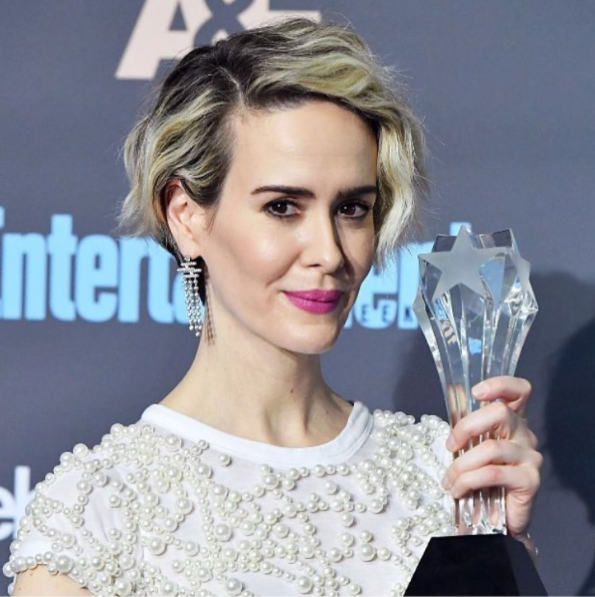 Which trends and styles are you anticipating for spring?
Now is a big time to shed layers. Women are badass and they have kids and full-time jobs and are running major businesses, and they’re beautiful for a million reasons, not just because of their traditional beauty. I love that. More girls are going to bed with their hair wet and just touching it up with a little hairspray or a little oil. I love seeing textured hair that isn’t being tamed, but softened. More women are going to be cutting their hair and getting bold cuts. I don’t think the lob has ever gone away and I don’t think it needs to. It’s a gorgeous cut and it exposes the clavicle, which I think is so pretty on girls. As far as color goes, it’s Coachella hair in L.A. right now. The coolest one I’ve seen is geode hair. It’s a soft rainbow coloring. A lot of girls are also doing melted hair colors. And maybe more shaved heads. I think it’s happening!