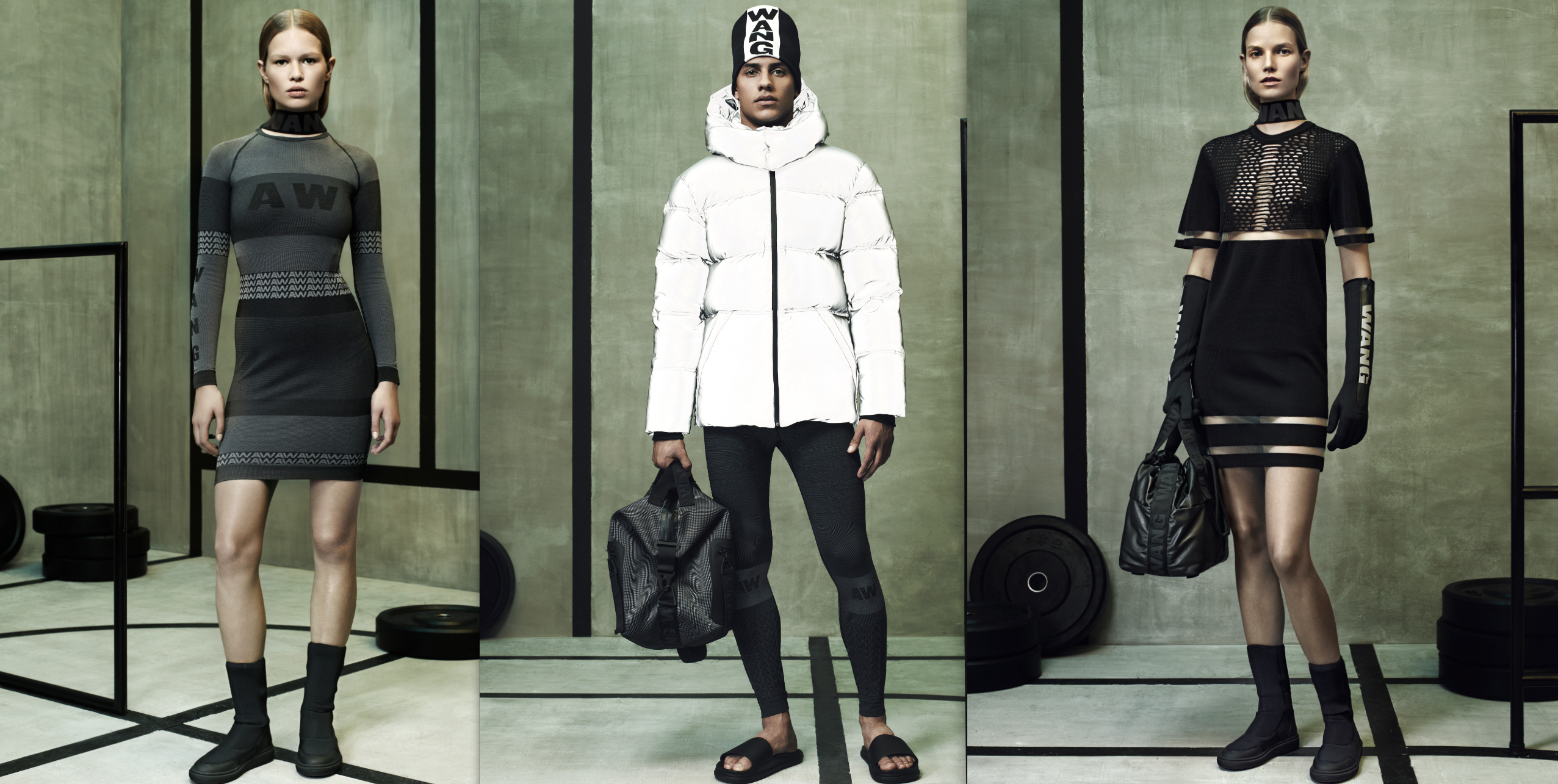 This morning, a bevy of fash editors endured the drizzly weather situation to pile into Nolita’s St. Patrick’s Youth Center and listen to Alexander Wang chat with Vogue‘s Sally Singer about his hotly anticipated H&M collab, with the retailer’s creative advisor, Margareta van Den Bosch, weighing in as well. The crowd, which included lots of international journalists (we sat next to a coterie of Glamour Paris eds, and the Aussie fashionettes were very vocal during the audience Q&A portion!) perused racks of the collection. The garb will be on sale for the chic set tonight at the designer’s epic bash way, way uptown, and on November 6th for the masses. Without further ado, a dozen interesting tidbits from Wang about the collection (and his proclivity for 4 a.m. emails).
BY ALEXANDRA ILYASHOV

The 411 on the pair-up with H&M: “I’ve always wanted to try performance and active wear, which is a category that H&M hasn’t done before with its collaborations. It’s a genre of clothing that isn’t discriminated by price point…everyone I know works out, is active, and always running around…I’ve always had an infatuation with how performance wear is made: the way seams are welded and knits are seamless.”

Raging at the club inspired the collection, sorta: “The first thing that came to mind was sports at night. When you go out dancing, you sweat and you need to move. Things really have to perform, unlike fashion clothes. They can’t just look good….when you say something is waterproof, it has to be waterproof. It can’t just be water-resistant.”

He even considered (very carefully!) how you’re going to wash these threads: “I’ve never done such intense care labels before!”

Much of the collection was made in Italy… “It was a big learning experience. When you’re doing the quantities that H&M does, you can produce in Italy! It elevated things; it was so great.”

On the accoutrements: “We did little boxing glove key rings and whistles. The shoes are hybrids of things we all know, like shower slides or kickboxing shoes done in neoprene.”

Yes, the Freja bootie is indeed back, with a twist: “We actually reintroduced one of our shoes from way back in Spring 2010, the Freja boot. We added an Aquasock-like neoprene element. There are also two knit styles from one of our collections three years ago that we reintroduced but changed the pattern on.”

A shoutout to his posse of employees: “I have an incredible, incredible team that I depend highly on. They’re really the little magic workers behind the scenes.”

What it’s like working for Wang: “I always tell people on team, ‘You’ll get emails at 3 or 4 a.m., but there’s need to answer them! I’m just sending them so they’re out there.”

The trick to juggling design duties for his eponymous line, T line, Balenciaga, and this H&M collab: “My phone!…If I don’t write something down, I’ll forget it five minutes later.”

More on that Coachella launch: “I love Coachella; I’ve gone for six or seven years now. There’s so much energy, and I’ve always loved music. I’ve always wanted to do something at Coachella, and wanted to find the right opportunity to do that…H&M does a Coachella event called H&M Loves Music, and I did an event. People got separate invites, and we found a venue with two separate entrances with separate addresses. Upon entering the party, people found out about the collaboration! Our Instagram account was dormant for two or three years. I figured if we were going to do Instagram, we had to have a different voice and approach. So we launched it [during Coachella] on Saturday night at midnight.”

A teaser on tonight’s blowout bash and runway show for the collab: “It’s a venue you hopefully haven’t gone to before, which is an indoor track and field center up in Harlem on 168th Street, so don’t take too long to get up there, it’s a little far away! I think everyone’s going to be blown away by what’s there. It’s fully interactive with nonstop energy. Get lots of rest today, because you’re going to need it tonight!”

The design process, working with H&M’s Bosch, was quite covert: “We had code names for everything, and changed locations each time we met; we’d meet at different hotels, one of us would enter in the back entrance, the other would go through the front…”